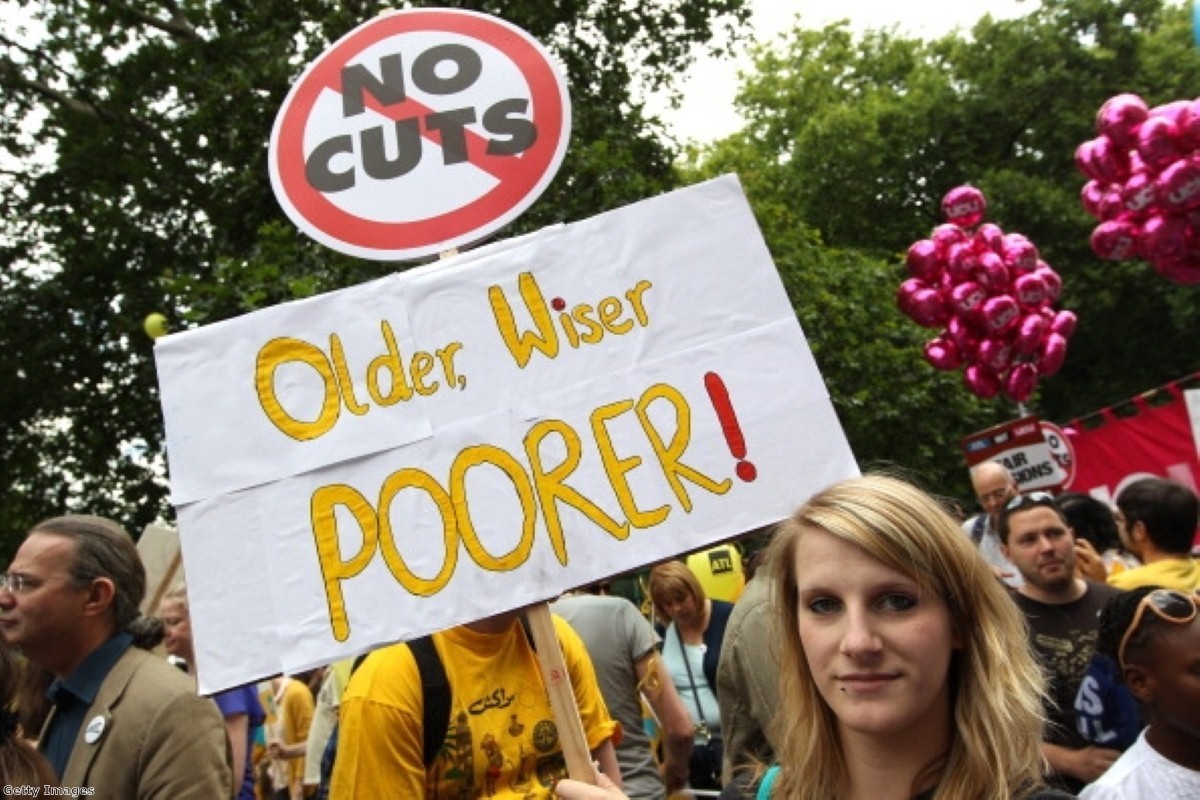 The week in politics: A textbook walkout

Teachers standing up for naughty kids. The prime minister rebuked by someone less important than him. Ed Miliband trying to break with the unions. What on earth is going on?

It's been another surprising week in politics. Putting it mildly.

This was the week when the Association of Teachers and Lecturers union, that bastion of moderation, went on strike for the first time in their 127-year history. It's public sector pensions which have riled up the classroom, and the wider civil service; although, as Cabinet Office minister Francis Maude smugly pointed out, less than half of Public and Commercial Service union members actually walked out.

It was a different story when it came to the teachers, who managed to disrupt or close two-thirds of the country's schools with their strike action. Their march in central London summed up the odd spirit in which the strike was conducted: even when doing something inherently reprehensible, they managed to keep public order. As our man on the scene observed, they were much more of a match for the police than an entire division of black bloc anarchists.

It was no different in the Commons chamber this week. Prime minister's questions is supposed to be about the battle between David Cameron and the leader of the opposition. Not according to Speaker John Bercow, who archly told the PM that the session was "principally for backbenchers". He had interrupted Cameron during his big wind-up against Miliband, making the PM fume with rage. The Commons chamber is the one place in the country where the Speaker does out-rank Cameron, after all, which is why the PM was so red-faced with impotent rage. This first open spat could mark a turning point in their relationship – between obvious dislike and open hostility.

Completing our trio of improbable events, we turn to Ed Miliband. Remember this was the Miliband brother who won the leadership election because of the unions. He may have lost the contest when it came to Labour MPs and party activists, but that hasn't stopped Ed unveiling proposals which could fundamentally reduce the power of organised labour within – well, within the Labour movement. Given that the party relies on the unions for funding, there may be trouble ahead.

There have been equally significant, but perhaps not as surprising, reality checks in the last seven days, too. The visit of Chinese premier Wen Jiabao was a timely reminder that Britain's foreign policy remains rooted in making money, not the interventionist impulses triggered by the Arab Spring. Britain's past moaning against the EU budget had to be turned into genuine opposition after the European Commission defied France and Germany as well as Britain on Thursday. And all the while, politicians had half an eye on Greece. Its MPs prevented a major crisis by voting through a severe austerity package which makes Britain's pale into comparison.

At home, the coalition launched its proposals to introduce more of a market dynamic into the higher education sector. That sounds familiar, doesn't it? Universities minister David Willetts will be hoping he doesn't become the next Andrew Lansley, as the backlash against competition switches its focus from the NHS to education. Have the seeds of another U-turn been sown? Stranger things have happened…