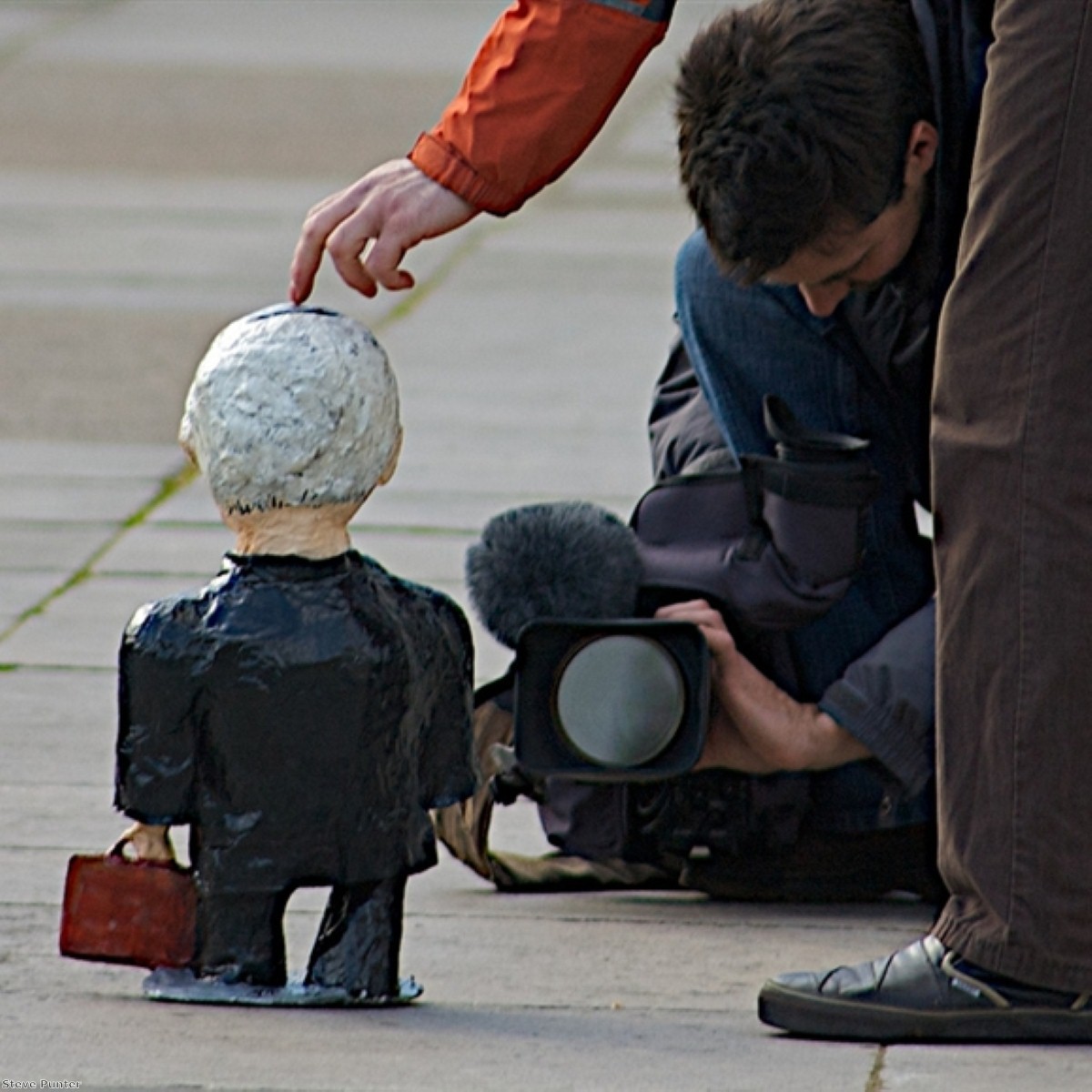 PBR sketch: To boredom, and beyond!

Alistair Darling delivered his Pre-Budget Report with all the fighting tendencies of a semi-runover hedgehog.

The chancellor is usually an expert at boring his audience to sleep, often a virtuous characteristic for residents of No 11.

Today he went a step further. He bleated out this PBR apologetically, with an air of profound regret.

“The period ahead is going to be challenging,” he sighed.

“This will mean cuts to some budgets,” he moaned.

“Our priorities is to protect those services which are essential to the health of our society,” he lamented.

Even when it’s good news, Darling was about as full of beans as a wilting flower.

Don’t let the misery get you down. Initially, at least, the Labour backbenchers were offering fervent support to their chancellor as he wound up the electoral pressure.

“No government can prevent every job loss. But even now… 2.5 million more people are in work than in 1997.” Desperately keen ‘hear-hears’ followed. Only Labour can continue to bear grievances after 12 years in power.

The dividing lines were clear. Darling refused to “cut the support” which could “wreck the recovery”. He finished by lacerating the “austerity driven by an outdated dogma” which was on offer from the opposition. Having bashed the bankers round the head with a whopping 50 per cent tax on all bonuses over £25,000, he was finally turning his ire to the Tories.

Osborne, who got to have a go in response, was up for the fight. “He faced a choice,” he began, that word cropping up yet again.

The soundbites, which he had been furiously scribbling for the previous 50 minutes, poured out of him, apparently uncontrollably.

“Never trust a Labour government with your money again!” he yelped. “The prime minister wants to get the forecasts wrong on purpose, whereas the chancellor wants to get them wrong by accident!”

Brown grinned at this, clearly in good mood. He had enjoyed a relatively easy ride through PMQs earlier. Perhaps he was recalling telling David Cameron, who has recently returned from the wastes of Helmand, that “I’m very pleased he was able to go”, whether from a desire to see him exposed to the ravages of the Taliban or not.

The prime minister did not maul Cameron as he did last week, but took full advantage of the Tory leader’s only tentative question about the PBR.

Cameron wanted to know whether Brown approved of his plan to cut ministerial salaries by five per cent.

“Our deficit reduction plan includes major changes in the way the government operates,” Brown said scathingly in reply, mocking Cameron’s preoccupation with expenses and the utterly irrelevant state of the Commons.

What on earth was Cameron thinking! Today is about the economy, stupid. We’ll be returning to expenses tomorrow.