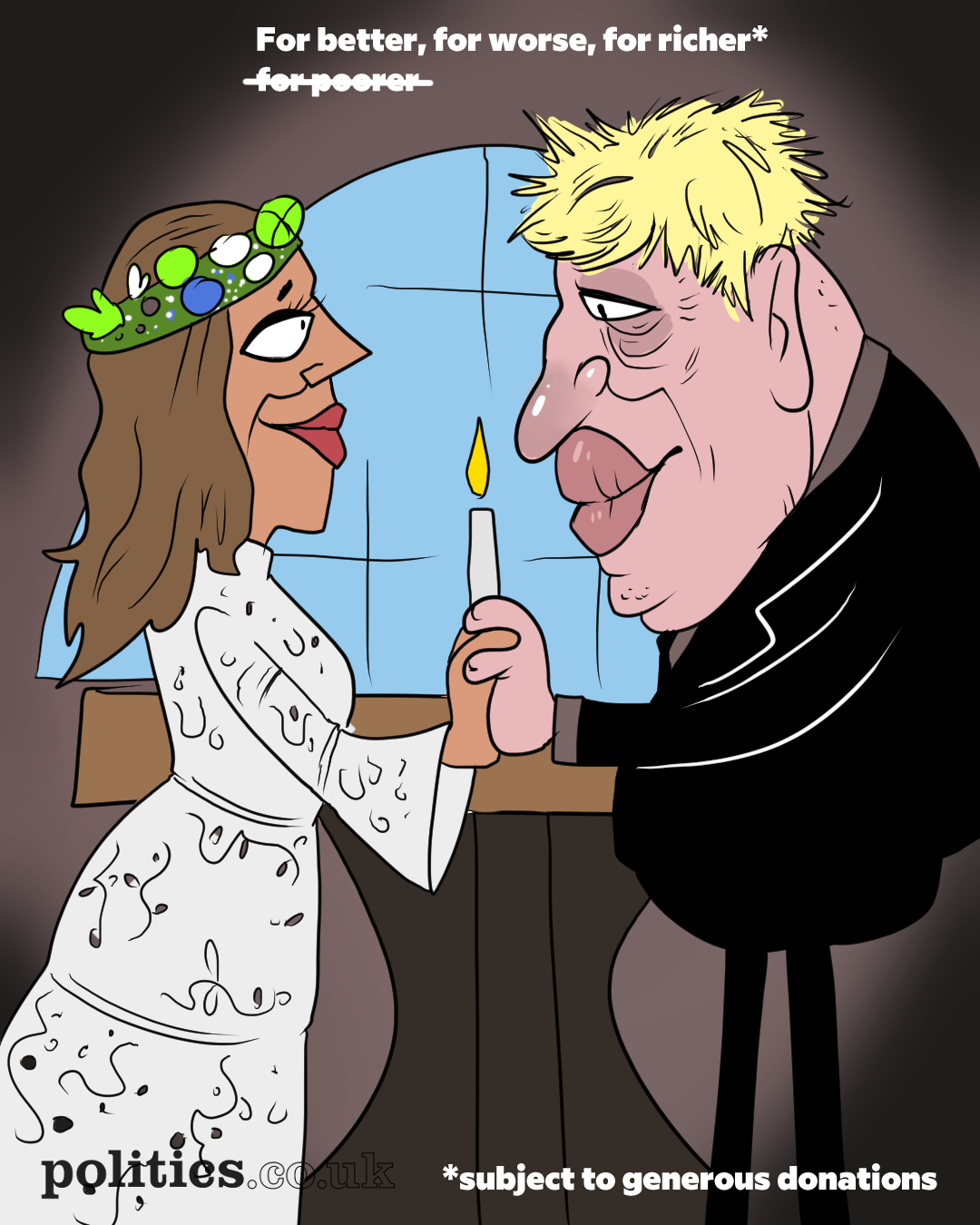 For better, for worse, for richer 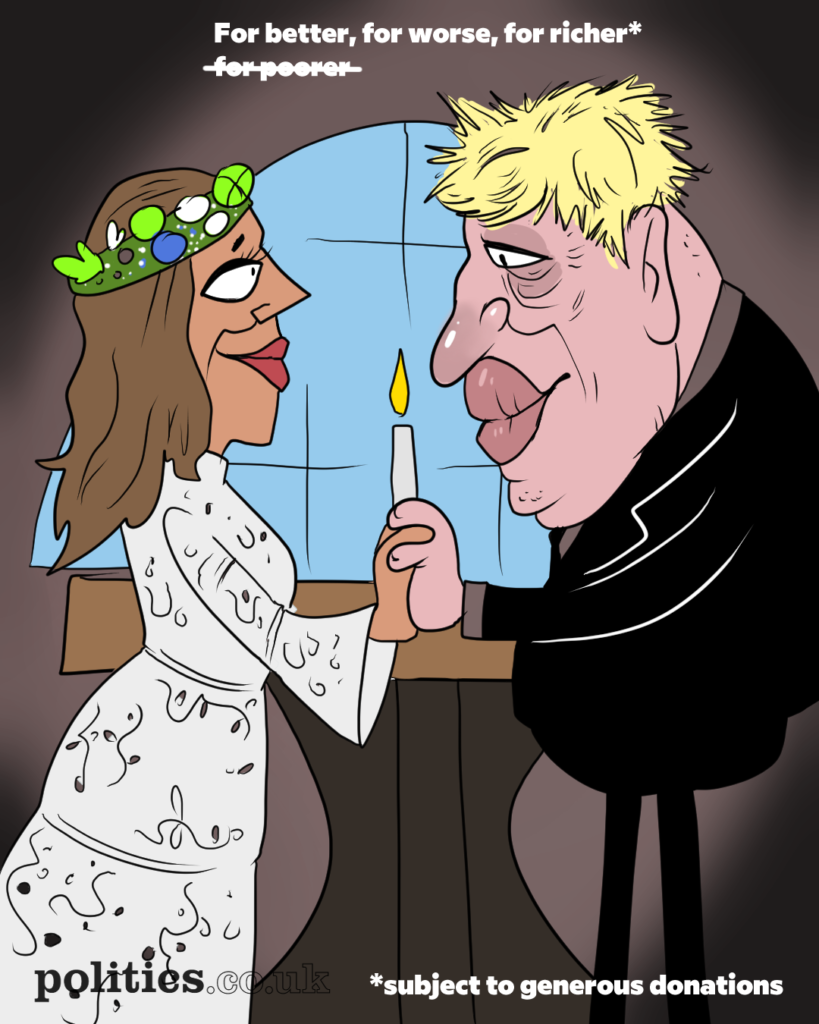 Boris Johnson took everyone by surprise on Saturday by marrying his fiancée Carrie Symonds in a ‘secret’ wedding at Westminster Cathedral.

Tourists were reportedly ushered out of the building as it went into lockdown ahead of the ceremony which, in line with covid guidance, only 30 guests were permitted to attend.

A Catholic service for the twice-divorced Johnson was only allowed because his previous nuptials were not recognised by the church for being outside of its jurisdiction.

The couple celebrated their marriage, the first involving a sitting prime minister for nearly 200 years, afterwards in a reception at Downing Street.