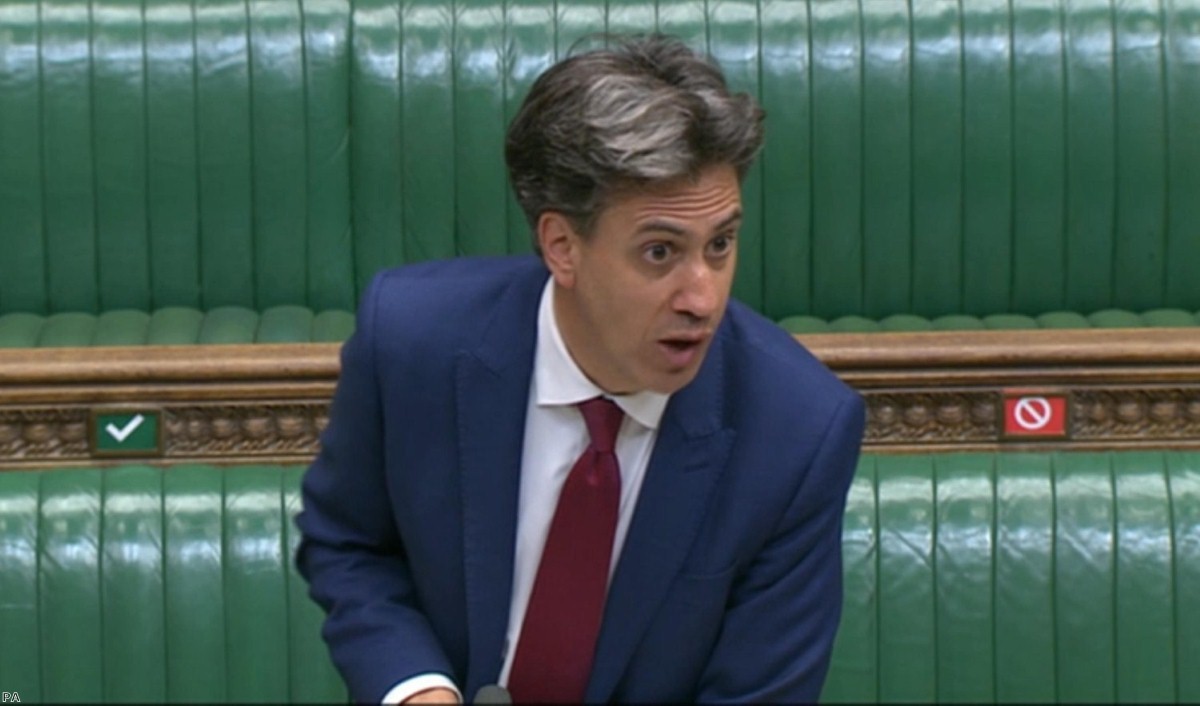 No-one expected it to be defeated. But to see the internal market bill pass its first parliamentary hurdle was still a sobering moment. The governing party of the UK was voting to give itself the power to break the law. Something fundamental in British constitutional life was disintegrating. One of the most basic of all the political principles that held the country together was coming unstuck.

There's a good chance that, even if the bill eventually passes, the powers within it will never be used. It's quite possible that these proposals are some kind of deranged and counterproductive negotiating strategy. Or – more likely – they are intended for a domestic audience, to beef up the sense of conflict ahead of concessions with the EU, so it is easier for No.10 to later present a deal it as if it is a negotiating victory.

But even if that's the case, parliament did something alarming today. It gave its initial consent to handing the government powers to operate outside of the law. Britain began the process of foregoing its status as a civilised power which operates on liberal principles.

The powers in the bill are very extensive. The legislation does not, as the government has insisted, give ministers the power to break the law in "specific and limited" circumstances. They are much more expansive than that. In the area of the Northern Ireland Protocol, the bill allows ministers to pass provisions which have effect "notwithstanding any relevant international law". It states that these actions cannot be regarded as unlawful on the grounds of incompatibility with international or domestic law. These are general powers, not specific ones.

They will not require any consent from parliament either, once this bill is passed. For the first six months of the legislation taking effect, they will operate according to the 'made affirmative' mechanism for statutory instruments. That means that ministers don't have to check with MPs or peers. They can just do it. Parliament then has 40 days to annul them. But even if they do, the government can just put the regulation down again.

There is, in essence, nothing to stop the government doing whatever it wants – without parliamentary support, and without any respect for domestic or international law. It is, simply put, the largest expansion of executive power we've seen in our lifetime.

In order to defend these proposals, Boris Johnson went to the Commons and issued a series of lies. He insisted that the deal which he himself had promoted as wonderful was in fact terrible and full of "ambiguities". He said the EU was no longer acting in good faith, when in fact it was his own behaviour which manifestly fell within that category.

Finally, he told the Commons, in the most chest-thumping Churchillian tones he could muster, that the EU was threatening a food blockade which would present the UK from sending goods to Northern Ireland. In fact, the protocol has mechanisms to prevent that sort of occurrence, and anyway, this bill has no clause to stop it if it did.

"If the prime minister wants to tell us there's another part of this bill I haven't noticed that will deal with this supposed threat of the blockade – he can," Labour's Ed Miliband, in a coruscating speech, said. "I'll give way. He can tell us. I'm sure he's read it. I'm sure he knows it in detail, because he's a details man. What clause protects the threat he says he's worried about?" Johnson refused to answer.

There was no way in which any fair minded observer could accept the government's argument, but of course the majority of Tory party rose, like some kind of half-functioning battery-operated toy, to parrot the lines the prime minister had given them. Europe was not acting in good faith. The bill was necessary to protect the Good Friday Agreement. A food blockade was a clear and present danger.

Only a few respectable voices on the Tory benches held firm. "Some level of bureaucracy was, and is now, the foreseeable and obvious consequence of the withdrawal agreement we signed," Stephen Hammond told his fellow party MPs. "That point was highlighted at the time, but it was justified as a way we would move onto the next phase."

It is an indication of how catastrophically the standard of politics have fallen that this was to be considered in any way notable. All Hammond was doing was reminding parliamentarians of the things they themselves had said just months ago. And yet, at this stage, it was the height of bravery. To retain memory, to be consistent on the things one has said, was to rebel against the day-to-day functioning of the government and the central principles on which it operates.

But in truth, even the rebellion was weak. In most cases, rebel MPs seemed to be drawn towards Bob Neill's amendment, which will be debated and voted on next week. This does not reject the powers which the government was giving itself. It simply requires another parliamentary vote before they could come into force. On the level of principle, it is insufficient. On the level of political reality, it is hopeless. It does not take a stand for the principle of international law. And by authorising the powers in principle, it makes any future vote on activating them a near-certainty.

The only real surprise was why the government didn't just go ahead and accept the amendment. After all, it imposed almost no restriction on its actions and was notable only really as evidence for how obedient and morally broken the Conservative party has become. It's likely that next week the government will accept the amendment. And that, in and of itself, indicates how ineffectual it is.

You can judge the severity of your circumstances by the propositions which are expressed and the resistance to them. In both cases, this was a dispiriting spectacle. The government proposition was appalling – as irresponsible as any passed in our lifetime, sold on a pack of lies. But the resistance was just as depressing: a half-hearted shrug of reluctance rather than the all-out opposition demanded by the moment.

If any good comes of what is happening here, it is that some of those observing it will recognise the depths to which this government will sink and the absolute moral imperative of removing it from power. But that is really the only bit of hope one can salvage from what we saw today.

Ian Dunt is editor of Politics.co.uk. His new book, How To Be A Liberal, is out later this week.