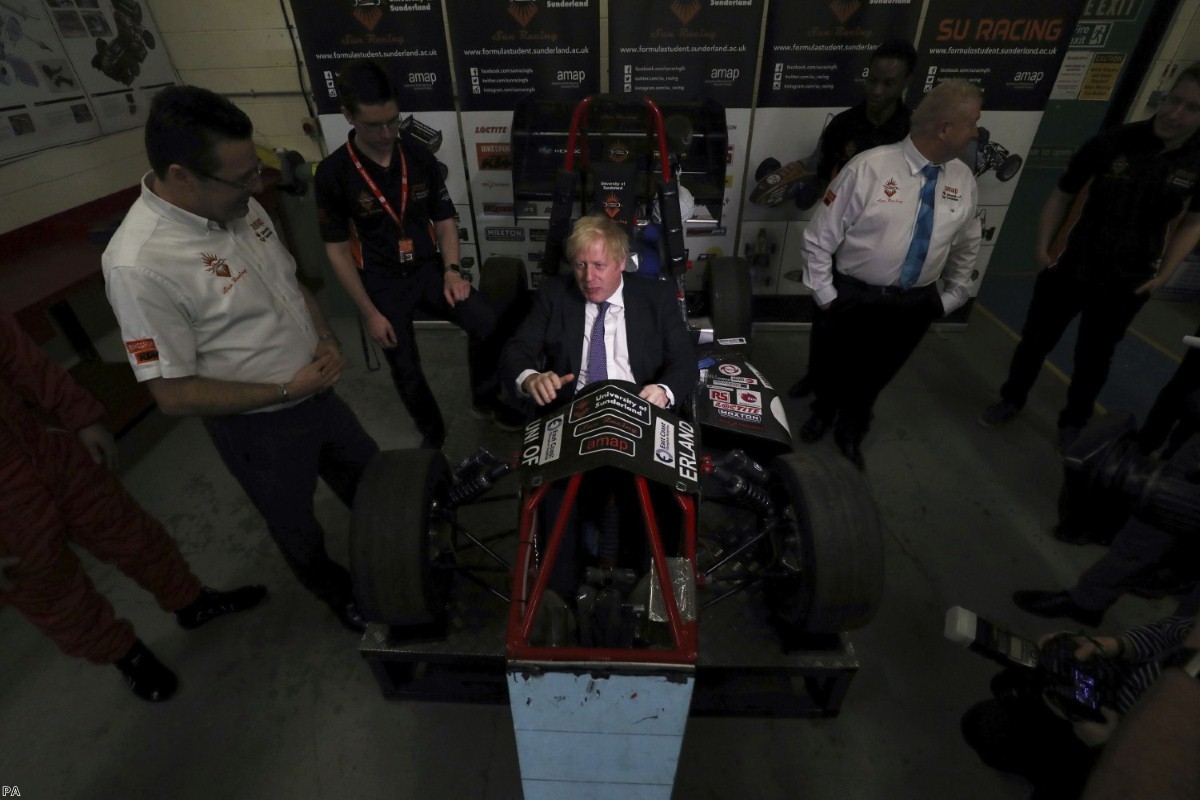 They didn't even allow one working day before the lie machine sprang into operation. On Sunday morning, less than 48 hours after the UK had left the EU, the Downing Street fabrication operation came back online.

It started with a briefing to the Telegraph, one of Boris Johnson's several friendly print outlets, who will transcribe out his message line-by-line for its readers. "Johnson fury as EU reneges on deal," the headline said. Inside a source had informed the paper that the prime minister was "privately infuriated" with EU attempts to frustrate a deal.

What were they "privately frustrated" about? It seems it is the level-playing-field provisions. These are the sets of standards in which the EU expects the UK to align on, covering issues like the environment, state aid and labour. It is their insurance policy to make sure the UK does not undercut them.

Dominic Rabb reiterated this account on Sky News in the morning. Asked if Michel Barnier was wrong to say there would be checks at the border if the UK does not align, he replied: "It's directly in conflict, not just with the withdrawal agreement, but the undertakings in the political declaration. So of course we expect those assurances to be kept to. That's why we've done this deal. It's a package."

Johnson himself will make this argument in his first major post-Brexit speech today, laying out his stall for the talks to come. "There is no need for a free trade agreement to involve accepting EU rules on competition policy, subsidies, social protection, the environment, or anything similar any more than the EU should be obliged to accept UK rules."

These are all lies. You do not need to research heavily to establish the lies. They are lies by virtue of what is freely available in the public domain and the texts the UK itself has signed up to.

The EU demand for level-playing field provisions is not new. EU officials first started talking about them in late 2016. In March 2019, the Europeans said they were ready to pursue a free trade agreement "insofar as there are sufficient guarantees for a level playing field".

"The parties should uphold the common high standards applicable in the Union and the United Kingdom at the end of the transition period in the areas of state aid, competition, social and employment standards, environment, climate change, and relevant tax matters. The parties should in particular maintain a robust and comprehensive framework for competition and state aid."

So the government is lying – that is the word for it, no point beating around the bush – about the EU's position. It is also lying about the position it held – as point of fact, by virtue of the agreements it signed – until yesterday morning.

The level-playing-field provisions are not unreasonable. Johnson will stress today that the Canada deal he wants Britain to emulate does not require such extensive alignment. But there is no comparison between Canada and the UK.

Firstly, Canada is further away. This is a basic point, but one which is seemingly beyond the grasp of the government. Secondly, and more importantly, the UK and Europe are already deeply and extensively enmeshed with each other, with goods and services travelling freely millions of times a week. We are not comparing two disparate units. We are extracting the ingredients in a solution. Britain is a big economy right on the EU's doorstep. If it wanted to it could undermine the EU's environmental policies and its free trade policies.

Britain knew this. It was made clear. And now it is pretending to be shocked.

Downing Street is also lying about the future. Johnson's threat if the EU does not back down is no-deal. But he has now started the rebranding operation. It is not going to be called no-deal anymore. It is going to be called the Australia model.

"The choice is emphatically not 'deal or no-deal'," Johnson will say later. "The question is whether we agree a trading relationship with the EU comparable to Canada's – or more like Australia's."

Australia has no trade deal with the EU. Like countless other countries, it has some international agreements, but this is of no consequence. It's hard to find two trading entities with none whatsoever. And anyway, Australia desperately wants a deal with the EU. Which, given that it is on the other side of the world, should give us some indication of how important such a thing might be for an economy which is right on its doorstep.

Rebranding no-deal as the 'Australia model' is the new 'WTO model' – a way of pretending no-deal is not as bad as it is. But it is also something else – it is a cultural gambit. No-deal is being painted in 'Anglosphere' colours, smartened up with some English-speaking Commonwealth tones. This is the thin edge of the culture war wedge, the start of a process which will portray alignment with the EU as the rank cosmopolitan option and no-deal as the common sense shared-heritage option.

What's the point of all this? Is the UK chest-beating? If so, how much of it will businesses accept before they assume it's true and act accordingly? How much before the government makes it impossible to back down regardless? Or is it true and are we really heading for no-deal?

The answer is we don't know and it is very likely that the British government doesn't know either. What we do know is that this is how they will behave. They will lie. They will blame their negotiating partner for the things they themselves are doing. And they will willfully try to deceive the public about the consequences.