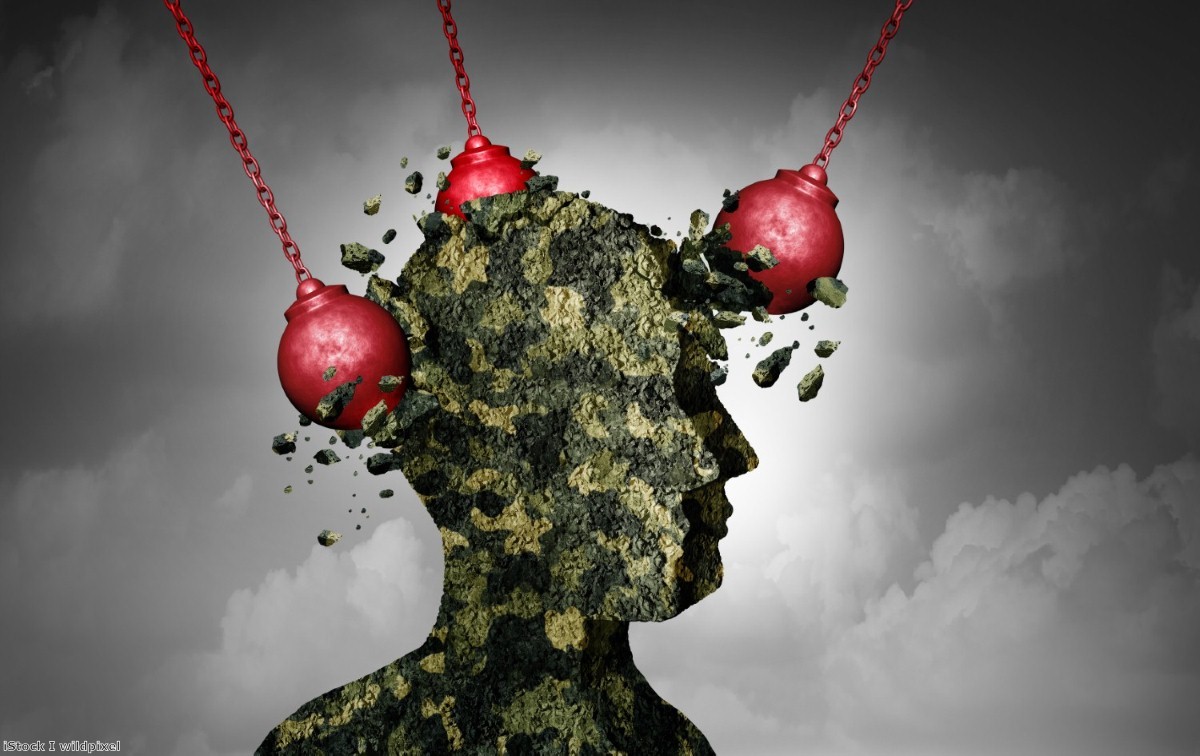 The Telegraph's decline from respectable broadsheet to semi-deranged prime ministerial fanzine continues. "Boris Johnson has public's support to shut down parliament to get Brexit over line" its front page says today – a series of words which have almost no connection whatsoever to objective reality.

The copy reads: "The ComRes survey for the Telegraph found that 54% of British adults think parliament should be prorogued to prevent MPs stopping a no-deal Brexit."

Their survey shows no such thing. It is so sloppily worded it looks like it's still being potty trained. The questions actually refer to "Boris", rather than the prime minister. If you look very closely, you can actually see the point when the professional integrity of the people involved left their bodies.

"Boris needs to deliver Brexit by any means, including suspending parliament if necessary," the question reads. It is plainly leading. It's like a nice furrowed path towards ticking the 'agree' box. And that agree box doesn't even relate to the headline. "If necessary" is not the same thing as "should be".

But even after all that, they still didn't get the answer they wanted. The ComRes data found 44% agreed, 37% disagreed, and 19% said don't know. So they just eliminated the don't knows and reformulated it to make it look like a majority.

It's an example of completely degenerate journalistic standards. But it is also part of a sustained psychological campaign from across the Brexit-supporting press and government, which is just as baseless. It's an attempt to convince opponents of no-deal that they are doomed.

In a sense, the whole function of Johnson's government is to entrench a sense of the battle already being over. Diplomats retreat from Europe. Remorseless countdown clocks are put up all over Whitehall. Briefings are given to the press of the detailed daily no-deal preparation meetings under Michael Gove.

And most importantly of all, a sustained information war is being fought to convince critics that it's too late. MPs already lost their last chance to stop no-deal.

But there is a problem with all this. It is false. MPs have not lost their chance. They can still stop it, quite easily in fact, and there are several avenues open to them. And because that's possible, all the other dross – the doomsday clocks and 'black swan' meetings and blathering headlines – crumple down to nothing.

What MPs need is the chance to make propositions. It's as basic as that. They need the very basic conditions of argument or conflict: the ability to state a thing. But because the government controls Commons business so tightly, it can prevent them doing so.

They therefore require amendments. Amendments are the way they alter whatever the government is doing so that they can make an alternate proposition. They are the rebel mechanism.

If they can get an amendment, it's game-on. They can use this to take control of the Commons timetable and give MPs a few days to pass a new piece of legislation, like the Cooper-Letwin bill from earlier this year, which would instruct the prime minister to extend Article 50.

This is why the government is refusing to pass any laws. It is terrified of giving MPs any opportunity to secure amendments. But there are options.

One of them is standing order 24. This allows MPs to hold an emergency debate.

Once upon a time that was a fairly innocuous mechanism, because the ensuing motion could not be amended. But those days are pretty much gone. The latest version of Erskine May says they're only "normally" unamendable.

And Speaker John Bercow has been clear there's ample room for initiative there. He pretty much instructed Labour backbencher Helen Goodman to go down this route during a Commons exchange last March.

"The honourable lady should look closely at the Standing Order No. 24 procedure," he said. "What she says about it is true, but I think that she should reflect upon the opportunities that the Standing Order No. 24 procedure presents, because the opportunities are fuller than has traditionally been acknowledged or taken advantage of by Members of the House of Commons."

MPs can also use the Northern Ireland Act. Under their own pre-emptive attack, just before Johnson came to power, they ensured ministers had to publish reports and make a statement to the Commons on progress restoring power-sharing. That comes with a neutral motion, which technically can't be amended, but MPs can vote to disapply those rules. This is a regular opportunity to take control, set in the parliamentary timetable.

Then there's the nuclear option of the no-confidence vote. But this is actually a much more flexible mechanism than is usually made out. It can be used for things which have nothing to do with no-confidence.

Once the no-confidence motion is put forward, a debate takes place. If the government wants it to last for longer than 90 minutes, which it probably would, there'll need to be a Business of the House motion, which basically sees MPs vote on how the debate takes place. This is amendable.

And then the no-confidence vote itself is amendable. If you did this, it would probably not serve its original purpose of getting rid of the prime minister – but it would serve the purpose of whatever you wanted the amendment to do.

And then if all of that fails, you have the straight up-and-down no-confidence vote on the prime minister. If he loses, opponents have 14 days to find an alternative who can command a majority in the Commons. If they get it, that caretaker government would then either table an election for before October 31st, or ask to extend Article 50 and table one for after October 31st.

At the moment that looks hard, because no-deal opponents are split between those who would work with Corbyn and those who wouldn't. But once that first vote goes through it'll sharpen minds. It'll make things very real indeed. And given the government is only required for a few weeks, they should be able to find a compromise.

That's the parliamentary battleground. It is tight and drastic and weird and not the way any of us are used to doing things. But one thing it isn't is nonexistent. It is not too late for MPs to stop no-deal, just like that poll did not show that the public support shutting down parliament.

This is an attempt to terrorise and demoralise opponents of no-deal into giving up the fight and admitting defeat, before it has even begun. It doesn't reflect certainty. It reflects a fundamental lack of confidence in what they're doing.