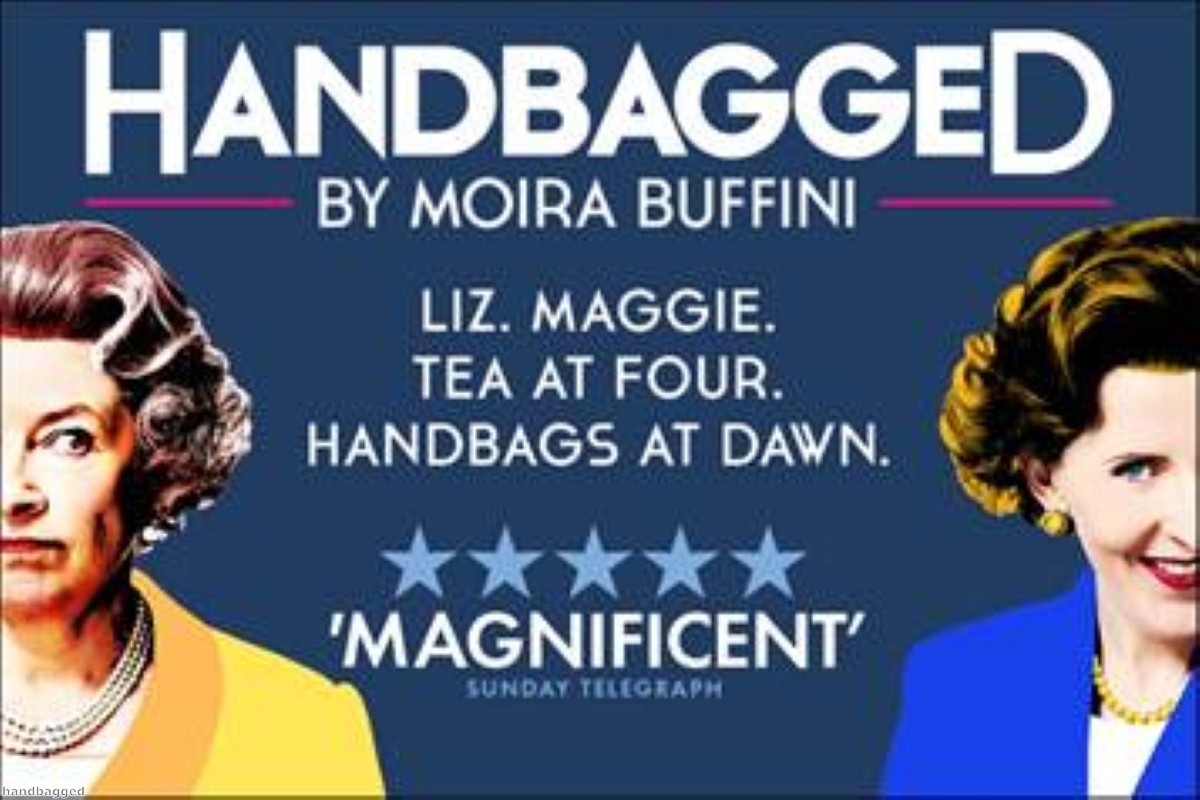 Win tickets to see Handbagged at the Vaudeville Theatre

The monarch – Liz. Her most powerful subject – Maggie.

Two enduring icons born in the same year – one woman born to rule, the other elected to lead.  But when the stiff upper lip softened and the gloves came off, which one had the upper hand?

Handbagged is the ‘wickedly funny’ (Evening Standard) new comedy that opens the clasp on the relationship between two giants of the 20th Century.

Moira Buffini’s sharp, witty, biting production ‘with the sharp teeth of a kicked corgi’ (Metro) speculates on that most provocative of questions: What did the world’s most powerful women talk about behind closed palace doors?

The Tricycle Theatre’s acclaimed production comes to the West End in 2014.

Here's a special offer to our readers. As a special treat, we're giving away three pairs of tickets to the play Handbagged at the Vaudeville Theatre in the West End.

All you need to do to be in with a chance to win is sign up to our lunchtime briefing.

The luchtime briefing has all the news and views across Westminster, from the main headlines of the day to under-reported stories cruising under the radar.

Please fill in your details below to subscribe and have a chance to win.

We'll be randomly selecting a lucky winner from the list of new sign ups on June 9th, so if you're not already subscribed just put your details into the form above.

1. The prize is one of three pairs of tickets for Handbagged at the Vaudeville Theatre

2. There is no cash alternative to the prizes, they are non-refundable and non-transferable and not for resale.

3. The winners will be selected by Politics.co.uk on Sunday 8th June 2014 at 23:00 BST. Any entry sent after this time will not be eligible.

6. Only one entry per person and you must be over 18 years old.

7. The judges' decision is final and no correspondence will be entered into.

9. The competition shall be governed by the laws of England and Wales.