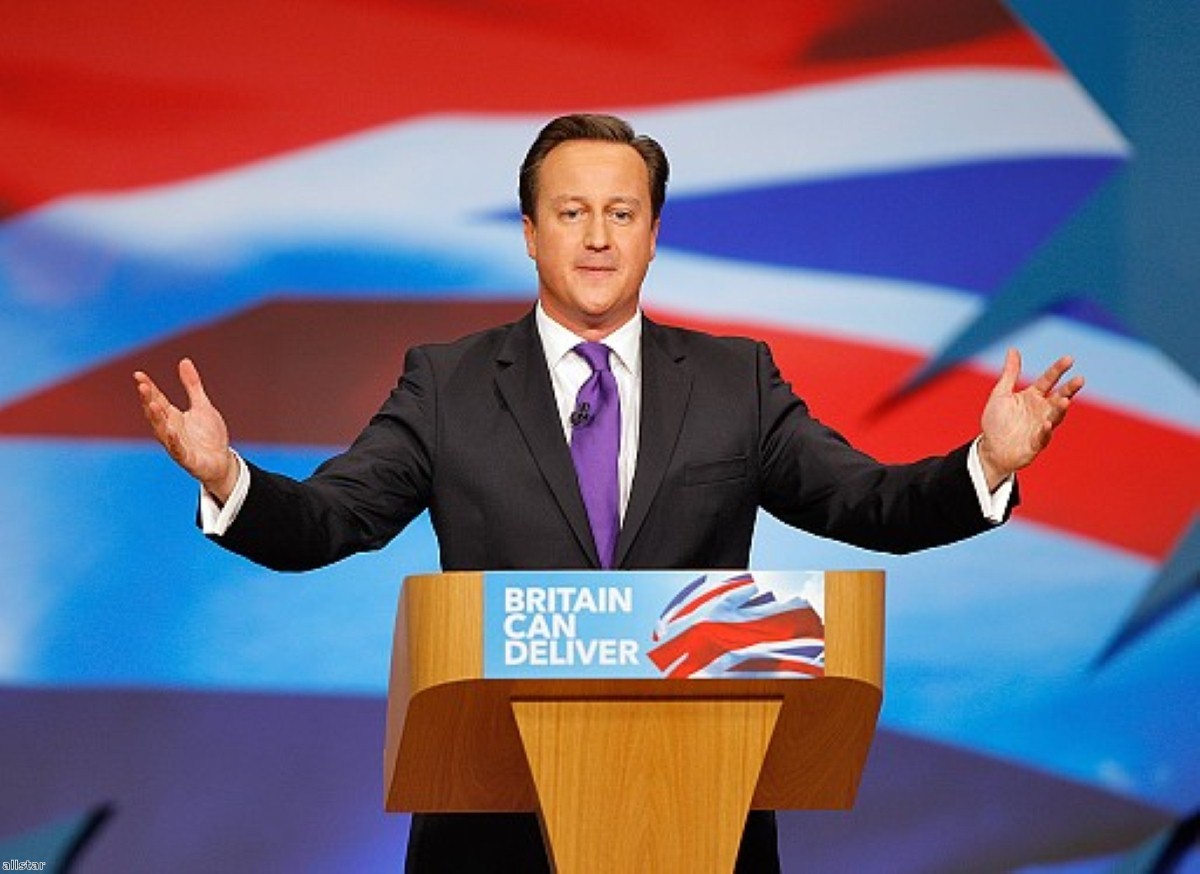 The Week in Review: Tories fail to screw up their own conference

They tried. They really tried. The Tories met in Birmingham intent on derailing their own conference. They did everything they could, but miraculously they came out of it pretty well. The reason for this unlikely turn of events is one David Cameron. He is easily the most electable of their number and consequently is widely detested.

Jeremy Hunt started things off on the wrong track by suggesting the abortion limit should be reduced to 12 weeks, because of "evidence". He uses the word evidence in the loosest possible sense, of course. In fact, Hunt's definition is so broad it incorporates literally anything at all, including 'thoughts' and 'feelings'. Hunt later made a second attempt to derail the conference by delivering his first keynote conference speech as health secretary. His presentation – from the content of his words, to the themes and his body language – was so epically lacking in confidence that Bupa shares presumably shot up in value once the applause died down. Not that there was much applause.

Then there was Boris, the Messiah, the Great Blonde Hope, the Rapture, the Dionysus, God of wine and merriment. Somewhere on the journey from London to Birmingham, he crossed the line from politician to celebrity, with an army of photographers following him everywhere. A rally outside the conference centre looked more like a Michael Jackson concert circa-1985 than a political summit. There were right-wingers fainting, middle class families from the shires being whipped into an orgiastic frenzy. Boris played the long game though. He praised Cameron repeatedly, both during the rally and his conference speech. Their smiling, simmering hatred continues.

Outside the conference centre Anne 'Che Guevara' Widdecombe was rallying anti-gay marriage campaigners and urging Cameron to give up on the only policy which actually makes him look like a centrist. There are plenty of grave voices in the Tory party warning the policy will lose him vital votes without convincing non-Tories to swap sides.

The polls were terrible. Cameron basically needs a "miracle" get a parliamentary majority, not least because he had to give up on the boundary reforms. Then he made the questionable decision to flirt with the idea of an EU referendum at a Tory conference, which is equivalent to throwing a gun into a prison mess hall and seeing if one of them shoots someone. Theresa May made another one of those speeches where she said something that was sort of/kinda/probably not really true. Tory backbenchers presented their own manifesto, in another example of the high regard the prime minister's political programme is held in. And by the end of the week, Welsh Tories were actually voting to brand their own party incompetent by mistake. Yes, we know. Don't make the joke. It's already been made.

Meanwhile, the Andrew Mitchell row rumbled on and on. Tory MPs, ministers and rank-and-file members seem to dislike him the most. He let the side down. And for a conference designed to show how in touch they are with the white van man, his 'plebs' outburst was ever-so-slightly off-message.

Osborne did a decent enough speech, although not so good that he appeared human. A plan about John Lewis-style worker ownership schemes in exchange for losing employment rights was not as safe or as harmless as he made out. Probably it'll never be heard of again, due to lack of take up, but there is a chance it could surreptitiously introduce the Beecroft reforms without any of the outrage.

But the real clincher of the conference was Cameron's speech. In a direct rebuttal of Boris' charm and Miliband's challenge, he did everything he could to appear prime ministerial – his key quality. The speech was serious, weighty and impressive, but it was also profoundly negative and defensive. Despite the flaws, it was well received and polls showed him rebuilding his lead as 'best prime minister'. For all the casual disrespect Cameron is subject to by his own MPs, he remains their most bankable asset.