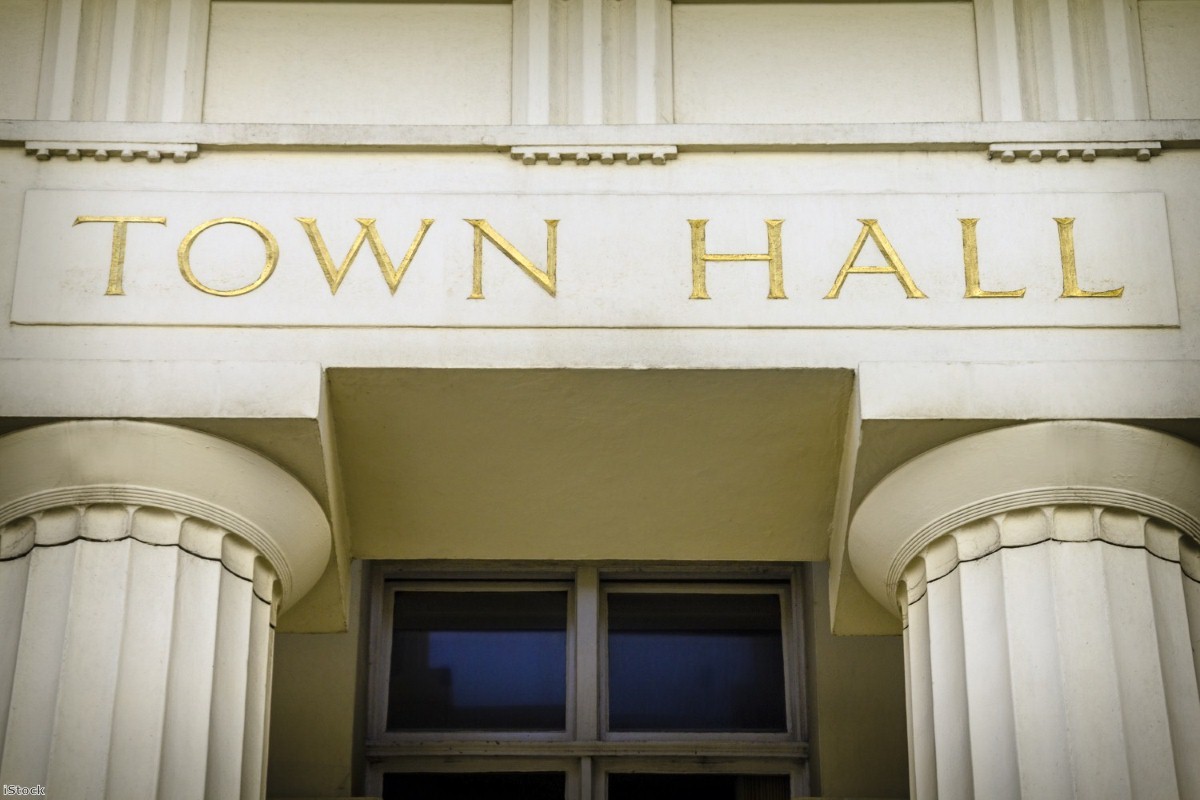 The English county of Surrey has never been a hotbed of socialism, but it has now been reduced to just one Labour councillor facing off against 81 political opponents. The decks are stacked against him, but Robert Evans is holding his own in a sea of blue – helping give Jeremy Corbyn his only PMQs victory and masterfully exploiting Conservative anxiety over the return of grammar schools. This is the story of how you fight and win political battles with no support, no organisation and very little local backing.

"You could say that the whipping is not intense," he says, sitting back in the members' lounge. "And I don't have to give myself a disciplinary hearing for anything I say or do."

His current lonely status is the result of decades of chipping away at the Labour vote in the area. He is the last red flag standing.

Surrey's present territory has only once elected a Labour MP. In the high tide of 1945, George Pargiter won Spelthorne. In 1950, when the boundaries changed, he decamped for the safer seat of Southall in west London, where he stayed securely berthed on the backbenches until he went to the House of Lords in 1966.

A more celebrated Surrey Labour figure was James Chuter Ede. During the 1930s he simultaneously represented Epsom on the county council and South Shields, Durham, in Parliament. In those happy times MPs were expected to visit their constituencies only once or twice a year. They were often treated as royalty,  greeted with a red carpet on the railway platform by the local stationmaster.

During the war Chuter Ede was Rab Butler’s number two and a key architect of his great Education Act of 1944. He then served throughout the postwar Attlee administrations as a reforming home secretary, abolishing whipping and penal servitude for prisoners.

In 1965 Surrey lost five boroughs to the new Greater London Council and became even less promising Labour territory. The Liberals grabbed occasional seats from the Tories and took over from Labour as the main opposition party. Even in the Blair landslide of 1997, Surrey seats resisted Labour. It took a long time on that election night for any Tory seats to appear on the board but the first few came from Surrey. When the second was declared Cecil Parkinson on election night television said: "I'm glad we've got two, we can have a leadership contest now."

Labour's representation on the council has now been reduced to one out of 81 since Evans beat off Conservative, Ukip and Liberal Democrat candidates in Stanwell and Stanwell Moor in 2013.

During the early 1980s places with little or no Labour representation were often hotbeds for the hard left, who supported Tony Benn. Has this happened again with Corbynism? "Not really," he says. "I would say that local parties are traditional mainstream Labour. People who want to improve life for their neighbours, especially those struggling. It has an image as a rich county, but not everyone there is affluent or even comfortably off."

Evans' re-election campaign will get almost no support from Labour headquarters – but equally little interference. He has had a pretty free hand composing the manifesto. Apart from the pledge to cut the number of Surrey councillors, it promises to save local fire stations and libraries, invest in adult social care, improve local roads and transport, oppose the proposed badger cull and enforce the hunting ban. He doesn’t even get a support group or office.

The Council meets anachronistically but splendidly in a late Victorian Town Hall in Kingston, which has not been part of Surrey for over fifty years. Any major squabbles are not so much between parties as within the top-heavy Conservative majority.

Today the conversation at the Education and Skills Board hinges mostly on Theresa May's headline-grabbing plans for parent-run grammar schools. Evans is scathing. "How many parents have the time to run a grammar school – or any other?" he asks. "People forget that many grammar schools were not particularly good. I went to one and it seemed to me, they coasted along on their social status and the quality of their intake. And Tories forget that Margaret Thatcher abolished more grammar schools than any other education secretary because they were unpopular with Tory parents. Too many of their children failed their eleven-plus and were then given an inferior education. You don't hear people calling for the return of secondary moderns."

He has detected almost no enthusiasm for May's proposal among his Conservative colleagues. They saw it as another gimmick, which would complicate an already over-complex and overstretched education system. It would almost certainly generate new schools in places where they were not needed. It would give them new problems and new complaints to worry about, and no extra money or power to deal with them.

So Evans proposed a motion against further such changes. He won the debate, with Surrey Tories actually voting against May's plans.

The Labour councillor was given a free gift a few weeks ago by the Conservative turmoil over a proposed 15% council tax rise – a full ten per cent over the level that triggers a local  referendum. A desperate private appeal by council leader David Hodge to chancellor Philip Hammond, himself a Surrey MP, conjured up a miraculous new budget with a rise of only 4.99% – just below the referendum threshold. It was unclear how the council would be able to finance its activities after the reduction and the supporting documents to councillors were heavily redacted.

Hodge's misplaced texts to the wrong 'Nick' helped Corbyn to his best performance at PMQs to date, not that the competition is particularly fierce. He forced the prime minister into an unconvincing denial of a secret deal between Hammond and Hodge. Evans himself enjoyed an appearance on Andrew Neil's Daily Politics, sounding sceptical and statesmanlike while the normally voluble local Tory MP Kwasi Karteng was forced to flannel and flounder.

Shortly after, Robert obtained and exploited a leaked recording in which Hodge suggested that he and Hammond had reached "a gentleman's agreement". This too was fed to Corbyn, but this time he flubbed his lines and May was relatively unscathed. It was disappointing, but Robert enjoyed a private comment by a local Tory malcontent who suggested David Hodge "should take a lager and a Luger into a quiet room".

So far, Hodge has escaped the bullet. The May elections will almost certainly return him with another hefty Tory majority in Surrey. Evans will have to fight hard to insulate himself from Labour's national difficulties to retain his seat. His highest hope after four years as Labour's Lone Ranger is that voters elsewhere in Surrey will give him a Tonto.

Richard Heller is an author and journalist, who has never submitted himself to voters, locally or nationally. His latest book (with Peter Oborne) is White On Green: celebrating the drama of Pakistan cricket.