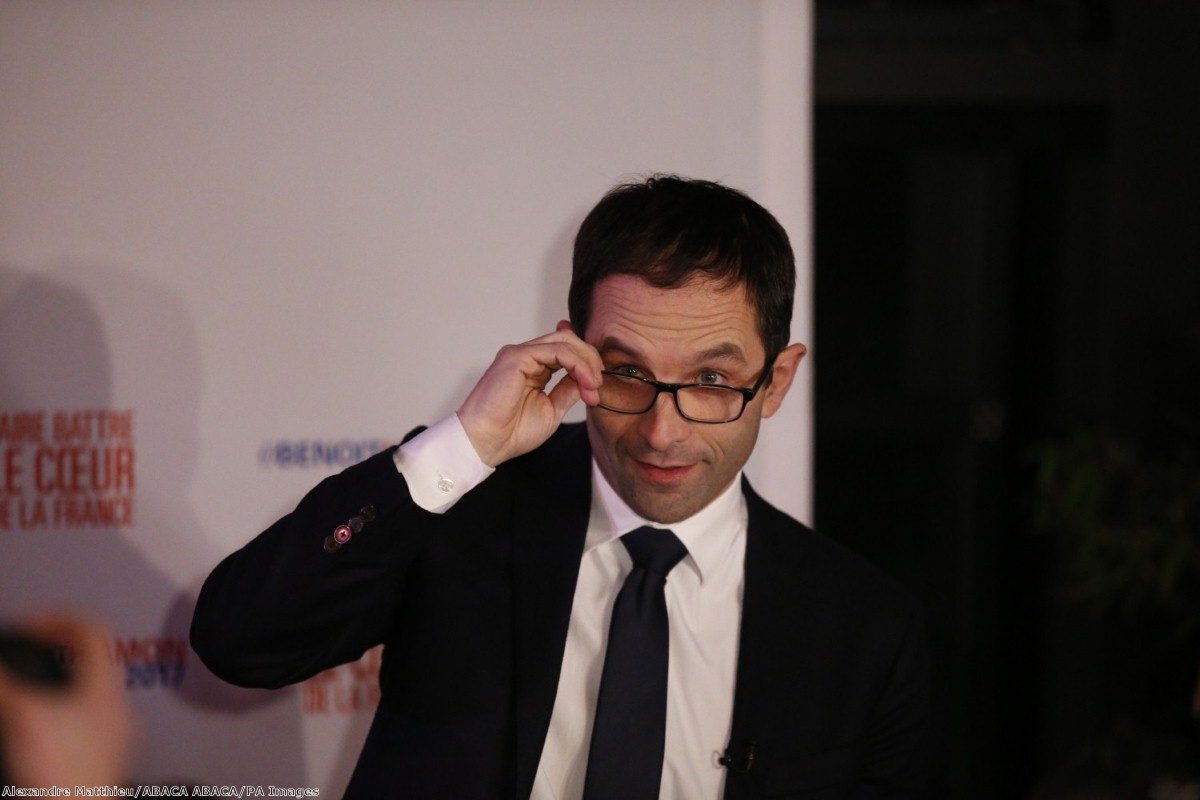 There's been a twist in the tale of the French Socialist party’s presidential primary. It's one that Labour members will be very familiar with.

Left-wing underdog Benoît Hamon has stormed to victory in the first round of the primary against all odds, beating the former French prime minister and once favourite Manuel Valls. Only a month ago, Hamon was polling at ten per cent and was largely considered a fringe candidate among a plethora of left-wing hopefuls vying to replace an embattled François Hollande. But his support has tripled, and after winning the backing of the other left-wing candidates that he beat in the first round, such as Arnaud Mountebourg, he is now in pole position for the next run-off on January 29th.

Labelled as the 'French Jeremy Corbyn' and the 'French Bernie Sanders' by commentators on both sides of the Atlantic, Hamon shows that it is not just the populist right that are gaining steam in mainstream political discourse. And the comparisons with Corbyn and Sanders do carry some weight. Both were also seen as fringe candidates at the start of their campaigns, only to shock their respective parties and the world by gaining momentum against more moderate, centrist opposition.

Hamon, who is an admirer of Sanders, has been a reliable and steadfast figure in resisting the pro-business politics of the French Socialist Party. A stint as education minister in 2014 was cut short after he resigned in protest against the warm embrace of neoliberalism and marketisation seen under Hollande. His opposition to the third way economic policies advocated by Valls seems to be resonating with a large bulk of activists and members – who voted him the winner of the final primary debate last week.

His vision for France would mark a huge departure from the politics of old. As a vocal critic of the liberal politics of Hollande and Valls, he has promised to implement a universal basic income of around €750 that would be paid to every French citizen aged 18 or over on a monthly basis. Funded by increases in wealth taxation, Hamon claims this measure will be necessary to counteract the startling rise of automation in the workplace. He asserts that twinned with a reduction to the working week, his universal basic income would create work, boost growth, and help eradicate inequality and poverty.

Like Sanders, Hamon is also a staunch defender of the environment. He advocates a significant investment programme in renewable energy, and believes that renewable sources should account for around 50% of French energy consumption in the next ten years. The blame for the destruction of the planet, according to Hamon, lies with the neoliberal economic policies that are often espoused by both the centre-left and the centre-right.

His other policy ideas include legalising cannabis, on which he says "it would be better to use the €535m we spend inefficiently on prohibition on treating addiction", and a tax on robots that contribute to loss of employment.

So that's what he stands for, but what are his chances of success? His battle against Manuel Valls to become the Socialist party candidate will be close, but the support he has received from other candidates may well push him over the finishing line. The ideological battle here is not dissimilar to the Labour leadership contests of the last two years. Valls, whose politics is frequently likened to Blairism and the third way, is coming under increasing pressure. The crisis of European social democracy is a topic that has been analysed to death, but it is being exacerbated due to the lack of new ideas and solutions that avowed centrists like Valls are offering.

Hamon represents a new consensus for the left to rally around, while Valls is desperately trying to resuscitate an intellectually bankrupt ideology that has been utterly discredited over the last two decades. If Hamon can frame the debate in these terms, he will be victorious in turning what was unthinkable in 2016 into reality in 2017.

Despite this, the eventual candidate for the Socialist party in the coming presidential election may still struggle to get past the first round. Hollande has tarnished the party with a dreadful legacy and the party is plagued with unprecedented levels of unpopularity. It languishes fifth in opinion polls, with most observers predicting that it will be Republican candidate François Fillon and National Front leader Marine Le Pen who advance to the presidential run-off.

That being said, this presidential primary provides a huge opportunity for the left to reinvent itself. As we've just seen in the United States, the current crop of mainstream social democrats are struggling to thwart the incoming era of Trumpism. One reason for this is that the centre-left are consistently bringing establishment candidates such as Hillary Clinton or Manuel Valls to the table. Commentator Adam Johnson aptly describes this as the equivalent of "bringing a wonkish knife to a populist gun fight".

Progressives are finally cottoning on that voters are fleeing the centre ground. A candidate like Benoît Hamon could offer the best chance of forging a new consensus that will eventually reinvigorate a demoralised French left.

Matt Turner is a freelance political analyst covering the British and American left. You can follow him on Twitter here.