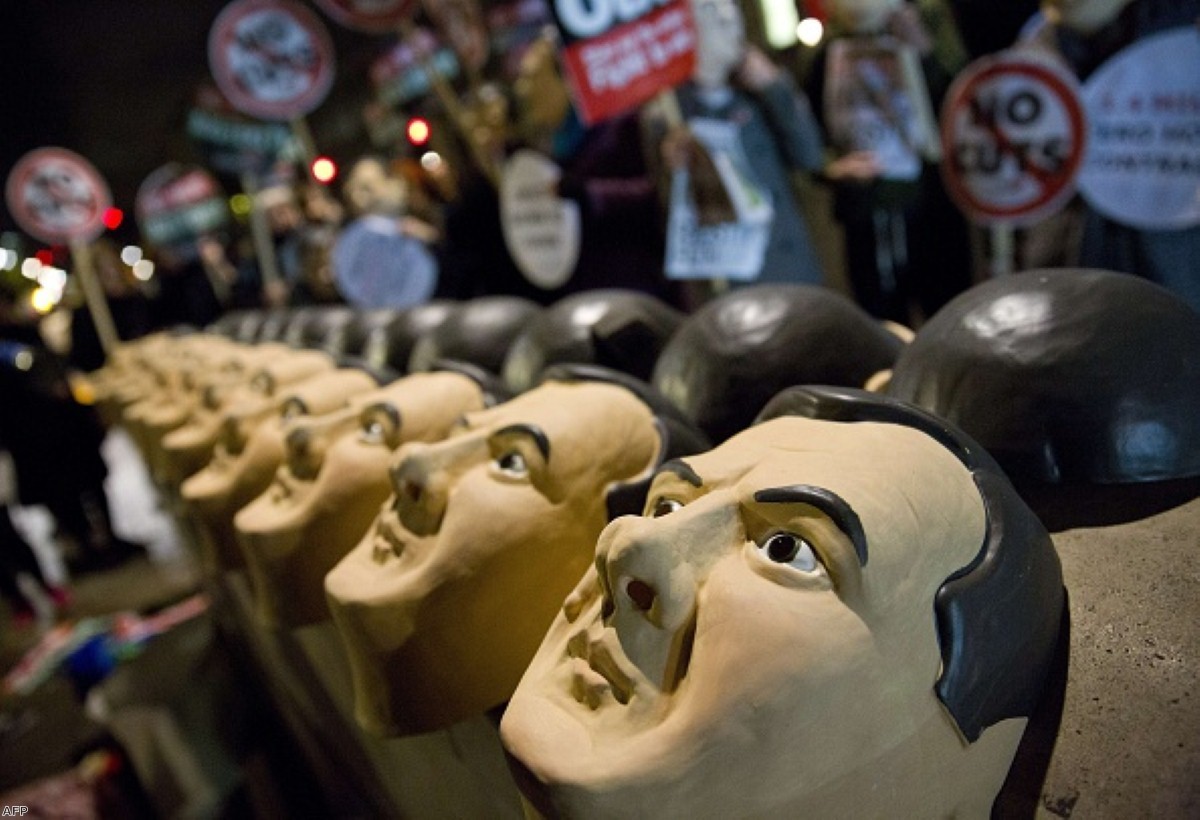 The big tax credit cut almost nobody has heard of

"It's a real kick in the teeth when my partner's working 50 hours a week, you're doing everything by the book, and you're still sort of scraping your knuckles against the pavement just to survive."

Lucie Hill-Hempstead lives with her partner and two children (aged two and four years) in a one-bedroom flat in Tottenham, North London. Getting by on a low household income, she has had her tax credits cut three times this year – each time with no warning, no explanation, and no recompense.

"I've got quite a tough exterior," she says, "but this has brought me to tears so many times because every time you see a brown envelope on the door your think 'oh god, what now?'"

And yet Lucie considers herself lucky compared to the hundreds of thousands of people who have overpayment debts far worse than hers.

This is the story of a tax credit cut that hasn't made the headlines. One that will have an impact even if the government abandons all its other planned cuts to tax credits. It is the story of how a pay rise can leave families completely out of pocket – and if George Osborne has his way, it's going to get worse.

Tax credits are paid based on predicted earnings for the year ahead. If these earnings turn out to be higher than expected, some of the tax credits must be repaid – except very often, the money has already been spent because poorer households live at a deficit. This creates a debt – an "overpayment" – that can linger on for years, being sliced off from future tax credit payments (as with Lucie) or even being chased by private debt collectors.

There is some leeway in the system. It's called the "income rise disregard" – and it's this that lies at the heart of the issue. Whatever amount the disregard is set at, If your earnings rise by less than that amount, the government lets you off. If they rise by more than that amount, you are hit with an overpayment debt. Five years ago, the income rise disregard was £25,000. Osborne's Summer Budget proposes to cut it to £2,500 from next April.

That £2,500 figure has historical significance. When it was originally set the income rise disregard was seen as a generous buffer. It didn't turn out that way. Tax credit overpayments during 2003/4 – the system's first full year of operation – ran at double the level the government had predicted. Two million households – a third of all tax credit claimants – were hit with overpayment debts that year. Many of these debts ran to thousands of pounds. The IT system that handled tax credit claims misfired badly, compounding the problem. The situation barely improved over the next two years.

Panicking, the government jacked up the income rise disregard in 2006, from £2,500 to £25,000, in a desperate attempt to get on top of the problem. It worked.  Overpayments subsided to around a fifth of all claims over the next few years.

That £25,000 figure sounds generous, and in many ways it is. Why should someone earn £25,000 more than expected and not have their tax credits reduced? But all the disregard means is that tax credits aren't cut for that year. That person's tax credit claim for the following year would of course be cut in response to their pay rise. What it meant was that families could plan their annual finances with much less fear of a sting in the tail.

When the coalition took power in 2010, things changed. Osborne slashed the income rise disregard, first to £10,000 and then to £5,000. As a result, the proportion of tax credit claims that are overpaid shot up by half in three years – from a fifth of all claims in 2010/11 to 30% in 2013/14, amounting to nearly £2bn of overpayment debt, the highest level since the chaos of a decade ago.

Figures for 2014/15 have yet to be published, but they are likely to show yet another increase. Poorer households make up the majority of tax credit claimants, often with children. These households generally live at a deficit – what money comes in is quickly spent trying to make ends meet. When an overpayment notice arrives, there is rarely any money spare to pay it back, leaving the household owing a debt.

"Overpayments are an intrinsic part of the system that Parliament approved," Sir David Varney, then-chairman of HMRC, told the Public Administration Select Committee in 2005.

Or as Mark Willis, welfare rights adviser with Child Poverty Action Group (CPAG) in Scotland, puts it: "It doesn't mean anyone has done anything wrong, it's just the way the system works."

The Summer Budget predicted that halving the disregard would save £250m in 2018/19. However, despite this estimate, the Treasury said in August it had still had no information on how many claimants might be hit with overpayments as a result.

After the House of Lords sent back Osborne's tax credit plans, the Treasury are reluctant to provide any further information before revised proposals are published later this month. A Treasury spokesperson said: "The Chancellor has made clear that the government will listen about how we make a transition to a higher wage, lower tax and lower welfare economy he wants to see, and will announce his proposals at the autumn statement.

"But the end goal is clear – this country cannot have an unlimited welfare budget that squeezes out other areas of public expenditure."

But if the intention is to encourage higher wages, the threat of overpayment debts does the exact opposite. Lucie Hill-Hempstead's partner works unpaid overtime through fear of more brown envelopes from HMRC. "He works weekends for free because he's scared to get the overtime, because you just don't know how it's going to affect you next year with tax credits. He's working his weekends for free, he's working his lunch breaks for free, because we just don't know how they calculate it and they just won't tell you on the phone.

"My partner's just had a promotion. He's taken the promotion but he can't take the extra income because financially with our rent it wouldn't be economical. Next year he's looking at quite a substantial bonus and I'm terrified, because you think 'oh it's a bonus, we can finally move out of this one bedroom flat', but of course you're going to be hit elsewhere. There's no getting out of these situations – where you gain somewhere you lose somewhere else. You're trapped."

Lucie is not alone in suffering this good-news-is-bad-news contradiction. As the Parliamentary Ombudsman wrote in 2007: "What appears to have confused tax credit customers most is that it was generally a positive change in their circumstances, such as finding employment, which threw them into debt."

The government argues that its new "Real Time Information" system will cut overpayments. RTI uses monthly pay figures to spot an income rise during the year, so tax credit payments can be adjusted quickly instead of leaving a debt to build up at the end of the year.

But as CPAG's Mark Willis points out, this can cause huge problems of its own – people on low pay often have fluctuating incomes; a pay rise one month may be followed by a fall shortly after. Under RTI, their tax credits might be cut, paused or stopped mid-year. "It doesn't really matter what someone's monthly income is… You always need an accurate estimate of annual income when you're making these in-year changes. And no-one can really accurately predict the future, especially as we're often talking here about people with fluctuating earnings, zero-hours contracts, people who've maybe come back from being on maternity or sickness, or may go back onto those reduced payment periods."

As of June 2014, no less than £5.6bn of tax credit overpayment debt was owed by households. £89m of it was still lingering from way back in 2003/4. Most had been incurred since the income rise disregard was first cut in 2011. Now it's set to be cut to the level that plunged the entire system into crisis a decade ago.

Much political blood and ink will be spilled analysing the impact of any climb-downs performed by Osborne in his Autumn Statement. But even if he abandons some of the more controversial planned cuts to tax credits, the cut to the income rise disregard will still hit hard.

"I've had nothing but problems with tax credits," says Lucie. "It's been a nightmare." She likely speaks for millions – and possibly now millions more.

Chaminda Jayanetti is a freelance journalist. From 2010 to 2015 he was a researcher with the False Economy project, monitoring the impact of public funding cuts, but now writes independently.