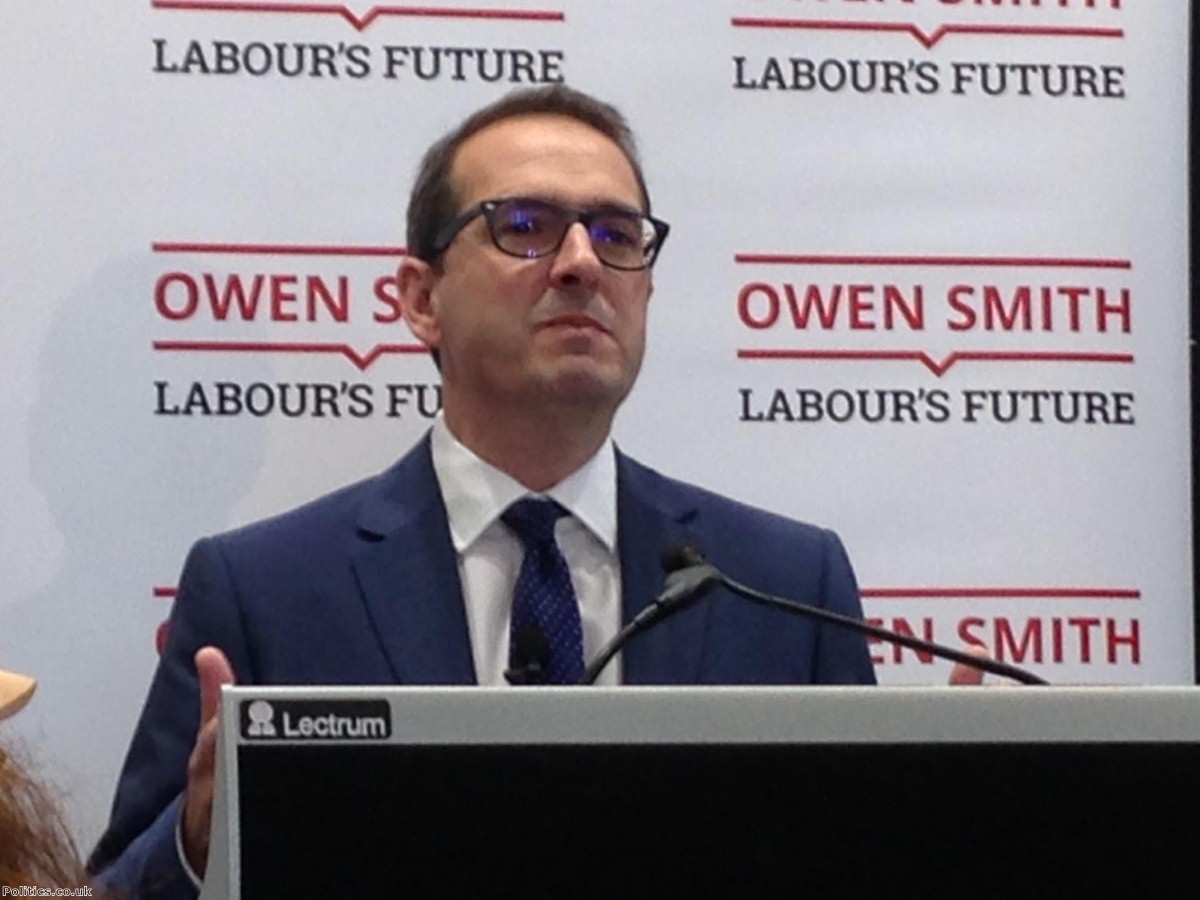 Owen Smith today denied having a problem with women, insisting that a tweet he sent suggesting Nicola Sturgeon should eat a gobstopper was "just political banter".

Earlier this year, the Labour leadership candidate posted pictures of a campaign visit to Scotland. He wrote that he had received the "perfect 'slice' served up by ladies of the Ritz [Cafe] Millport."

He added: "They've got the perfect present for @NicolaSturgeon too," accompanied by a picture of "the world's biggest gobstopper."

The tweet was taken by some to be a sexist suggestion that the Scottish first minister should be quiet.

Perfect 'slice' served up by ladies of the Ritz, Millport. They've got the perfect present for @NicolaSturgeon too.. pic.twitter.com/Db8SsYwoYo

Smith told Politics.co.uk that he did not regret posting the tweet.

"It was a joke tweet. I don't think it was in any way meant to be intended in any way other than that. No I don't regret it. I just think it was a bit of political banter during an election contest."

He denied that he has a problem with women, adding that lots of women worked for his campaign.

Smith has come under repeated fire about allegedly sexist remarks he has made both during this campaign and previously.

Earlier this summer Smith suggested that he would like to "smash Theresa May back on her heels".

It also emerged during the campaign that Smith once appeared to suggest to the leader of Plaid Cymru that she had only been invited onto television because she was a woman.

"I think your gender helps" he told Leanne Wood as they waited for recording to start during an episode of BBC Question Time last year.

In 2010, the then newly elected Smith compared the Liberal Democrats to a beaten woman.

"Surely, the Liberals will file for divorce as soon as the bruises start to show through the make-up?" he wrote in a later withdrawn article.

During his nomination campaign against Angela Eagle, Smith also got into trouble after saying that he had a "normal" family life with a wife and children – comments which were taken by some as of 'dog-whistle homophobia' directed against his opponent.

A spokesperson for Jeremy Corbyn's campaign told Politics.co.uk that Smith should apologise for his 'sexist' comments.

"These comments from Owen Smith and his refusal to apologise for them come on the back of many ill-considered interventions by him over the course of this campaign. It further suggests why a recent YouGov poll indicated that Jeremy Corbyn has the majority of support from women Labour members.

"As a recent TUC recent report highlights, workplace sexism is often wrongly excused as a joke. But it is not a laughing matter. Many Labour women will rightly see Owen Smith's comments as sexist and outdated, and for him to dismiss the issue as "banter" rather than apologising is not acceptable of a candidate for Labour leader. Owen Smith should apologise and withdraw the remark."