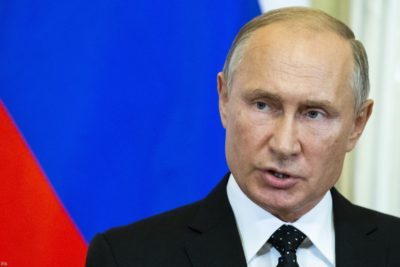 Russia may have used ‘phosphorus munitions’ in Ukraine

Ukraine’s deputy defence minister, Hanna Malyar has said the Ukrainian authorities are investigating whether chemical weapons have been used by Russian forces in Mariupol.

“There is a theory that these could be phosphorus munitions,” Malyar explained on television.

“Official information will come later,” she went on.

On Monday foreign secretary Liz Truss said via Twitter: “Reports that Russian forces may have used chemical agents in an attack on the people of Mariupol. We are working urgently with partners to verify details. Any use of such weapons would be a callous escalation in this conflict and we will hold Putin and his regime to account.”

Pentagon press secretary John Kirby issued a more cautious outward response saying: “We are aware of social media reports which claim Russian forces deployed a potential chemical munition in Mariupol, Ukraine. We cannot confirm at this time and will continue to monitor the situation closely. These reports, if true, are deeply concerning and reflective of concerns that we have had about Russia’s potential to use a variety of riot control agents, including tear gas mixed with chemical agents, in Ukraine.”