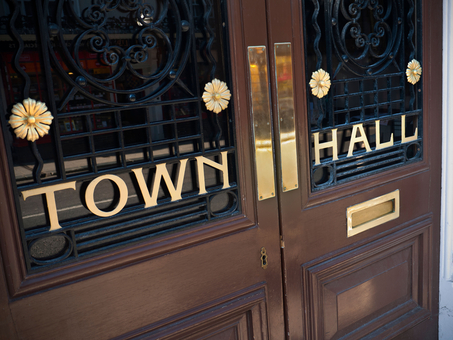 Today, the Local Government Information Unit (LGIU) has published exclusive polling data from Ipsos on UK attitudes to local elections, the work of councillors and role of local government.

According to the new polling, local government and local councillors were felt to have the most impact on people’s daily lives and the quality of life in our communities. However, a good majority of respondents lacked knowledge and awareness about how councils work and what councillors actually do.

Jonathan Carr-West, Chief Executive, LGIU said: “More work needs to be done to tell the story of local government. It is our councillors and council officers who are on the ground, day in and day out, batting for residents and our communities. However, the majority of UK adults have very little understanding of what they actually do.

These institutions are a bedrock of our society and something we should not take for granted. As we head into these local elections, it is essential that the British public understands the power of their vote and the impact that local government has on their communities.

It is councils who, after more than a decade of funding cuts, are continuing to care for the elderly, safeguard vulnerable children, invest in housing and drive local growth. It is councils who, throughout the pandemic, supported their most vulnerable residents and made public health work where central government interventions failed. Their work goes far beyond bins and parking and their story must be heard.”

Ipsos Research Director Keiran Pedley said of the research: “These findings show that the public clearly recognise the importance of local government and voting in local elections but at the same time large numbers do not feel well informed about how decision making works at the local level. Given that most do not seek active involvement in local government and decision-making, building understanding in this area will likely be a challenge, although public appetite for more information does exist’.

The data has been weighted to the known offline population proportions for age, working status and social grade within gender, and for government office region and education, to reflect the adult population of the United Kingdom.