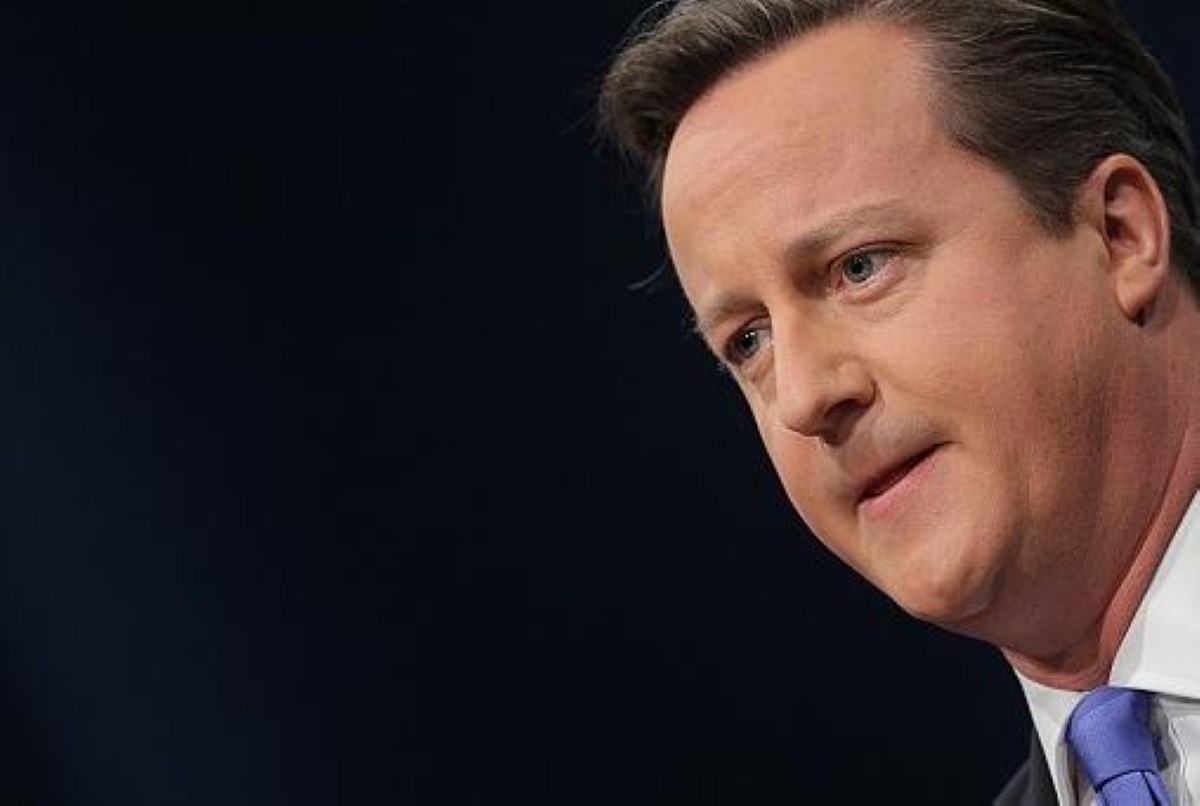 David Cameron threw tax sweeteners to lower and middle-income earners today, as he closed the Conservative conference with a decidedly more upbeat message to voters.

After yesterday's harsh speech from George Osborne promising more austerity in the next parliament, Cameron made a series of pledges on income tax, housing and zero hours contracts to sweeten the pill of continued spending cuts.

"I'm not a complicated man. I believe in some simple things.

"Families come first. They are the way you make a nation strong from the inside out.

"I care deeply about those who struggle to get by but I believe the best thing to do is help them stand on their own two feet – and no, that's not saying 'you're on your own', but 'we are on your side, helping you be all you can'.

"Those who do the right thing, put the effort in, who work and build communities – these are the people who should be rewarded."

The prime minister pledged to raise the tax-free personal allowance to £12,500 in the next parliament. The policy previously belonged to the Liberal Democrats and Ukip.

He also promised to raise the point at which people start paying the top rate of income tax to £50,000, in an announcement which was met by huge applause in the Birmingham conference hall.

Elsewhere in the speech Cameron said he would scrap the exclusivity element in zero-hours contracts, so that workers can at least top up their income with work elsewhere.

He also announced a starter home programme, in which 100,000 new homes would be on sale for 20% below market price for British first-time buyers under the age of 40.

"For people who are poorer on lower earnings, this is a really positive speech. All of this is balanced from a Conservative perspective. With universal credit coming in, and we are committed to a national rollout, this is a dramatic statement for people on lower earnings."

The policies littered a well-delivered speech in which the prime minister tried to move onto Labour's political territory.

Cameron promised to maintain the ring-fencing of the NHS budget into the next parliament, if he was elected prime minister. He appeared on the verge of tears during an impassioned attack on Labour's rhetoric on the NHS.

"From Labour last week, we heard the same old rubbish about the Conservatives and the NHS. Spreading complete and utter lies.

"I just think: how dare you.

"For me, this is personal. I am someone who has relied on the NHS – whose family knows more than most how important it is, who knows what it's like to go to hospital night after night with a child in your arms, knowing that when you get there, you have people who will care for that child and love that child like their own.

"How dare they suggest I would ever put that at risk for other people's children?"

Cameron's commitment to spending more on health than the rate of inflation every year of the next election will still leave the NHS under significant cost pressure as it tries to deal with the soaring demands of an elderly society.

The price of the ring-fencing during this parliament was £12.7 billion extra in cash terms and Cameron can expect similar costs for the next.

His speech suggests the NHS will be front and centre of the general election campaign next year.

On the one hand, it shows he is confident enough to reach out from beyond the party's core support into what is seen as Labour territory.

On the other, some election strategists will advise Cameron to stay away from an issue so firmly in Labour territory.

The opposition is 30 points ahead of the Tories on having the best healthcare policies according to Ipsos Mori, with the Conservatives currently on their lowest position since 2004.

The prime minister also tried to prevent Labour from portraying itself as the party of living standards, with a pledge to make sure British families will feel the effects of the economic recovery.

"If our economic plan for the past four years has been about our country and saving it from economic ruin, our plan for the next five years will be about you and your family and helping you get on.

"The next Conservative government will protect the NHS budget and continue to invest more because we know the truth – something Labour will never understand and we will never forget -you can only have a strong NHS if you have a strong economy.

"I did not come into politics to make the lines on the graph go in the right direction."

Underneath the fragile calm of the main stage however, rumours about further Ukip defections continued to dominate conversations following the departure of Douglas Carswell and Mark Reckless.

Yesterday, Tory backbencher Bill Cash was told his own son had joined Ukip as heritage spokesman.

"He has never taken any interest in politics or what I have been doing in the past 30 years," he told the Telegraph.

"That is news to me. I can't say I have any knowledge at all. I absolutely totally reject the idea.

"It is completely absurd to imagine that Ukip can change anything. I haven't actually got the information at this stage but I will take your word for it.

"I completely disassociate myself from his actions."

Conservatives are now throwing everything at defeating Reckless in the upcoming by-election, in a bid to stem the flow of Tory MPs willing to switch to Ukip.

Those efforts were hampered this morning when Tory donor and multi-millionaire Arron Banks told Sky News he was also defecting to Ukip, bringing a £100,000 cheque with him.

"I've supported the Conservatives for a number of years but have come to the realisation that only UKIP supports my views," he said.

"Being a member of the EU is like having a first class ticket on the Titanic. Economically, remaining in the EU is unsustainable."

The conference season will come to an end next week when the Liberal Democrats hold their event in Glasgow.