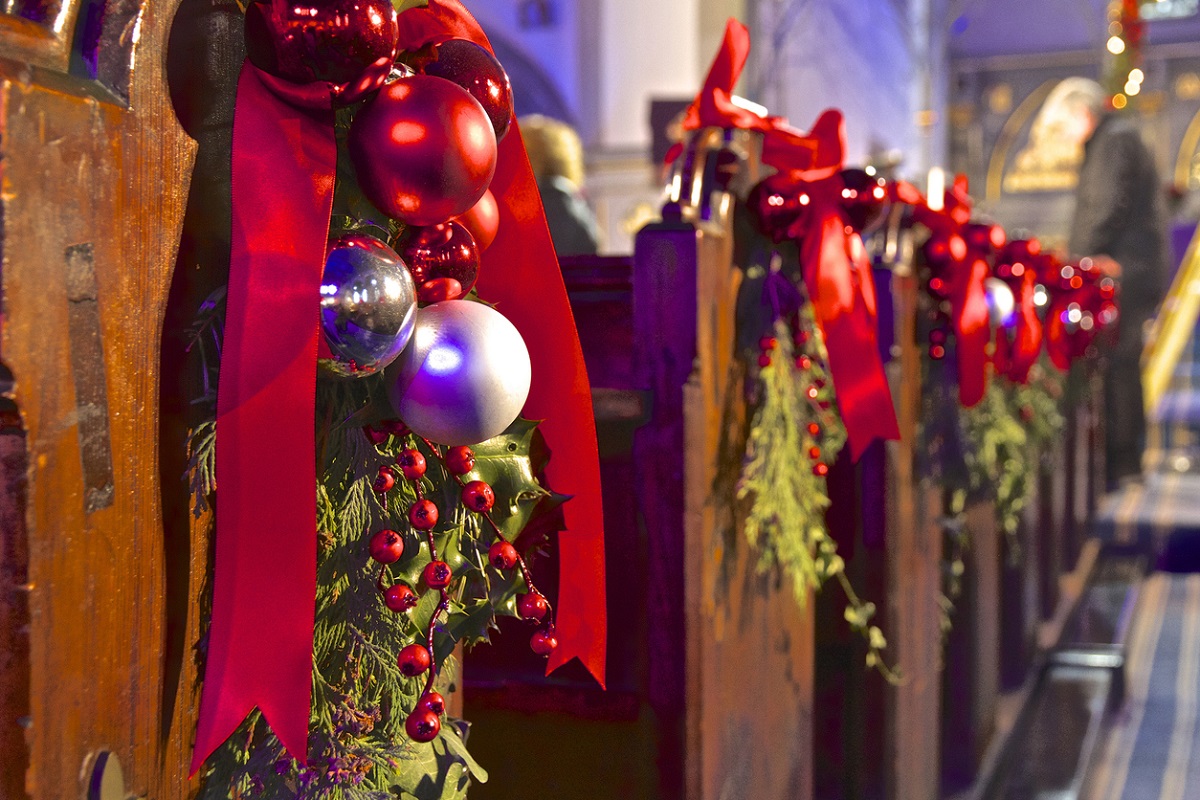 ‘Tis the season for certain people to get all vexxed by Christianity being tippexed out of Christmas.  I mean we can’t even call it Christmas anymore – it’s all Winter Festival, Festive Season; even Marks and Spencer’s are flogging Christmas cards under the banner ‘Merry Pigmas’!  Is nothing sacred any more?

Many people see the Christian Christmas story as an important part of British culture and tradition. They see the removal of Jesus Christ from the Christmas narrative – replaced by vague schmaltz, contrived inoffensive moralising and commercialism – as a woke/PC assault on our treasured traditions and on the true meaning of the season.

Christian imagery and story-telling is seen as part of our Britishness and therefore to seek to remove the Christ from Christmas is considered an unpatriotic act.

I’m a Christian. Yet I confess that this month I will probably watch Home Alone (and Home Alone 2 – but not Home Alone 3 and 4 because they are abominations) more often than I will go to carol concerts. I am perfectly happy to join in with the non-religious aspects of the season.

But of course, I am saddened by the steady removal of the Christian message from our celebrations of Christmas as a country. Partly because I rather like traditions too, but largely because I see Christmas as a great opportunity for non-Christians to take a second look at the gospel. The removal of Jesus from his own festival seems to come from a combination of deliberate hostility to the faith and naive religious illiteracy. I am irked by it a bit.

What intrigues me though is that those who complain that our media and society are de-Christianising Christmas, may be guilty themselves of the very thing they accuse others of. Matthew Parris wrote recently in the Times that the Church of England was never really about God, but instead was all about the cosy tradition: “inseparably associated with bricks and stones and windows, rituals and music; theologically unchallenging”.

But Christianity is not traditional, it is radical. And the message left to us by the record of the first Christmas is just as disturbing to conservatives as it is to liberals.

At Christmas we belt out ‘Come all you faithful, joyful and triumphant’, but we don’t really think why we would be joyful or triumphant. The nativity is a nice story, but babies get born quite often. Heart-warming stories of babies born in difficult circumstances aren’t that rare either… so why all this celebration, what’s the big deal?

The big deal is that this baby had been predicted thousands of years before he was born.  Centuries of waiting had come to an end in the most unlikely of places. And the wait had been worthwhile. Yet the baby came for one main purpose, and that was to die a horrific and unjust death.  Christmas is meaningless without Easter.

The Christmas message is that all the misery, evil and tragedy that we seek to brush under the festive carpet but which marks the reality of existence, is the fault of human beings.  God is utterly just and cannot tolerate evil and so humans face the fair but terrifying penalty for their wrongs.  Yet, in his love and mercy he chooses to accept the penalty for all that evil himself.  That penalty is paid by Jesus as he dies 33 years later on a cross outside Jerusalem.

Jesus’ death means that we have hope. It means that all that evil, sadness and pain will be abolished forever for those who will accept Jesus as their saviour.  That’s what the rejoicing is about, that’s why it’s totally fitting to be triumphant. It’s quite a bit better than your team winning the league, your party winning an election, your ‘side’ winning a referendum…. this is God in human form overturning death, crushing the things that you hate and fear the most and restoring you to what you were created to be.

Is that part of your Christmas tradition? If it’s not, then for all you may complain about the woke crowd tippexing out Jesus from Christmas, it may be that you are just as guilty.

You see ‘Peace on Earth’ isn’t just some wholesome, vacuous festive homily. It’s a declaration of the end of the war between a holy God and sinful people.  A war that we can only lose. It is a peace that we can only enjoy if we are prepared to accept God on His terms. A tax collector in one of the parables that Jesus told, bows his head and cries: ‘God have mercy on me a sinner’. It’s a phrase that tells you everything you need to know: it tells you what you are, what you need and the only way you can get it.

I’m not that fussed about traditions. They can be nice and cosy, they can be trite and dull. Christianity renders all our other identities puny by comparison, be they national, cultural or personal. It calls on us all to cry for mercy to the one who has made it possible. And he made it possible because the baby in the manger will become the man on the cross, and that’s the reason we celebrate.