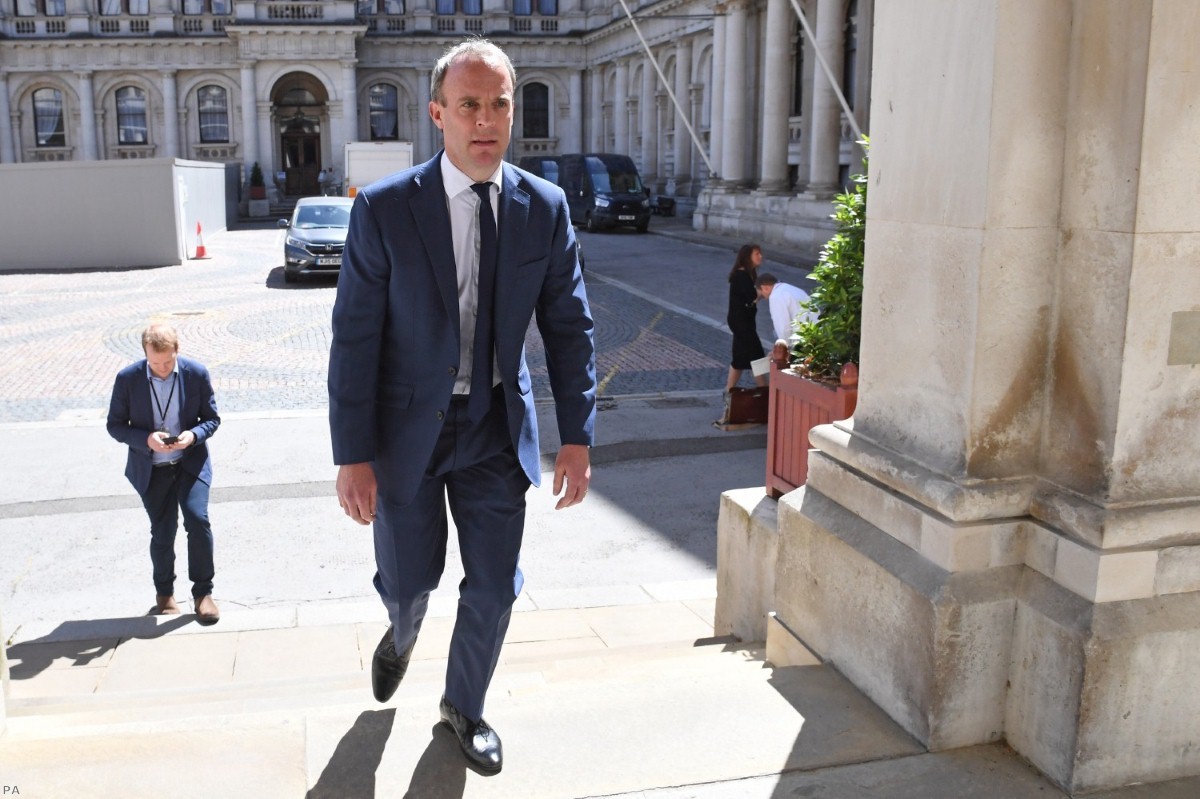 Suddenly, it seems that Britain has reacquired an ‘ethical foreign policy’ – a concept not seen on these shores since its introduction by Robin Cook at the start of the Blair government.

The first new sighting occurred on July 6th, when foreign secretary Dominic Raab introduced the UK’s new Global Human Rights Sanctions Regime, known as the Magnitsky Act, along with a list of Russian and Saudi malefactors to suffer sanctions. As Raab explained, this “dynamic new vision for a truly global Britain” would ensure that the country could “hold to account the perpetrators of the worst human rights abuses”.

A week later, Britain was facing down another unsavoury regime, as the government U-turned on Huawei’s involvement in Britain’s 5G networks. There were good reasons, both technical and industrial, for this change of heart and US pressure was all the harder to resist after China’s ruthless assault on Hong Kong’s autonomy. But the decisive factor behind the reversal seems to have been the growing rebellion on Tory backbenches, as the rank and file of the party talked itself into a mood of righteous indignation about the behaviour of Xi’s China. It was almost as though this was the first moment at which the true nature of that autocratic, ruthless and boundlessly ambitious regime had been revealed to them. The government has since called out China’s “gross, egregious human rights violations”.

Poor Raab. He spoke so trenchantly on July 6th. “Today this government and this House sends a very clear message on behalf of the British people: that those with blood on their hands, the thugs of despots, or the henchmen of dictators, won’t be free to waltz into this country to buy up property on the King’s Road, or do their Christmas shopping in Knightsbridge, or frankly to siphon dirty money through British banks or financial institutions”. How was he to know that the Russia report by parliament’s intelligence committee would be available for us all to read only two weeks later? After all, the government had succeeded in suppressing it for the previous ten months and there were plans in place to ensure that a compliant chair for the reconstituted committee kept it under wraps for further months to come.

Instead, the new committee asserted its independence and made the report public, highlighting the government’s studied lack of interest in discovering whether Russian interference influenced the Brexit referendum – and painting a worrying picture of the depth and extent of establishment capture in ‘Londongrad’ by dirty Russian money. A section entitled “Trying to Shut the Stable Door” mused on how tough it would be to do much about this, now that Russian influence was so entrenched and a mismatch had arisen between the lawyers and accountants retained to defend Russian interests and the under-resourced regulators and investigative agencies trying to do something about it. The Knightsbridge shops and King’s Road estate agents seemed to have little to worry about for the foreseeable future.

The principled stand against Saudi abuses collapsed even faster. Scarcely had the list of Saudis sanctioned for their involvement in the murder of Jamal Khashoggi been published when defence secretary Ben Wallace phoned his Saudi counterpart to mend fences. Rather more to the point, Britain then announced that it would resume issuing export licences for arms sales to Saudi Arabia, which had been suspended since last year after a legal challenge related to the war in Yemen. British-supplied warplanes and British weapons have caused thousands of civilian deaths in that tragic and pointless conflict, but that was clearly not going to be allowed to stand in the way of the new £5bn contract to supply the Saudis with a further 48 Typhoon aircraft.

The government faced a real dilemma here. Even before the pandemic side-swiped the British economy, the state of manufacturing industry was a major concern. And it is an inconvenient fact that, big pharma aside, BAE Systems is the jewel in the crown of British hi-tech manufacturing, along with Rolls Royce, whose engines power the BAE Typhoons. The Saudis have been the cornerstone of BAE’s business, ever since the company’s predecessor broke the US monopoly on that market by selling Lightning fighters in the 1960s. BAE is now the fourth biggest arms company in the world, directly employing 36,000 in mainly hi-tech jobs in the UK and supporting tens of thousands more indirectly. The company’s UK centre of gravity is Lancashire, while Rolls’ is Derby – so both are critical to the government’s ‘levelling up’ agenda.

Declaring an ethical foreign policy is easy and briefly gratifying. Living up to it is a lot harder. It involves being ready to sustain real economic damage. So strident self-righteousness may not be best indulged when the economy is flat on its back. A bit less rhetoric and a bit more hard work may be preferable: on setting our own house in order, so we are less dependent on arms exports and money-laundering, and on the patient diplomacy required to build the international alliances which stand a real chance of influencing the behaviour of obnoxious regimes. Otherwise, an ethical foreign policy will struggle to re-establish itself in the UK habitat.

Nick Witney is senior policy fellow at the European Council on Foreign Relations.