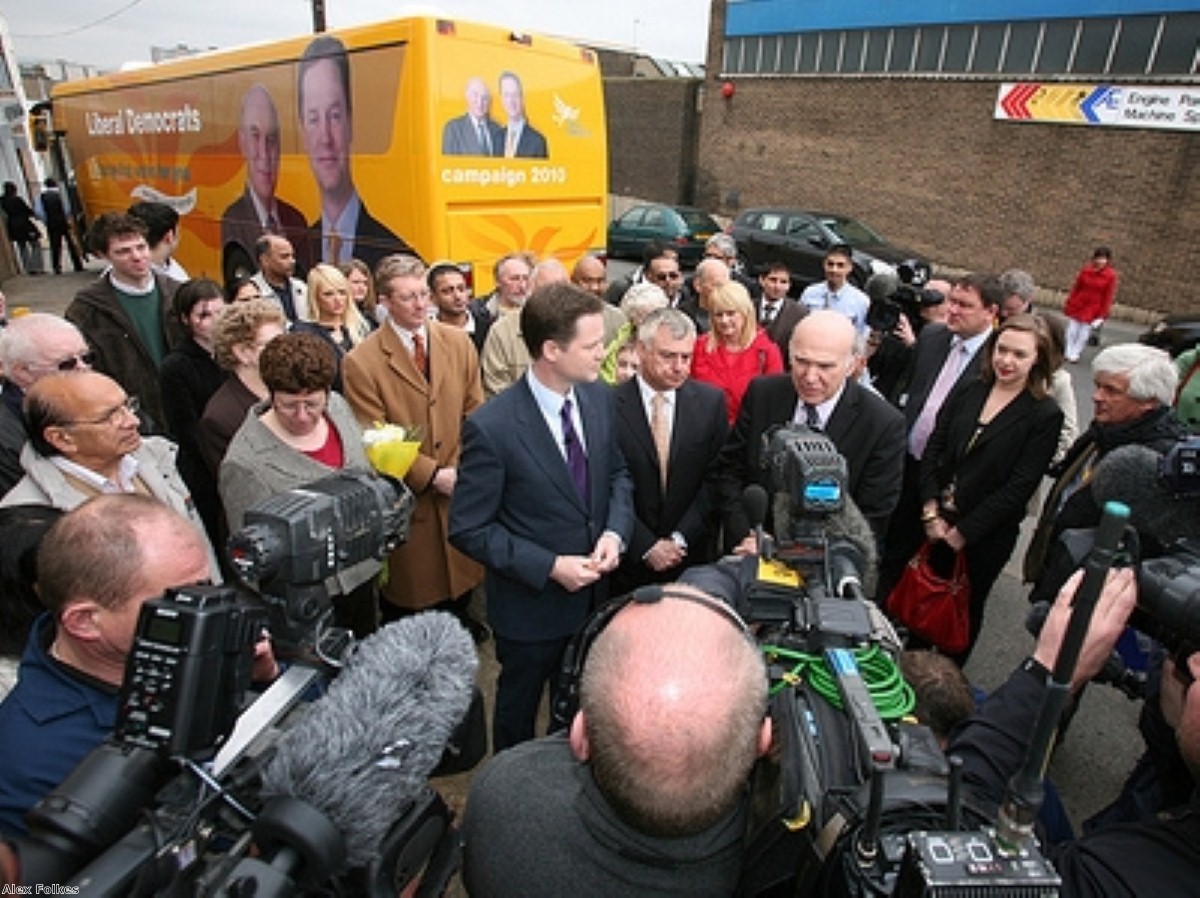 Nick Clegg's party has a problem.

At the next general election, now less than two years away, the party renowned for tuition fees is going to have to present to voters a manifesto of policies it proposes implementing if it is elected to power.

This did not work out well last time round.

Voters mistakenly assumed that the Lib Dems' 'pledges' were promises which its elected representatives were honour-bound to keep.

This proved tricky. Coalition, it turned out, meant letting the Conservatives do whatever they wanted on most issues. This, Nick Clegg explained, is what responsible government means.

A terrible revenge is likely to be exacted on his party in 2015. That, at least, is the script: but a tenacious Lib Dem defensive campaign focusing on just enough seats to hold the potential balance of power in 2015 could change all that.

There is half a chance that, despite shedding ten per cent of its national vote share, the Lib Dems could remain a decisive force in British politics even if reduced to just 35 seats.

This is the scenario which Clegg, a man bruised and auto-tuned by experience, proposes working into his party's 2015 manifesto.

It is a document which will now become part-promises booklet, part negotiating guide ahead of another flurried, rushed set of talks with Labour and the Tories.

Clegg's proposal is a simple one. The next Lib Dem manifesto will remain largely composed of things the party would like to do if it wins an overall majority – a prospect even more laughable than it was in 2010, when Clegg cheerfully declared his ambition to be prime minister.

It will also contain a list of 'red line' policies – those non-negotiable ideas which the party will insist on if it is to agree to join another government as its junior party. These are the ones which actually matter.

Voters will not like any of this. They will feel the original manifesto promises have been downgraded. That they are now something to be horsetraded rather than solemn principles to be rigidly defended.

Coalition, the Lib Dems argue, requires a certain flexibility. By introducing these 'red line' policies they will claim they are actually reducing that flexibility, not increasing it.

The real significance of Clegg's new approach may not lie the effect it has on voters' attitudes.

After all, most of those deeply alienated by the Lib Dems' pick-and-choose approach to government will not be coming back, regardless of what they put in their manifesto.

Instead this could prove critical in that it could make it harder for a happy conclusion to the hung parliament crisis, if no party gets an overall majority in 2015.

By publicly binding themselves to a list of immovable must-have policies, the Lib Dems may even prevent agreement becoming possible – thus setting up an 'acceptable' scenario for a looser, confidence-and-supply arrangement with a minority government. This might be bad for the markets, but it could prove better for the Lib Dems.

Setting up a more restrictive stall for possible coalition negotiations does not have to mean another coalition is less likely.

It all depends on the nature of those red line policies. How ambitious will Clegg's manifesto be?

At one extreme, insisting on scrapping Trident would effectively end any chances of a deal for good.

At the other, merely insisting on watering down electoral reform to introduce proportional representation in local elections might prove such a small-scale measure as to be rather meaningless.

The red-line approach might frustrate voters, but it has the potential to be decisive. All it requires is some careful finessing – in advance – from liberal strategists. The lessons of 2010, and the last five years, must not be forgotten.