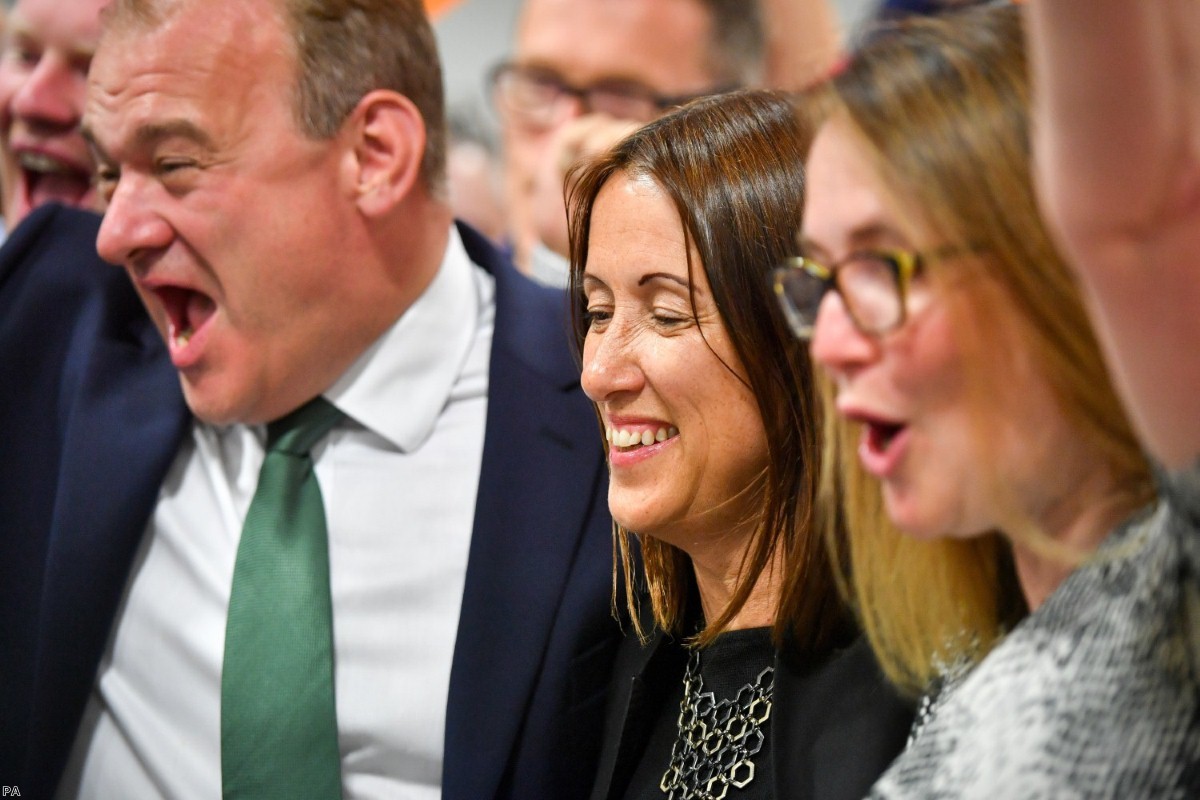 Week in Review: The Remain alliance claims its first scalp

We're in a whole new game. The Brecon and Radnorshire byelection result in the early hours of Friday morning saw the Liberal Democrats claim victory, overturning a Conservative majority of 8,038 to take the seat by 1,425 votes.

It's one of those results which carries several likely consequences. Boris Johnson's working majority has now been cut down to one. His honeymoon bounce doesn't seem enough to save him. A Tory-Brexit party split hands Remainers a significant electoral advantage. The Conservative decision to jettison its moderate support comes at a massive price – probably about 50 Lib Dem seats in the general election and a handful of Scottish seats too. There is no way to see how they could ever win a majority without those seats, outside of a pact with Nigel Farage.

There are reasons for Remainers to be cautious in their celebrations though. The combined Tory-Brexit party-Ukip vote was 50.3%, next to 48.7% for Labour and the Lib Dems. On the Brexit issue, in this mildly Leave seat, views haven't shifted.

There's also the byelection rule: don't conclude too much. Back during the 2013 Eastleigh byelection, the Liberal Democrats won with 32.1% of the vote. We all made too much of it. Maybe the Coalition hasn't smashed the party, we thought. Maybe voters would drift back to them. Two years later there was a general election and they got a proper spanking – including in Eastleigh.

What had happened? Well it's true what they say. Byelections really are different. You can flood an area with campaigners when there's only one seat to focus on. Residents in Brecon yesterday reported having been approached by party activists several times. That depth of campaigning is more difficult in a general election, when resources are spread out.

But even with all those caveats in place, it was a historic result. Last night offered proof-of-concept for a Remain alliance. The fact it was won by a relatively tight margin makes it look vulnerable – but actually that increases the argument for it. If the Greens or Plaid Cymru had stood, they may well have won enough votes to hand the seat to the Tories.

The anger and indignation of Remainers during the European election campaign – watching parties without a cigarette paper's difference on Europe battle it out – seems to have really knocked heads together.

If last night hadn't worked, that project would've been hard to get off the ground. But it did. There is now plenty of interest in having those talks, side-stepping the absence of Labour leadership on the issue, and having the alliance simply support those Labour MPs prepared to fight Brexit.

There are still all sorts of difficulties to come. What do you do about Tory Remainers like Dominic Grieve? How to handle Labour frontbenchers, who have had to vote with the party line but are clearly pro-Remain? What is the core proposition for the Greens – how many seats do they get a free run at and where? And what on earth do you do north of the border, where the Union issue provides an extra layer of complexity?

But these questions will be answered in discussions. The first thing is for parties to show interest, which they have done, and for concrete results to demonstrate that it can work in practice, which has now happened. That means we're game on.

The basic contours of our new political world are clear: It's Remain vs Leave, both around the 50% mark, but splintered among different parties. Whichever side can consolidate that vote, wins.