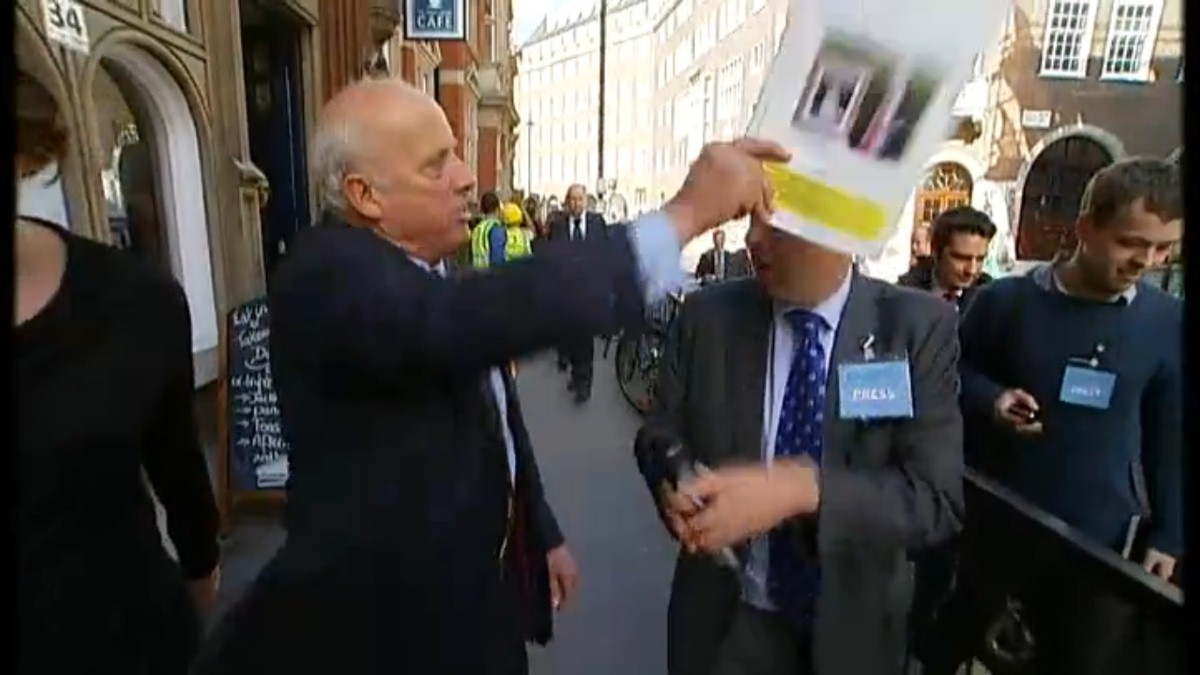 Public sector workers and people living on benefits should be stripped of the right to vote, former Ukip MEP Godfrey Bloom has said.

Bloom told LBC Radio that people who haven't "done a hands turn" should lose their suffrage.

"If you haven’t done a hand’s turn and neither have your parents or your parents’ parents, then I cannot understand why you should be able to vote on the administration," he said.

Ukip leader Nigel Farage was forced to eject Bloom from UKIP in September after he jokingly called a room full of women "sluts" and assaulted Channel Four News journalist Michael Crick outside the party's autumn conference.

"There is no media coverage of this conference. It's gone, it's dead, it’s all about Godfrey hitting a journalist and using an unpleasant four-letter word," Farage told his party.

"We can't have any one individual, however fun or flamboyant or entertaining or amusing they are, destroying Ukip's national conference and that is what he's done."

However, in an interview last month, Bloom suggested that the door had been left open for his return to Ukip at some point in the future.