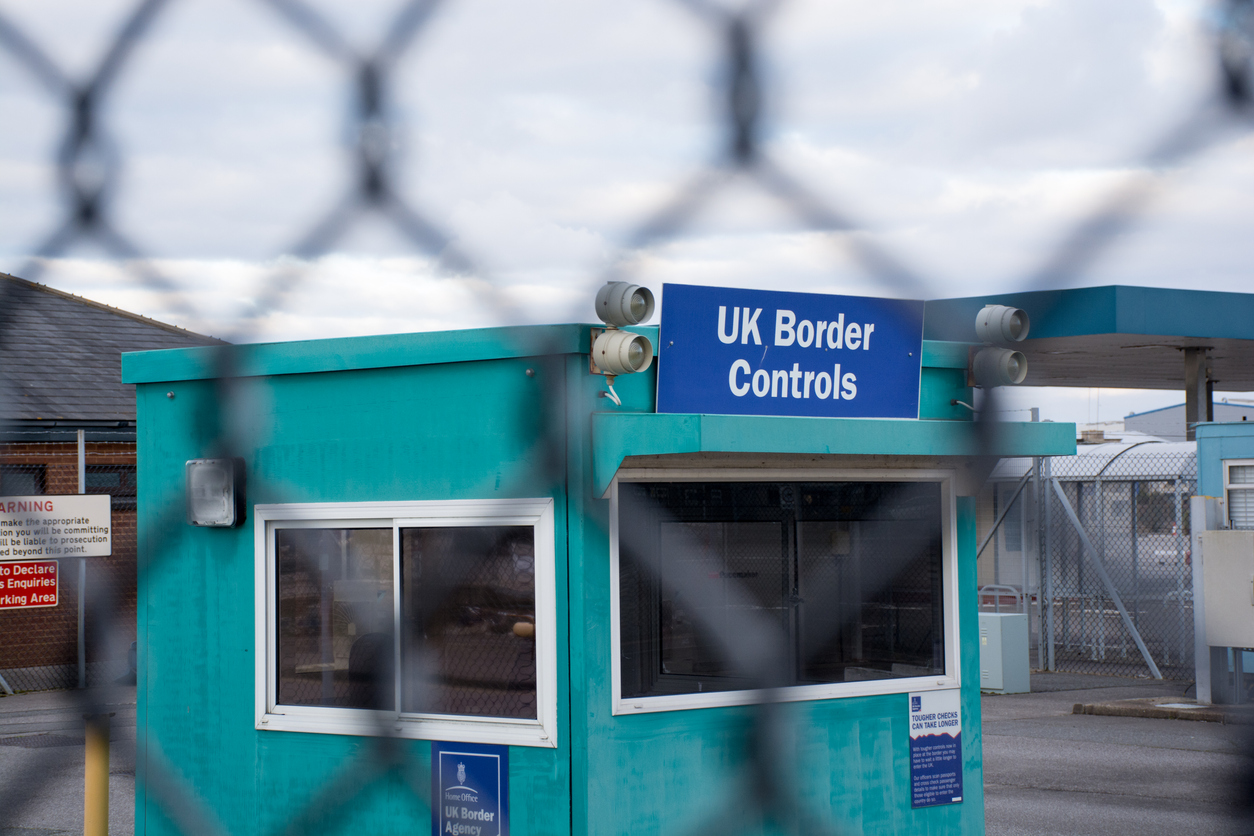 Under the Borders bill, Britain will not treat refugees with the humanity they deserve

Nobody can fail to be moved by the harrowing pictures we have seen from Ukraine over the last few days.

The UN’s refugee agency estimated on Sunday that 368,000 people have already fled, and that this figure could reach 4 million.  Thousands are queuing at the western borders to escape to Poland, Slovakia, Romania, Hungary and Moldova. This is shaping up to match the Syrian war as the biggest movement of displaced people since the 1940s.

Contrary to popular belief, there is no legal obligation for refugees to settle in the first safe country they reach. Which makes sense when we think about it, because otherwise those countries bordering areas of conflict would simply be overwhelmed. That would be unfair and add to the hardship.

This is why the EU has said that it’s 27 members have agreed to explore granting protection for Ukrainian refugees for three years without them having to apply for asylum.

The UK government started off by refusing to change its admission rules at all.

I don’t know whether he was serious, but Kevin Foster MP the immigration minister tweeted over the weekend that there was no need to change make the rules more generous because Ukrainian refugees could already come here if they were prepared to be part of the seasonal agricultural workers scheme.  So, you know, you can flee here for sanctuary so long as you’ll pick our strawberries! That tweet was deleted a couple of hours later.

The government has now said that it will widen the definition of ‘family member’ to allow British Nationals or those who are settled in the UK to bring certain Ukrainian relatives to the UK – to come here for up to a year without having to enter the asylum system.  It has also said that community groups and businesses can sponsor other Ukrainian refugees to come to the UK.  It has not yet, however, given any details as to how that scheme will work and how communities such as mine in Kendal ,can engage with it and offer sanctuary to those in desperate need.

A YouGov poll at the weekend found that 63 per cent of Britons would support the UK taking in Ukrainian refugees.

On Sunday the prime minister spoke at the Ukrainian Catholic Cathedral in London about the parable of the Good Samaritan, which, he said, “teaches exactly what we must do when our neighbours come under attack”, that Ukrainians are our neighbours, and that it is “right to help Ukraine in any way that we can”.

I’m not sure I have ever agreed with the Prime Minister quite so much.

So I ask him to stand by these words – and not just for citizens of Ukraine but for those fleeing conflicts, famine and persecution around the world that receive far less media coverage – in Eritrea, southern Sudan and Myanmar for example.

This crisis highlights the Nationality and Borders bill which is currently going through Parliament. One of my great concerns about this legislation is that it will create two categories of refugee.  Those who come through formal routes – for example the resettlement schemes for Syria and Afghanistan, and those coming via informal routes often from Eritrea, Iran and – for the time being at least – Ukraine.  We’re not acting as a good neighbour if we divide refugees into the ‘deserving and undeserving’ purely on the basis of the method they used to get here.

The government says that the bill is seeking to discourage people from making dangerous journeys across the channel on flimsy dinghies.

But as we saw in Afghanistan last summer and are now witnessing with Ukraine, when your country is being invaded by a hostile power, or taken over by draconian partisans; when your city is being shelled, or armed militants are taking up positions on your street corner, you do not have time to queue for a visa at the embassy. You literally have to collect what you can carry and flee for your life, depending on the mercy of other nations to take you in.

As things stand, Ukrainian refugees arriving on our shores with no family connection will be treated as criminals – given only temporary leave to remain, have no access to family reunion and no recourse to public funds.  They could also be sent to offshore facilities to have their asylum claim processed under the current proposals – and that includes families with children.  And by the way, if any of us help them to get here, we’d be treated as criminals too.

Ukrainians don’t want to settle here permanently – they want to return to Ukraine as soon as they can, because that is their home, but in the meantime we need to show generosity and do our bit to welcome them in for as long as they need to stay here.

I am proud of the reputation that the UK has of upholding human rights and religious freedom – a place where people know they will be safe.

As we pray for peace and justice in Ukraine, heartbroken and angry at the wickedness that is taking place, let’s do what we can to be a welcoming, warm, and prosperous people who do our bit for our innocent neighbours.