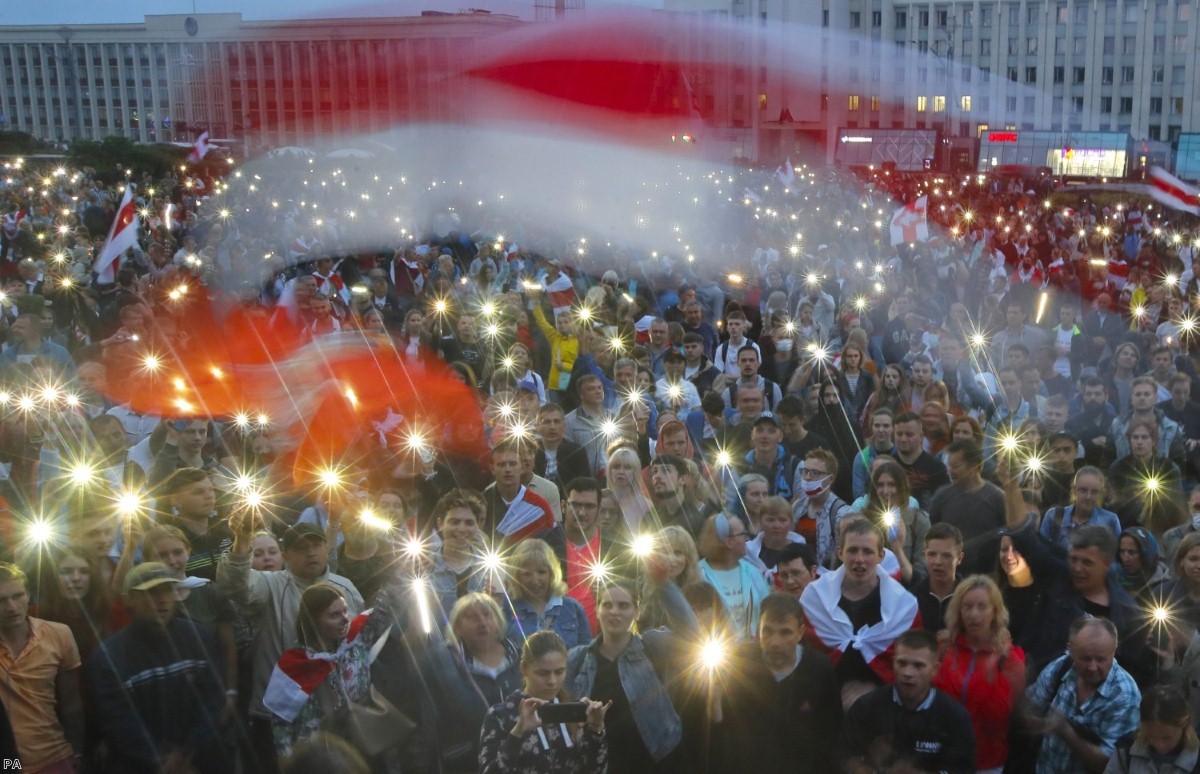 Totalitarian governments understand the power of the internet for cultivating dissenting opinions and providing the opportunity for citizens to orchestrate protests against the state. In recent years, elections in places as diverse as Uganda, Kenya, Bahrain, Cameroon, Egypt, Ethiopia, India, Iraq, Morocco, Saudi Arabia, and Ukraine have been marred by internet blackouts, website censorship, and the blocking of social media and messenger services.

In total, around 30 countries have experienced internet restrictions due to the unrest caused by controversial or downright rigged elections. The aim of the game for those oppressive regimes is to prevent an upsurge of dissenting opinions and stop citizens from being able to successfully mobilise demonstrations and political opposition.

Belarus is the latest country suffering at the hands of government-imposed blackouts. On August 9th, following an exit poll in which it became clear that President Lukashenko would successfully retain the presidency, the government decided to engage in internet blackouts across the country.

For around 61 hours, large-scale blackouts caused social networks, instant messengers and search engines to become nearly completely inaccessible. Lukashenko's government claimed that those blackouts had been caused by a cyberattack originating from outside of the country. Despite these implausible claims, however, most experts agree that the timing of the blackouts indicates government involvement.

Even before the exit poll was released, citizens across Belarus had been engaging in protests. Citizens were well aware of the likelihood that Lukashenko would once again fix the presidential election. And in the month running up to the vote, large numbers of activists and journalists were actively rounded up and jailed to prevent them from speaking out.

With the strength of feeling against Lukashenko at boiling point – and citizens already protesting even in advance of the election results – the government must have been aware that it was going to face unprecedented levels of backlash. The timing of the internet blackout, which was set to occur alongside the results of the exit poll, suggests premeditation.

Throughout Belarus, the reaction to the government-enforced backouts has been one of shock. Leading proponents from Belarus' IT sector, including 300 Belarusian tech developers, executives, and investors have signed an open letter stating that the conditions caused by the blackouts were highly damaging to the tech sector and that the continuation of ongoing police violence would cause it to flee abroad. Early estimates from activists have claimed that the disruption to the nation's infrastructure, including digital banking and online shopping, has already caused losses of around $56m per day.

The chaos caused by the coordinated internet blackouts reveals that Lukashenko is desperately scrambling to retain his stranglehold over the nation. Despite his claims on Monday that he would be willing to call new elections and hand over power following a constitutional referendum, most observers agree that in reality the president will not do so without a fight.

Unfortunately for Lukashenko, the internet restrictions have not been enough to discourage the widespread demonstrations happening across Belarus. Ten days since they began, the protests are still going strong and have even begun attracting the support of groups and enterprises traditionally supportive of Lukashenko.

Russia has stated that it would be willing to offer military support if necessary, but there is a growing feeling that the protests have revealed too much weakness in Lukashenko's regime – meaning that even Putin’s support may now dwindle in favour of other options.

The fear of further internet restrictions is causing mass gravitation towards virtual private network (VPN) services. Leading VPN provider, Hide.me, has noticed an 84% increase in citizens accessing its VPN in Belarusand there are similar reports of VPN downloads skyrocketing from other providers.

The rush for VPNs, which citizens can use to bypass localised internet restrictions and website blocks, reveals that internet users are ramping up their efforts to protect themselves against government-imposed blackouts. They understand that the internet is a vital tool, not only for communicating and escaping the information vacuum but also for evading violent police.

VPNs are a pragmatic tool that give citizens the opportunity to bypass internet service provider (ISP) enforced internet blackouts. They also permit them to access information critical of the government without being tracked and monitored. This is critical considering Lukashenko's willingness to incarcerate dissenters.

However, it is worth noting that a VPN can only help in cases where websites and services are individually restricted. It will not provide relief if Lukashenko decides to completely pull the plug on the internet. With that in mind, Belarus could be approaching increasingly concerning conditions. The only real question now is just how far Lukashenko is willing to go to retain his control.