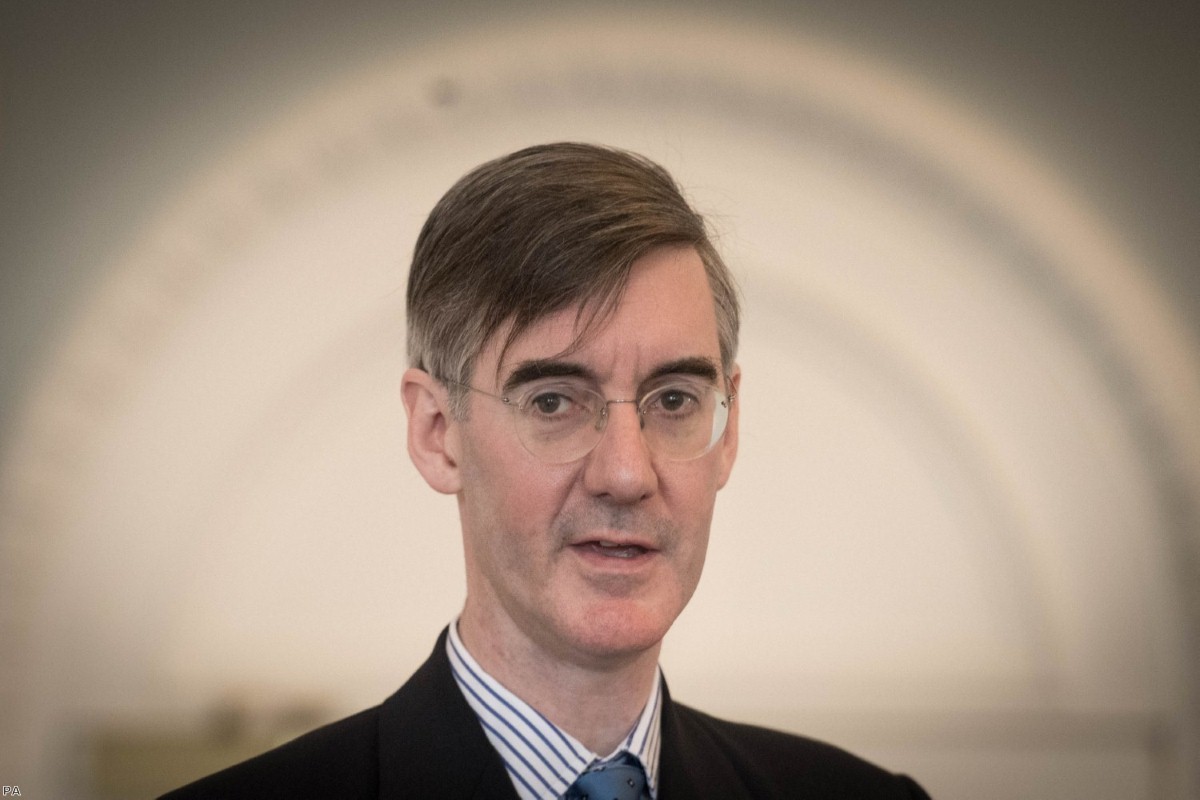 So here's a story about how Jacob Rees-Mogg's nonsense can travel halfway around the world before the fact-checkers have got their boots on. But it's not about fake news or Cambridge Analytica or anything like that. It's about how Brexit supporters talk misleading gibberish with a particular manner intended to mislead the public.

On May 10th, Mogg went on the Daily Politics and said this:

On Thurs 10 May @Jacob_Rees_Mogg appeared on @daily_politics alongside Lord Hennessy and @Alison_McGovern. @Jo_Coburn asked him about food prices. See clip.

Two things to pick up on

It's not clear quite what he meant by this. Experts in the field are confused by it. Peter Ungphakhorn, who spent twenty years with the WTO secretariat, can't make head or tail of it. Steve Peers, who is professor of EU, Human Rights and World Trade Law at the University of Essex, is similarly nonplussed. Lorand Bartels, reader in International Law at Cambridge and senior counsel at Linklaters, is also baffled. It is a particularly confused bit of nonsense.

As best as they and other trade experts can figure it out, Mogg is probably trying to refer to Paragraph 5 of Article XXIV of the General Agreement on Tariffs and Trade, which is the precursor agreement to the WTO. How do they know? Well it's certainly not because of his description of it, which has little connection to its contents. Piecing together what's happening here is like trying to solve a murder mystery game constructed by five-year-olds. It's basic, but then also so unpredictable as to make it difficult.

Mogg specifically mentions ten years. That's useful, because if he didn't it's quite possible no-one could have even comprehended his legal argument enough to refute it. Paragraph 5(c) of Article XXIV refers to plans for the formation of a customs unions or free trade agreement "within a reasonable length of time".

A separate WTO document explaining the text states that the reasonable length of time "should exceed ten years only in exceptional cases". So this seems to be the provision Mogg is referring to. We have pieced the clues together and found a weapon.

Mogg seems to be in a muddle about what the ten-year window is for and to whom it applies. In the clip he says it refers to standards, but this provision has nothing to do with standards. Presumably he means tariffs, which is the context of the discussion, but it is hard to tell.

The ten-year period is for an interim agreement between two negotiating partners as they set up a free trade agreement or customs union. People have these agreements because they usually want to change their trading arrangements slowly.

But this is of little help to the UK in Brexit negotiations. For a start, the interim arrangement requires that you have a "plan and schedule" towards an end-state. It doesn't just freeze-frame your status quo for a decade while you work out what you're doing. And if it did, Mogg would be the first one to complain that we were still strapped to EU rules. Even on his own terms, the argument makes no sense.

Secondly, the provision is for forming a customs union or free trade agreement, not leaving one. Given that no details are included about how you do leave one, it doesn't seem to offer any protections.

This part of the agreement is quite wishy washy and lawyers can get up to all sorts of mucky stuff with it. Maybe some smart alec could claim that once Article 50 is over the new period would function as the start of trade talks and have to encapsulate and yet simultaneously ignore all that came before it.

Good luck with that. Experts in this area of international law are clear that it does not do anything like what Mogg is claiming. Certainly if your policy is to try to rely on this provision for your country's economic security, then you might want to significantly rethink the way you're going about things.

But it doesn't matter. Mogg can churn this stuff out quicker than people can read the impenetrable legal text on the WTO website, talk to legal experts, critique it and then complain on Twitter. And he does so in a manner that has a practiced confidence and calm to it.

Watch that clip again. A normal viewer who is not particularly invested in this debate would come out of it thinking that everything is fine, the consequences of our current course of action are minimal and all those experts in the House of Lords don't know what they're on about. In fact, it is a man flapping a non-existent piece of paper in the air as he demands we drive the economy off a cliff.

This is how they mislead the public. They smother them in nonsense – the type of nonsense so technical, jargon-filled and tedious that no-one in their right mind looks into it – and then tell them, with a soft smile and a posh accent, that everything will be OK.

It is telling that a political movement which defines itself through the will of the people should be so accomplished at misleading it.