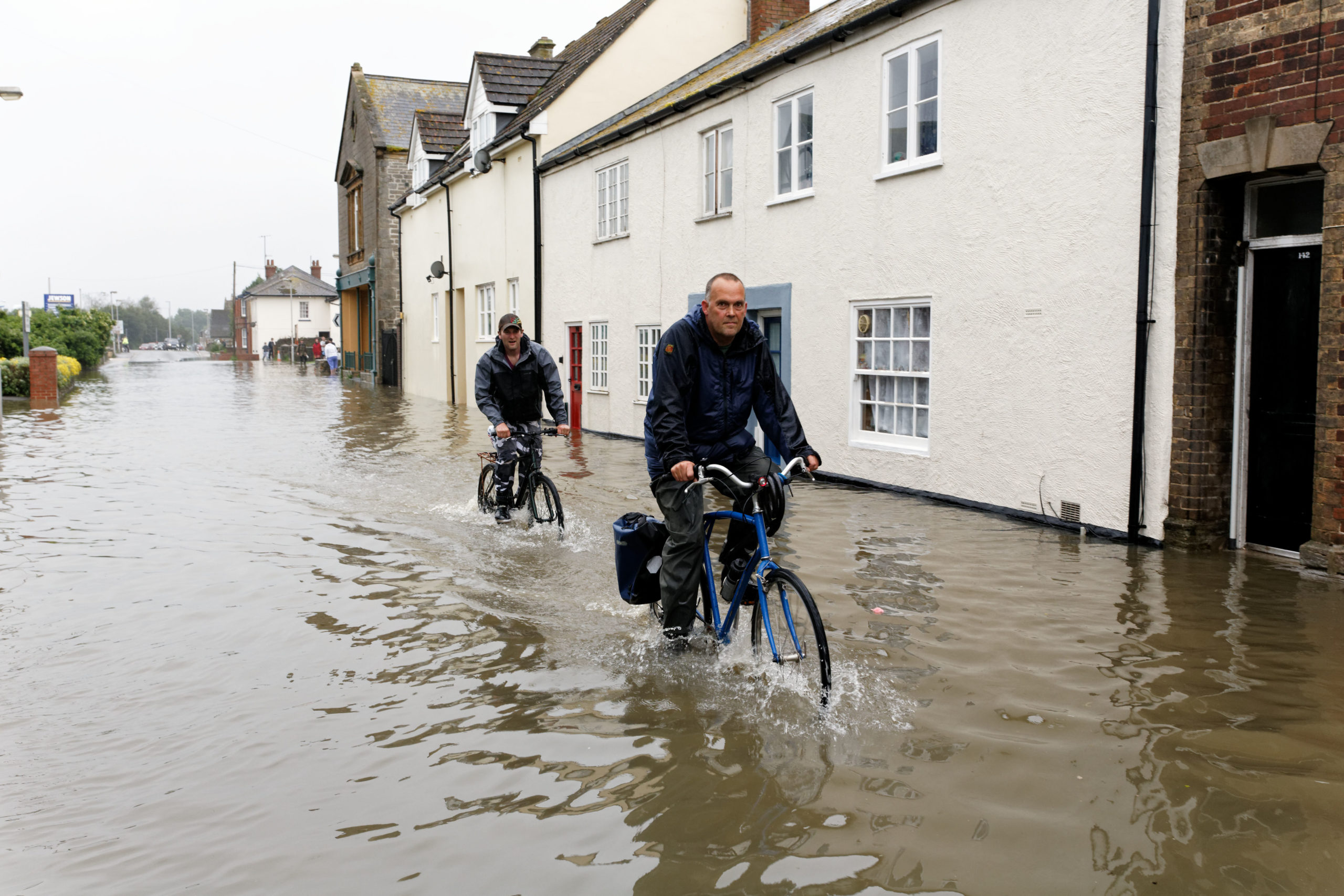 The evidence was used to create a UK Flood Impact Map, an original interactive map of flood impacts in the UK, created in partnership with ClimateNode. While extensive, the analysis is not exhaustive, as it only covers a sample of the articles published since 2007, and not all flooding incidents will have been reported.

The analysis reveals that the UK is not adequately prepared for the increasing risk posed by flooding as the climate changes. In particular, the UK has an urban drainage problem, affecting communities across the country during incidents of heavy rainfall, putting drainage and sewerage infrastructure under strain, even exceeding their limits, and contributing to flooding in some cases.

Bright Blue’s analysis using NLP has revealed that since 2007 there have been at least 51 flash flood events in major urban areas.

These events have led to at least 15 hospitals have experiencing disruption or imminent risk of disruption to patient services or hospital support services.

At least 68 schools have suffered sufficient water entering buildings to disrupt lessons, or school transport stuck in floodwater, including 22 with at least significant damage and seven with severe damage.

Around nine care homes and four retirement complexes have been flooded, all of which were catering for the elderly.

At least 31 UK supermarket branches have suffered from flooding and there have been at least two occasions when dam safety has been at risk due to flooding.

12 flooded electricity substations have been flooded, in at least one case leading to power cuts which were problematic for emergency response and community resilience, and at least five instances of damage to gas pipelines due to the bridges supporting them collapsing.

The report urges the government to fund an ongoing research programme on risks associated with extreme rainfall in towns and cities. It also recommended that the government conduct a civil resilience exercise for a possible flooding event in a major city.

It also says local authorities ought to be given the power to allow supermarkets to temporarily remain open longer on Sundays during major incidents linked to extreme weather events. A relaxation of Sunday trading laws during serious flood emergencies could help ensure food, cleaning supplies and replacement personal items are available to those who need them.

Helen Jackson, Associate Fellow at Bright Blue and report author, commented: “The disruption caused by Storm Arwen highlights the need to make our infrastructure resilient to extreme weather, and be more preventative and less reactive. Many towns and cities in the UK are seeing repeat episodes of flash flooding affecting households, businesses, and transport systems.

“We need to recognise this trend and do much more to ensure our urban drainage and sewer systems can cope with heavy rainfall as the climate changes. This should include limiting the spread of impermeable surfaces in our cities and ensuring basic measures like drain cleaning are not overlooked.

“The recent furore over sewage spills highlighted the importance of adequate drainage and sewerage systems for environmental quality – but this is not just an environmental issue, it is a public safety issue.”

Jonathan Djanogly MP, Member of Parliament for Huntingdon, said in response to the report: “As I have found in my own Huntingdon Constituency, there are few issues other than flooding that can so dramatically and quickly provide a negative impact to people’s homes and lives.

“This issue urgently needs to be addressed and so I welcome Bright Blue’s report and its many recommendations; not least to better manage research and information concerning flood risk and impacts as well as better support for urban drainage.”