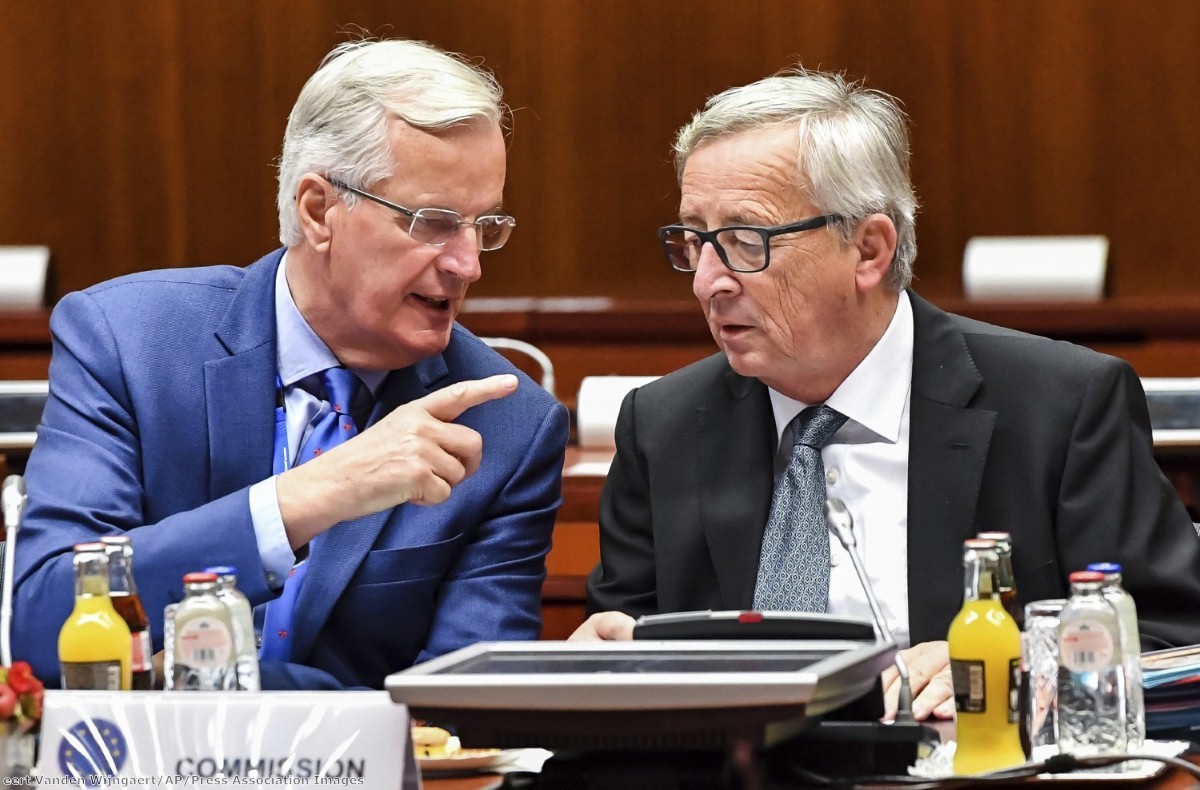 Brexit: There is no such thing as transition

The EU talks about transition, while Theresa May talks about implementation. They are both wrong. There is no such thing. These are just euphemisms for the creation of a viable negotiation timetable.

Yesterday in the Commons, May said something concerning. Iain Duncan Smith sought to drag her phrase 'implementation' to its logical conclusion, by suggesting that you can't implement something unless you have decided what it is. May buckled under the weight of the terms she had chosen to use. "I thank my right honourable friend because he is absolutely right," she answered. "The point of the implementation period is to put in place the practical changes necessary to move to the future partnership and, in order to have that, you need to know what that future partnership is going to be."

It is pernicious but it is smart. Over the last few months hard Brexiters and European leaders have both in their own ways conspired to keep her in place as their best hope.

Michel Barnier and the Europeans are not really so different. They call the period 'transition', even though there is nothing to transition to. They also envisage something lasting two to three years. Sometimes it is even shorter. "If we reach an agreement on the orderly withdrawal of the United Kingdom, such a [transition] period, both short and framed, is possible," the negotiator told European reporters recently. "To my mind, it makes sense that it covers the financial period, so until 2020. It would leave us more time to prepare for the future relationship."

But Barnier's timetable for the final trade deal is rather different, lasting "several years". And even then it would only amount to something like Ceta – the Canada-EU deal. "From the moment the UK told us that it wants out of the single market and the customs union, we will have to work on a model that is closer to the agreement signed with Canada," Barnier said.

The Canadian deal just throws away a bunch of tariffs. It does not do anything about extremely laborious and damaging country-of-origin checks. It does nothing to help services in an economy heavily reliant on them. It is an old fashioned thing dealing with trade deals as they existed decades ago. The heart of meaningful trade arrangements now lies in harmonised regulation. The Canada deal has very little to say about that. Emulating it in the UK-EU relationship would entail severe economic damage to the UK.

That is the reality of the situation: Britain is about to pay out huge sums to secure a transition arrangement on its partner's terms in order to impoverish itself in the long term.

You can see why the Europeans have stuck to this system. It was clear all along that Article 50, with its crippling timetable and emphasis on the European block's decision-making powers, was in Brussels' interests, not those of the leaving country. They have precious little reason to deviate from a system which puts them at such an advantage.

What has never been clear is why May signed up to it. Brexiters were Brussels' useful idiots. They demanded she trigger Article 50 because they were scared their project would get away from them if they wasted any time. Those urging caution were treated as saboteurs. Those calling for single market and customs union membership to remove the cliff edge were treated as saboteurs. Those demanding she pre-empt negotiations by agreeing a sane timetable outside Article 50 were treated as saboteurs. All attempts at viability fell on deaf ears. Now that the true irresponsibility of that decision has become clear, May must pretend that this timetable makes sense. So she calls it "implementation" and pretends the impossible is possible.

It doesn't make sense. It never will. That trade deal – even one as unsatisfactory as Canada's – will take much longer than she says.

How much longer will we keep making the same mistakes and inventing extraordinary new language in order to cover them up? How long until Britain puts crazed religious zeal to one side and focuses on securing deliverable goals to a realistic timetable? The mistakes of the past should guide our future, but in this case we are more intent on covering them up than recognising them.