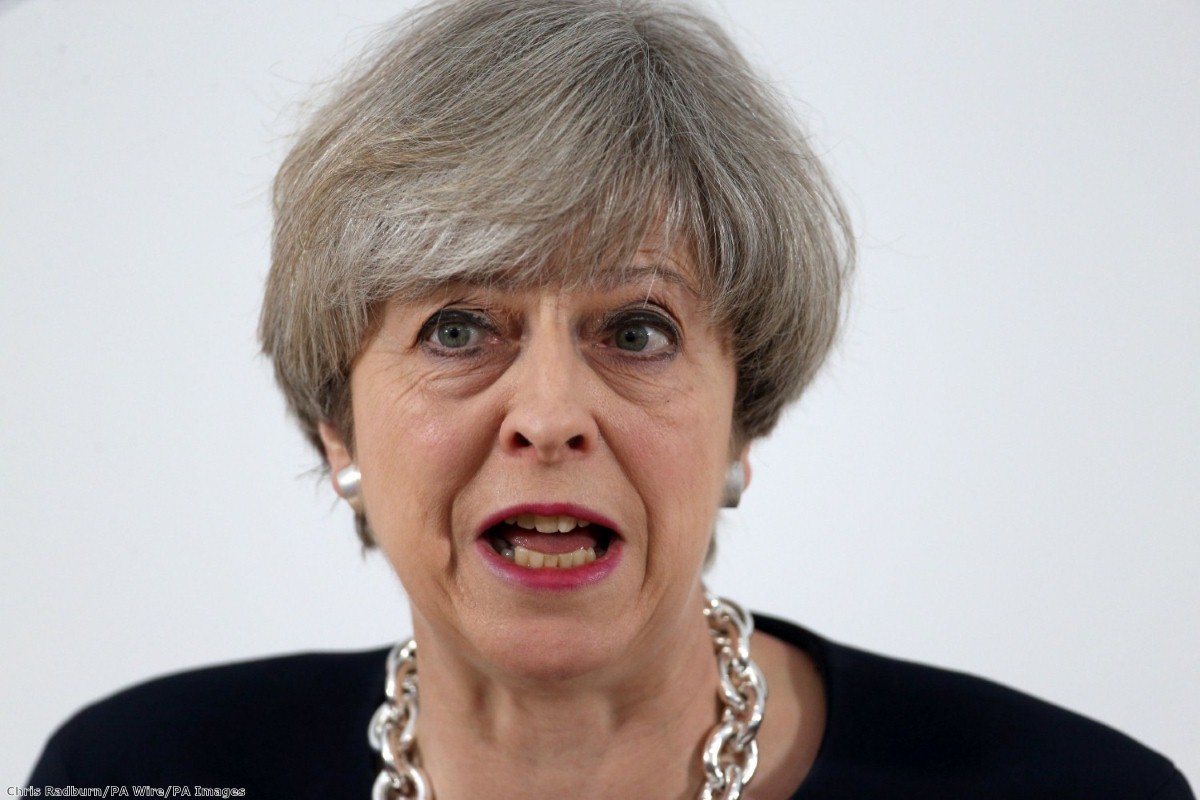 How the general election could go against Theresa May

First things first: The Conservatives are almost certainly going to win the general election and, in all likelihood, increase their majority to around the 100 mark. Corbyn is too weak, the forces of opposition are too divided and Theresa May enjoys strong personal polling.

This is why she has undertaken this decision. It's got nothing to do with the threat of Brexit opponents derailing the project, as she said. She only just got through passing her Article 50 bill unamended, for heaven's sake. It's to do with taking advantage of her fortunate circumstances – not so much against other parties, but against the moderate and headbanger wing in her own party, who were increasingly using her small majority against her.

That being said, this election is not a given conclusion. And even with a Conservative win, it could still damage the prime minister substantially and permanently.

The first thing to note is that the Conservatives will not just win seats. They will also lose them. The Conservatives are likely to lose most of the 27 seats they took off the Lib Dems in the last election. All their gains in south London are likely to go, as are those in Cornwall and Devon, where Tory MPs had been keen for May not to hold an election. In Richmond, Tim Farron's party weaponised Brexit to overturn Zac Goldsmith's 23,015 majority. There are only so many seats where Brexit has that type of electoral impact, but they do exist and they will hurt.

That Richmond by-election can't be repeated everywhere. While the country remains about as divided over Brexit as it was at the time of the vote, it only appears to be a galvinising voting matter for about a fifth of the electorate. Plus general elections demand that parties like the Lib Dems spread their limited resources, preventing them from flooding an area with volunteers and pamphlets as they did in Richmond.

But these are uniquely chaotic and volatile political times. If a progressive alliance against hard Brexit could be formed, it would hit the Conservatives. It might not defeat them – but the prime minister needs to massively increase her majority in order to justify this decision. If she ends up anywhere near where she is now she will be treated as a self-interested failure who got her own MPs sacked and wasted valuable negotiating time trying to take advantage of beneficial political winds. Whether Labour has the intelligence or the decency to pursue that type of initiative is another matter – the fact Corbyn didn't even mention Brexit in his statement on the election suggests otherwise. But the option is there and it could work.

May presented her decision as one made in the national interest. Nothing could be further from the truth. She has only just triggered Article 50, which offers Britain a brutal two-year timetable in which to do about a decade's worth of work. She has now decided to eat into that by holding a general election for its first few months. Her supporters say that it does not matter because little will happen while everyone on the continent is distracted by the French election. That is a valid argument, but one which rather raises the question of why she decided to trigger just before French election anyway.

It also goes against her repeated promises not to hold a general election. This was literally one of the first things she said when running for leader. This type of flip-flopping is never a good look, but it is potentially a particularly damaging one for someone who already flipped rather vigorously on the subject of Brexit itself and yet tries to frame herself as a sturdy, no-nonsense Mark 2 Iron Lady.

The election announcement also dismantles several of her arguments on issues which are currently dominating the headlines. How can she say it is "not the time" for a Scottish independence referendum, for instance, when it suddenly is the time for a snap election?

May has the press on her side and enjoys much higher support than her rivals, which could insulate her from the type of damage this type of self-interested hypocrisy would inflict on another leader. But she will still take damage. And if she does not manage to substantially increase her majority, this decision will come to define her.

May made this decision because she is strong in the short term but also weak in the long term. She knows she is going into a difficult period. Last week inflation due to Brexit meant people were once again getting poorer. The rows over the loss of European regulators in the UK showed again why the Article 50 process will be politically difficult for No10. She is holding this election now because she knows it'll only be harder later.

If opposition parties play their cards right, May could come out of this election suffering severe reputational damage as she goes into the business end of Brexit negotiations. Furthermore, a Labour loss could precipitates the replacement of Corbyn with someone more competent. The stars are not aligned for a Tory defeat. But their victory could put the party in a worse position than it had with a slim majority.

Last week, a video of Google's chief business officer Mo Gawdat describing his algorithm for happiness went viral. His belief was that happiness is equal to, or greater than, the events of your life minus your expectation of how life should be.

For liberals, left wingers, centrists and Brexit critics, this is a tough day. May is almost certainly going to win this election. The Tories are over 20 points ahead of Labour. But if you assume that, if you emotionally start to acclimatise to it, you find reasons to be relatively optimistic. Yes, she is cynically using her advantageous position to launch a campaign in which she will entrench social divisions in order to expand her party's power. But there are many risks for the prime minister in the path she has chosen. The task of her opponents, from wherever they are on the political spectrum, is to take full advantage of them.