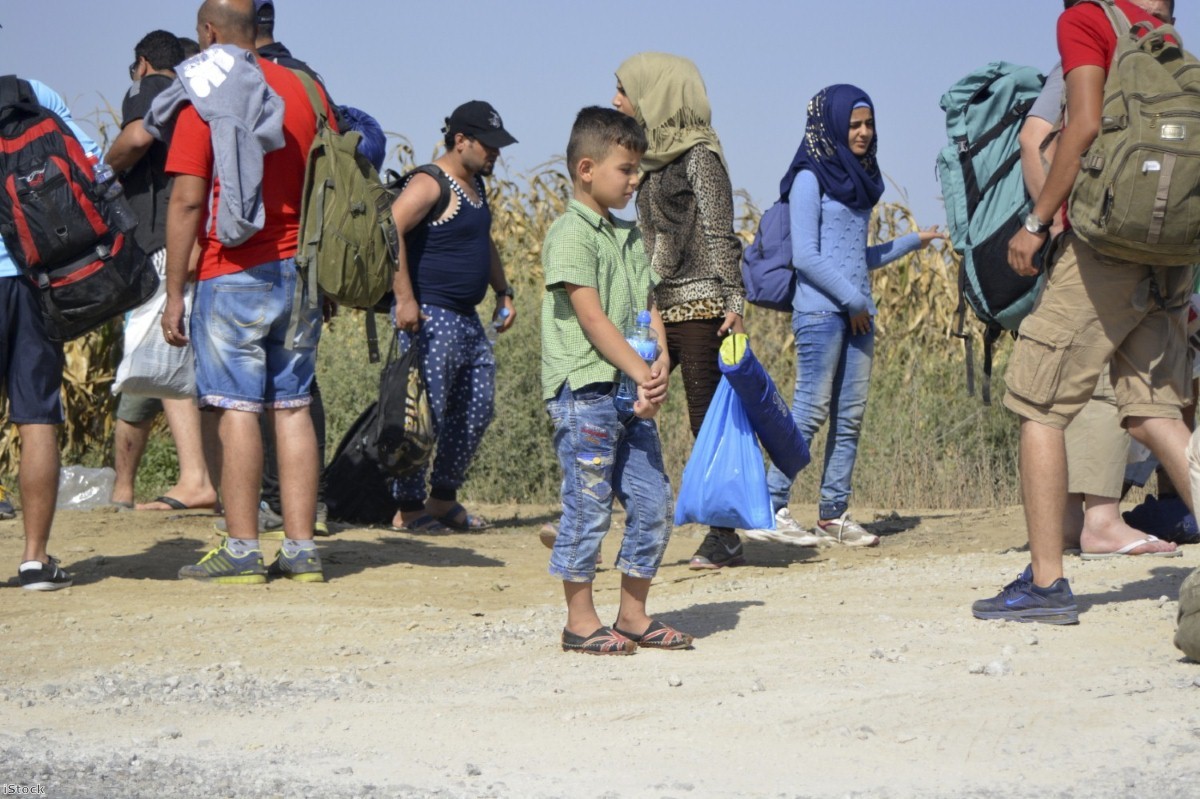 Alone, hungry & frightened: the truth about the child refugees Britain refuses to help

Last night MPs voted by 294 votes to 276 to block plans to help 3,000 unaccompanied child refugees in Europe. Labour, the SNP and the Lib Dems voted to help, but the Tory party successfully whipped MPs into staying in line, saying that a vote to help refugees in Europe would encourage more of them to make the journey from the Middle East and North Africa.

Here are the the main things we know about refugee children in Europe, as taken from a survey of 870 inhabitants of the Calais Jungle by Refugee Rights Data Project.

A majority (59.7%) of children in the Calais camp are unaccompanied by any adult. Just 6.7% are with a parent. Just under 20% are with one or more siblings, and 3.4% are with another relative – usually an uncle.

People often ask why refugees go to the camp in France instead of claiming asylum somewhere else in Europe. For many of these children it’s because they have a family member in the UK. That’s the case for 44.5% of the children in Calais. Britain actually has a legal duty under the Dublin regulation to take in asylum seekers with relatives here, but it is not fulfilling it.

The children face many daily threats, primarily from French police, French citizens and other inhabitants of the camps. Some 61% say they "never feel safe".

The police appear to be the worst culprits. Some 89.6% of children have experienced police violence. Most of them had been exposed to tear gas, often several times a week. Just under half have been arrested. Some are kept in detention for months, some just for minutes. They return to the camp with tales of being kept in cold rooms without food for days on end, or of having all their hair cut off.

They are escaping war

By far the most common country of origin is Afghanistan, with 47% of children in the camp originating there. It’s followed by Eritrea, (16.8%), Kuwait (7.6%) and then Syria, Iran, Iraq and Sudan.

Children in the camp are going hungry. Just 70.5% have access to food on a daily basis, while 73.8% say there isn’t enough to eat.

They are getting sick

Most of the children have been in the camp since last summer. The conditions are unsanitary and dangerous. Some 60.7% of them live in a shelter which leaks when it rains. Health problems are consequently rife, with 73.9% experiencing them since their arrival and 38.7% of them blaming the unhealthy environment they’re in.

Mental health problems are predictably common too, with many reporting they are suffering from anxiety and nightmares. This appears to be evidence of post-traumatic stress.

Now that the British government has refused to help, there are no plans to offer these children any assistance.