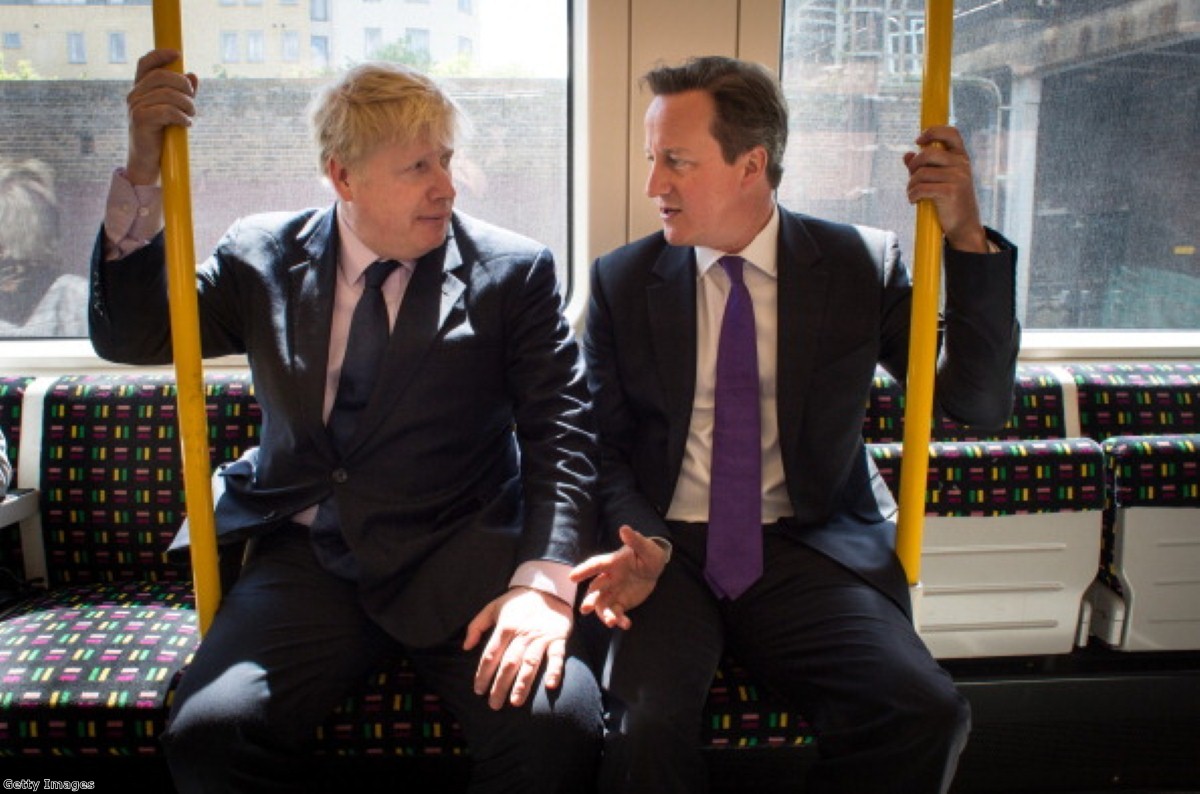 How the Tories lost London

The Conservative party has a London problem and right now it doesn't seem to know how to deal with it.

It might sound strange to suggest this when a Conservative politician has won the last two mayoral elections.

But Boris Johnson's victories have masked a wider and longer-term decline for the Conservatives in the capital.

That decline was shown clearly in last week's local elections.

Even David Cameron's "favourite council" Hammersmith and Fulham was lost to Labour, while in Barnet, the former home of Margaret Thatcher no less, the Tories missed losing control of the council by just a handful of votes.

The wider picture is even worse for the party. One opinion poll earlier this month found that just 26% of Londoners planned to vote for the Tories, a whopping 16 points behind Labour.

This is the biggest deficit the party has ever faced in London. Even in the run-up to 1997, the party were performing better across the capital.

There is nothing inevitable about this decline. Although London is often spoken of as a 'Labour city', it has not always been the case.

In the late sixties, the Conservatives won over 60% of the popular vote in the capital and the party has won more votes than Labour in two of the last four local elections.

The truth is that London has not traditionally been a 'Labour city' but a close marginal. The problem is that right now the Tories are being pushed right to its margins.

London Conservative MPs are beginning to wake up to the scale of the problem.

This morning Nick De Bois, who holds the marginal seat of Enfield North, warned that they risk heavy defeats in the capital if they continue to bang on about immigration and Europe.

"Our seemingly relentless focus on EU and immigration do nothing but support Labour’s message," he wrote for Conservative Home.

"We cannot afford to be presented as not reflecting the needs and priorities of the majority of Londoners."

De Bois believes that policies like the government's benefits cap are costing them dearly in London and urges the national party to adopt a more "positive" agenda instead.

He has every reason to feel nervous. If nothing changes in London then he will be out of a job at the next general election along with several other London Tories.

And if that happens, it will be even harder for David Cameron to win a majority.

The irony is that the Conservatives already know how to win London.

In his column today, De Bois calls for help from the Tories' most successful London politician Boris Johnson.

Unlike the rest of his party, Johnson understands that Londoners will not be convinced by anti-immigrant, anti-welfare policies.

It was precisely by appealing to a broad cross-section of Londoners that Johnson was able to win twice in London.

Unlike his party nationally, who have spent the past few years trying and failing to ape Ukip, Johnson has taken a much broader view.

He at once positions himself as the friend of the bankers and the friend of gay marriage. He is as happy defending Bob Diamond's bonuses as he is wearing a pink stetson at the front of gay pride.

It is this positive agenda of being pro-business but pro-immigration and of being economically conservative but socially liberal which surely gives the Tories their best hope of winning London and the country.

Right now the Conservatives not only have a London problem, they have a city problem. And it's a problem that only seems to be getting worse.

While Ukip might look like the future to many Conservative MPs, this future has a very short shelf life.

Ukip core vote consists of ageing non-graduates living in seaside towns. The Tories should worry less about winning these people over and more about the millions of young people in London and other major British cities who currently have no plans to vote for the party any time soon.

If the Tories follow Boris's lead then they will have a bright future. If they follow Ukip's lead, then they look doomed to become a party of the past.