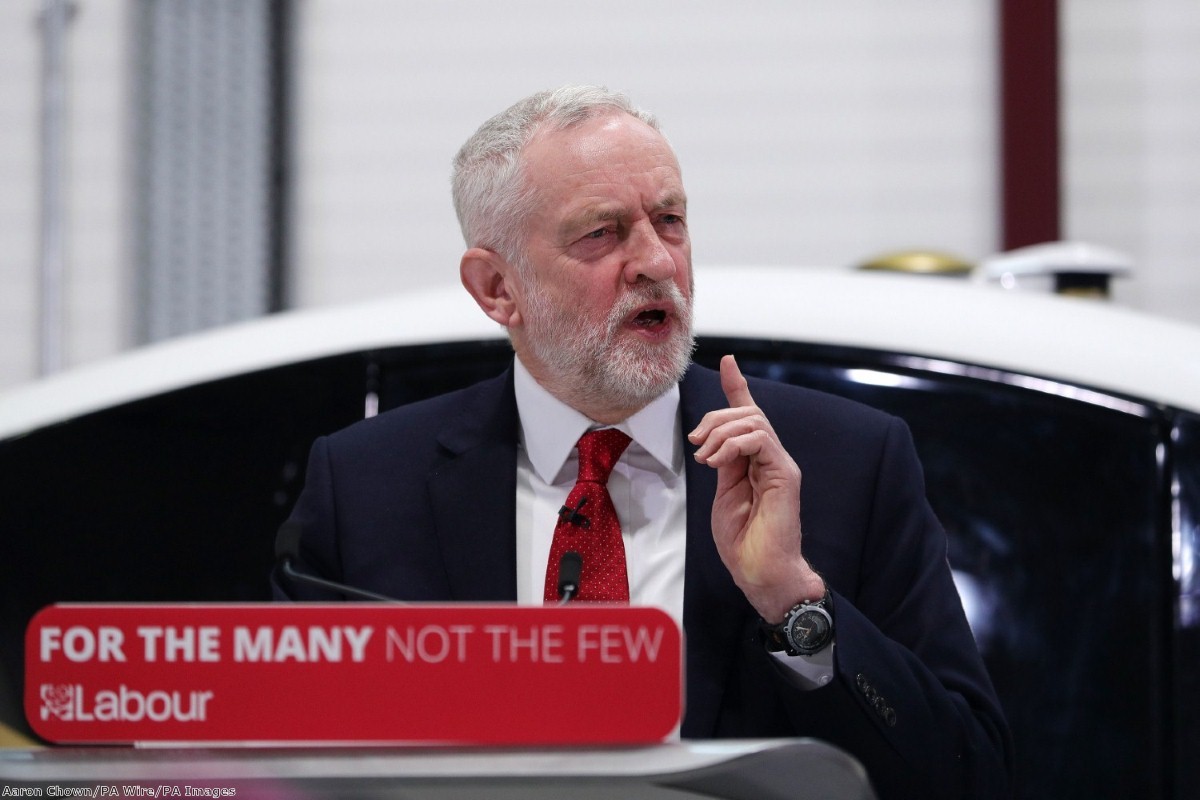 For months all Jeremy Corbyn would say was that he wanted a "jobs first Brexit", which is an oxymoron. Then Keir Starmer, the shadow Brexit secretary, would go on telly and say lots of sensible soft-Brexity things, only for John McDonnell to go on the next week and sound like some kind of left-wing Nigel Farage. The rhetoric was all so vague, and the power centres in Labour so spread out, that it simply wasn't clear what, if anything, the party thought.

We got much more solidity when Starmer succeeded in getting the leadership to back a standstill transition inside the customs union and single market, over an indefinite period. This is now also the government's position. Today seemed to entail another moment of clarity, with Corbyn confirming that Labour wanted a "comprehensive" customs union agreement with the EU.

However, there was a lot of Lexit-tinged euroscepticism to go along with the Remainer offering. The customs union wasn't mentioned at all in advance sections of the speech sent out to journalists. Barry Gardiner, a Labour front bencher who has ruled out any membership of the single market or customs union, was selected to tour the broadcast studios ahead of the speech. Corbyn's speech saw him attack the supposed use of immigration to lower wages and single market state aid rules.

So what exactly is going on?

There are two possibilities: a cynical one and a strategic one. I don't know which one is true. No-one really knows, apart from perhaps a few people in the Labour leader's office.

Labour plans to stay, as shadow front benchers sometimes admit to journalists, two steps further to Remain than the Tories. They are eurosceptics, they will execute Brexit, they want out the single market, and they really mean all this stuff about immigration and state aid. But they need to keep their overwhemingly pro-EU membership and predominantly pro-EU voters on side. So they issue warm words about EU citizen rights and jobs, but continue to fundamentally back the project. Today was just a way of making sure they can team up with the handful of rebel Tory MPs on votes over the customs union and inflict a bit of damage on Theresa May. But fundamentally nothing has changed.

And now here's the strategic possibility.

All the problems Labour highlights are potentially solvable within the single market and customs union. Corbyn is raising issues he thinks he can secure a presentational win on, and then come back with an offer which keeps the UK strapped up as close to the EU as humanly possible.

Look for this phenomenon and you start seeing it everywhere. Once upon a time Labour said they couldn't accept customs union membership because it meant Britain couldn't sign its own trade deals. Today, Corbyn made a British say on future trade deals a condition of a future UK-EU customs arrangement.

The question is, what would a 'say' entail? Plenty of EU agencies have non-EU states like Norway in them. They don't get a veto, but they are, in the words of the Hamilton musical, "in the room where it happens".

Corbyn makes it sound like Britain would get partnership control with the EU. In reality, it would be offered a say, but no veto. And yet the overall goal is fundamentally deliverable. He could come back with some kind of UK-EU trade forum body which would make it look like he got what you were aiming for, which he mostly would have.

Now take immigration. Starmer has long talked about introducing reforms to free movement which are already available under EU rules. These include the ability to demand people have a job or means to sustain themselves within three months of arrival or face deportation. That's doable within the existing system.

Corbyn today focused on strengthening domestic labour arrangements, including French-style sectoral wage bargaining, as a way of protecting incomes. He was putting the blame for the (imaginary) problem of migrants reducing wages at the hands of domestic law, rather than European rules. Again, this is doable under the existing system.

Now look at Corbyn's interview with Andrew Marr last month on agency workers – a system by which European employers can shift workers around under the pay and conditions of their home country. In it, he stated that he would be satisfied with the reforms to the system which have already been introduced at the EU, as long as they were enforced. Again – doable under the existing system.

May become quite important soon:
Corbyn on Marr in Jan hinted that EU's *existing* proposals to overhaul the Posted Workers Directive would be sufficient to win his support for "easy movement of labor" post-Brexit pic.twitter.com/dWbfLADezz

Put that all together and what do you get? A package of measures which could be presented as a reform of free movement – they'd probably call it 'fair movement' or something like that – but which would still allow you to stay in the single market.

It's slightly less clear how things would work with state aid. Corbyn presents these rules as far harsher than they really are. In truth, there are a variety of ways around the existing system – for instance by having publicly-owned firms bid for contracts and using government powers to select the conditions upon which private firms compete with them. But it seems like the Labour leader does want more fundamental change here and it is not clear how he would secure that.

However, the fact that there is much more wriggle room in the state aid measures than he suggests gives him the opportunity to present a more proactive industrial policy as a victory against EU restrictions when in fact it is just an example of a member state working the system. Other member states do that all the time – it's Britain which typically refuses to do so, because it has historically been a big supporter of state aid rules.

Is this all wishful thinking? Perhaps. Certainly Corbyn has made no secret of his euroscepticism in the past and he seems utterly uninterested in the subject of Brexit in the present. But if you look closely at the speech, you see a series of goals and a series of obstacles which can be put together. His goals are a very close relationship with the EU, including customs union membership, participation in pretty much all EU agencies, and frictionless trade, which can really only be achieved in the single market. The obstacles, meanwhile, are pretty much all surmountable, often by virtue of the criteria he or the people around him have themselves proposed.

The image of Corbyn as an immovable ideological rock is no longer particularly convincing. In fact, he is proving highly mercurial and flexible. The Brexit policy he is pursuing is either very cynical or highly strategic. Which of these options you believe is up to you.