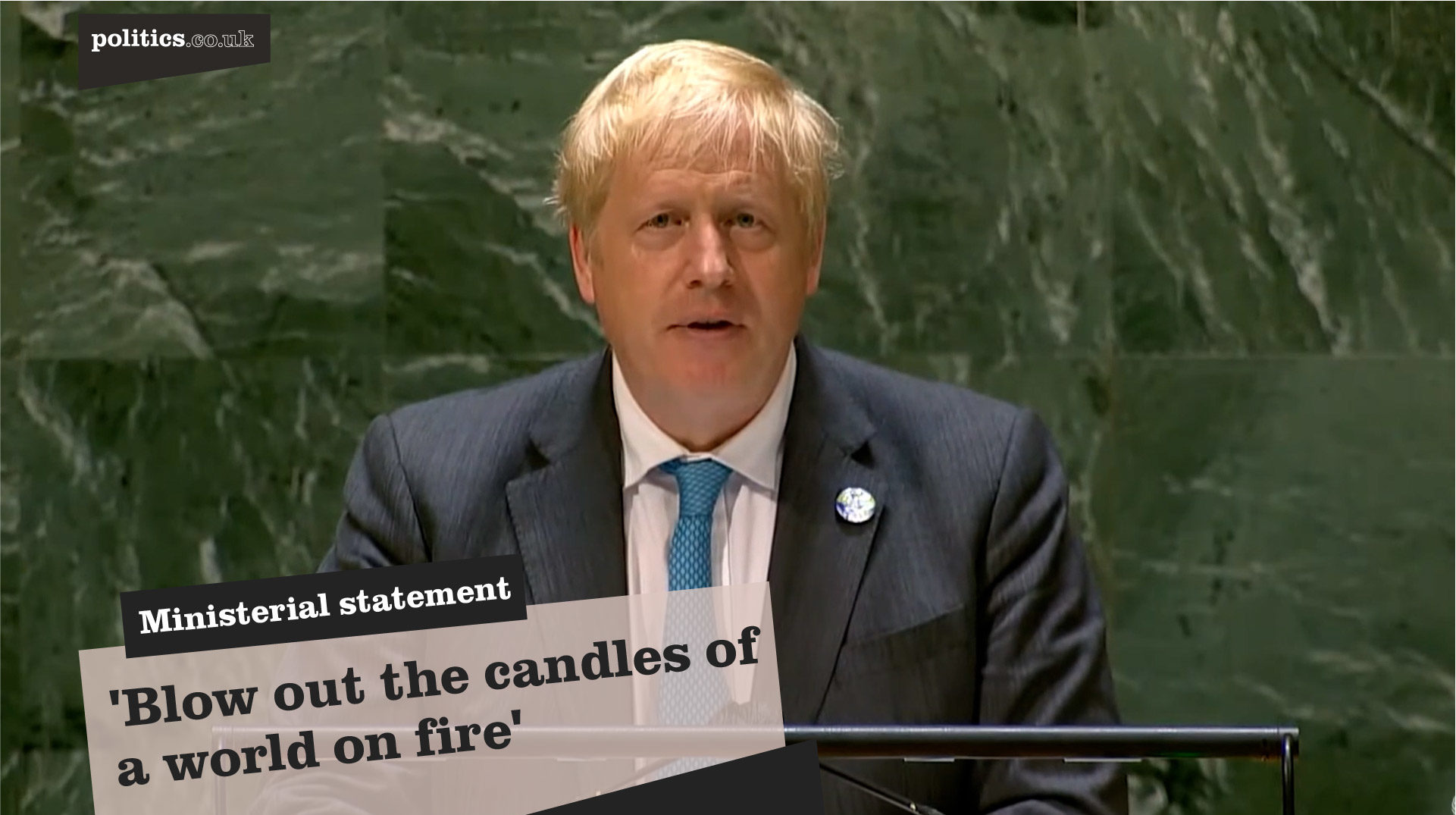 Johnson: ‘Blow out the candles of a world on fire’

Boris Johnson called for countries to “blow out the candles of a world on fire” during his UN assembly speech in New York.

Speaking during a debate on climate change, Johnson said: “We still cling with parts of our minds to the infantile belief that the world was made for our gratification and pleasure, and we combine this narcissism with an assumption of our own immortality.

Emphasising that countries already have the technology available to combat climate change, Johnson quoted the Muppets’ character Kermit the Frog, saying: “Kermit the Frog sang: ‘It’s not easy being green’. I want you to know that he was wrong. He was wrong. It is easy.”