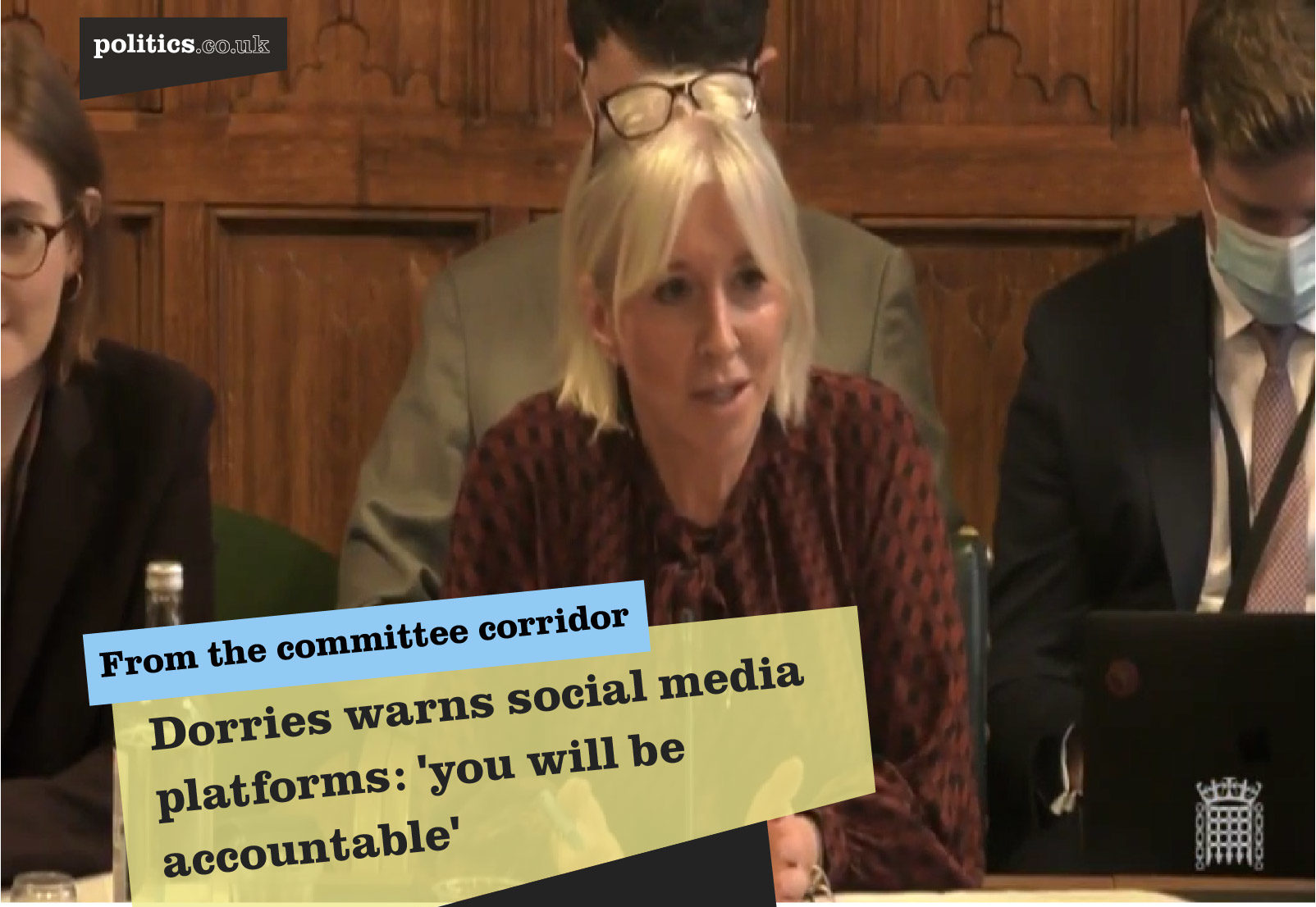 Dorries warns social media platforms: ‘you will be accountable’

Secretary of state for culture Nadine Dorries has warned social media platforms that the government’s online safety bill will make them “accountable” for their actions.

Speaking to the draft online safety bill parliamentary committee, Dorries said: “I think people like Mark Zuckerberger [sic] and Nick Clegg and others who are wanting to take off into the Metaverse, my advice would be stay in the real world because… this bill is going to be an act very, very soon.”

Dorries said the bill would allow Ofcom to tackle algorithms and give out fines. She also announced that the bill would take effect sooner than previously expected, saying: “I think it’s just a nonsense… that platforms have been given two years to make themselves ready for what would be criminal action.”