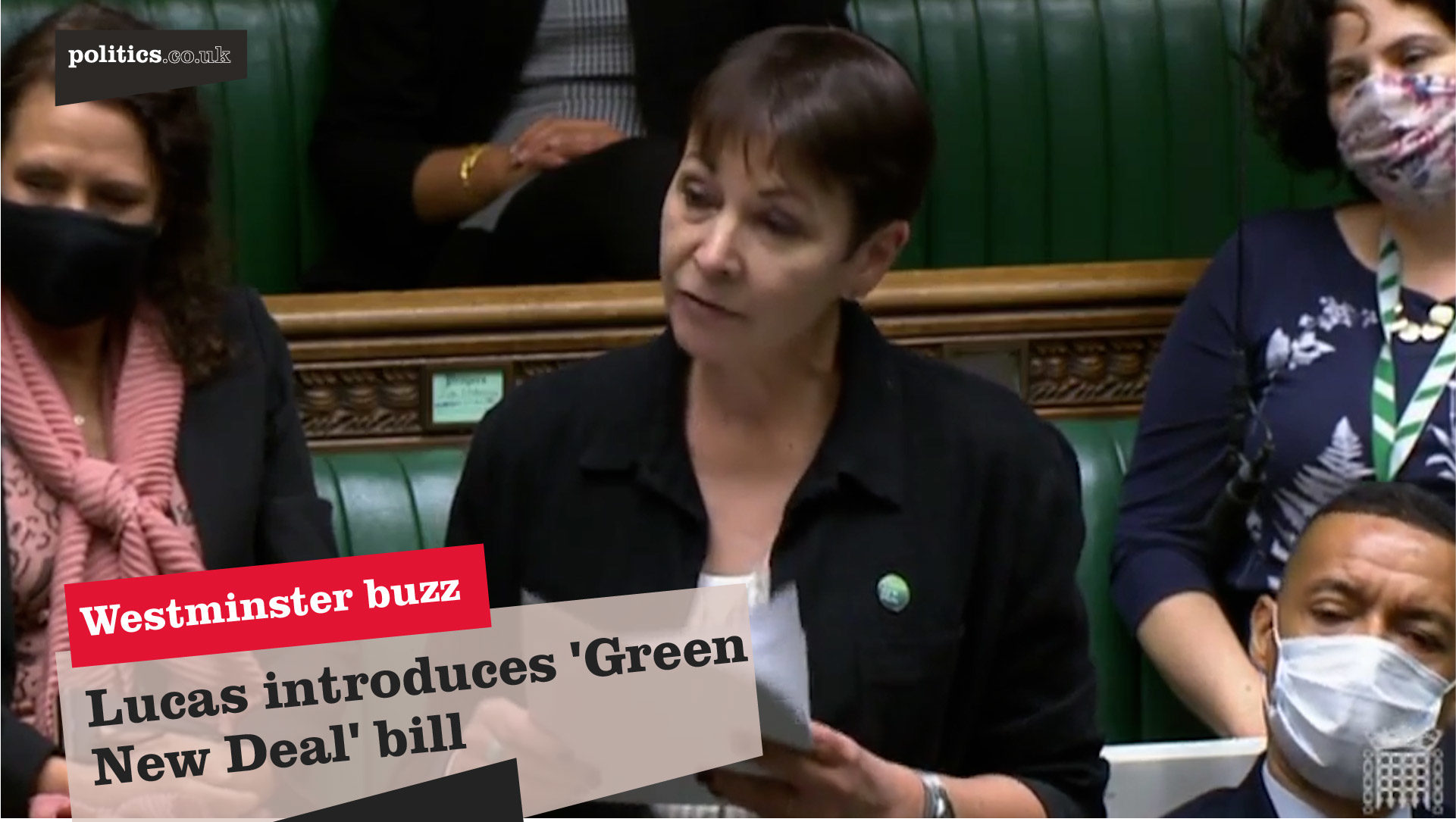 Green MP Caroline Lucas brought forward a 10-minute-rule bill today in parliament focused on a Green New Deal, which she said was “about creating a better world”.
Speaking to the House of Commons, the MP for Brighton Pavilion said: “The time for talking is over. It’s not inevitable that the news gets worse year on year. We can create a better world. All that’s currently lacking is the political will.”
While much of the bill focused on the environment, there was also mention of reducing inequality and judging progress not simply by GDP growth.
Lucas said: “Two thirds of UK adults think that the government should prioritise the health and well-being of citizens over GDP growth.
“In one of my favourite cartoons, [it] shows a professor in front of a whiteboard, and they’ve written up all of the advantages of moving to a greener society. And then there’s a student in the chamber who says: ‘But what happens if climate change is a hoax and we’ve created a better world for no reason?'”