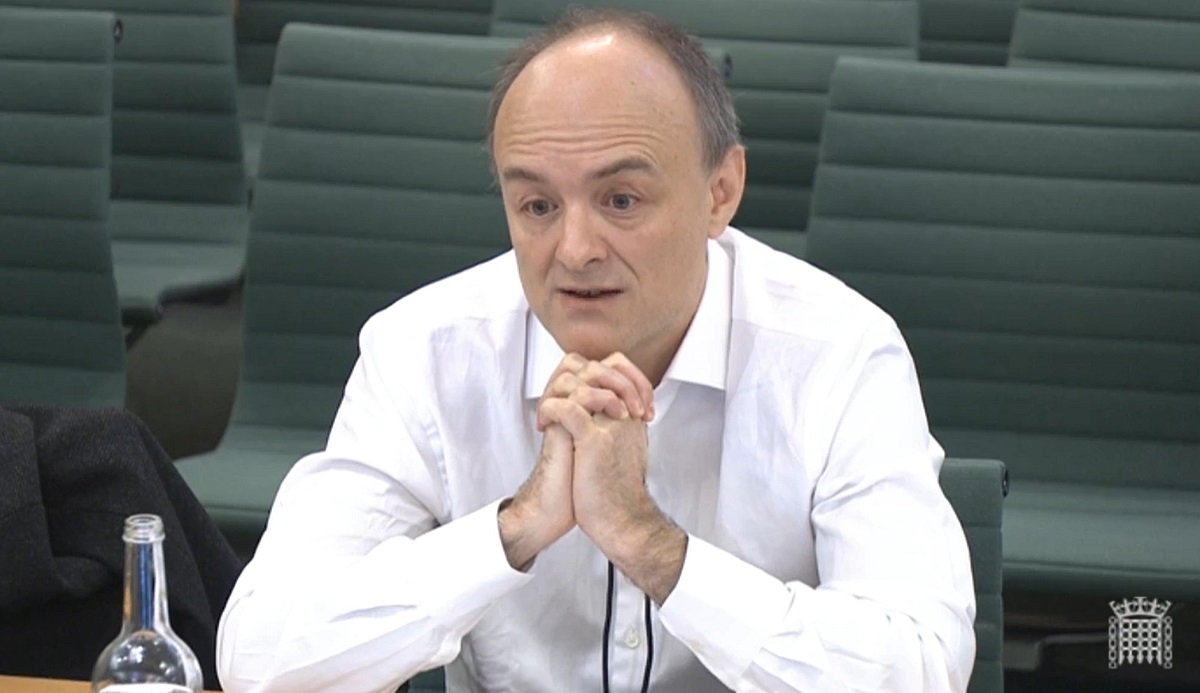 How we can make better public servants

This week we were treated to the reappearance on the public stage of the prime minister’s former chief adviser and imaginary-grenade thrower Dominic Cummings. This strange prince of the North appeared before the House of Commons Science and Technology Committee, usually the scene of worthy-but-unglamorous scrutiny and deliberation, to give his views on “a new UK research funding agency”.

This agency, to be known as the Advanced Research and Invention Agency, will be a creature of statute, established by the bill currently before parliament. It has long been a dream of Cummings’; he had looked with envy at America’s Defense Advanced Research Projects Agency (DARPA), and believed its approach—freewheeling investment in technology to achieve major breakthroughs, accepting occasional failure as part of the heuristic process—was the key to its success. He wanted to emulate DARPA in this country, perhaps because it would represent in microcosm everything he believed the civil service was not.

Civil service reform, usually a parlour game for lonely constitutionalists, was a priority of Cummings when arrived in Downing Street; indeed, it was supposedly one of the conditions he imposed on Boris Johnson for accepting the job as faithful retainer. As it happens, it was also an interest of Michael Gove, whom Johnson installed in the Cabinet Office as his de facto deputy, in charge of the machinery of government.

The warnings were of drastic change that would not be to the mandarins’ taste. There was talk that “a hard rain is coming”, that sacred cows would be de-sanctified and slaughtered, and that accountability would be brought to the senior civil service. This was the message of a maverick, a disruptor, an innovator. This was “classic Dom”.

In fact, little has happened. There have been no major machinery-of-government changes, no realignment of authority (though an unusually high number of permanent secretaries have quit the stage since Johnson took power). When Cummings flounced out of Downing Street last November in the midst of a half-hearted palace coup, most civil servants will not have mourned. Mavericks are never popular. But the fact that Cummings was a faintly ludicrous figure, in his untucked shirts and festival-dad gilets, does not mean that his questions, his challenges to the status quo, were misguided. How can we make the civil service better at leadership and management?

The Covid pandemic has provided one object lesson. In May 2020, the government established a Vaccines Taskforce, a joint unit of DHSC and BEIS to co-ordinate public and private sector research into a vaccine against the coronavirus. Selected to chair it was Kate Bingham, an Oxford- and Harvard-educated venture capitalist with a background in biochemistry and biotechnology. Her appointment was heavily criticised at first, tarred with the same brush as the hapless Baroness Harding of Winscombe, who had been appointed head of the NHS Test and Trace programme.

In fact, Bingham’s appointment turned out to be inspired. She treated the government as a giant venture capitalist, giving financial backing to several projects: from an initial pool of 240 potential vaccines, six were chosen for further funding, and government facilities, such as Public Health England’s laboratories at Porton Down, were made available. It was a crisis arrangement, but it shortcut many of the usual Whitehall circuits. Bingham set a target – to immunise over-65s against Covid – and directed every effort to achieving it. The result has been staggering. As of 14 March, more than 20 million people have received at least one dose of vaccine. Lifting all lockdown restrictions by June now looks an achievable prospect.

If this kind of independence of action is to be instilled throughout the civil service, it must be preceded by two founding principles: learning, and accountability. If we are to unleash mandarins on high-risk, multimillion-pound spending projects, they must be better trained for the task, and there must be some degree of responsibility. Both of these require major cultural and attitudinal changes in the corridors of power.

Professional development is often trumpeted by the civil service, but one fact is inescapable: in 2012, the coalition closed the National School of Government, formerly the Civil Service College, which had provided training and development since 1970. Although a few functions were transferred to a new body, Civil Service Learning, in effect the service opted out of bespoke professional training. (It is interesting to note that the MOD and the FCDO retain their own “academies”.)

This is simply inadequate. For our civil servants to be more flexible, more diverse in terms of skills and experience, and more invested in their careers, they must have access to a broad range of training, from MBAs to PRINCE2 project management, as well as language and digital literacy skills. They must be able to accumulate qualifications and skills which suit their career progression, and they cannot simply rely on generalism.

The final piece of the jigsaw is accountability. It is typically said that ministers take both credit and responsibility, but the cowardice of successive governments has eroded that principle, and it is frequent now to see a mandarin taking the fall for his or her political master. Let us, then, allow formal accountability for some senior civil servants, with proper targets, attainments and assessment: major projects should have milestones, key performance indicators, and there is no reason why administrators should not be judged against these.

The civil service may not be the “smoking ruin” of Cummings’s vivid phraseology, but there is scope for improvement. Training and accountability could transform the culture and the horizons of Whitehall, allowing a new generation of mandarins –  innovative, independently minded and responsible for their actions – to step forward and, as the man says, build back better.