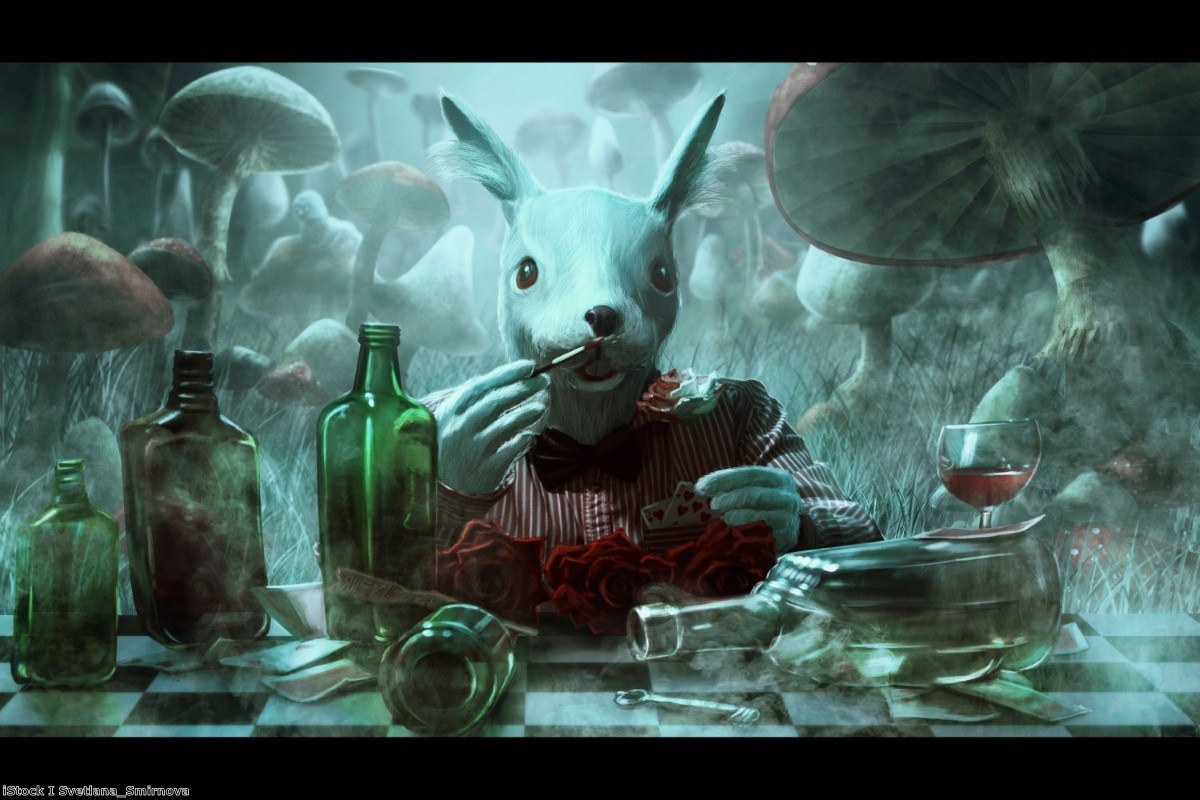 Through the Looking Glass: The latest topsy-turvy logic of Brexit

If the Leave voter's favourite line is 'just get on with it', the political commentator's favourite might be: 'Brexit is doing my head in.' The difference is: they're lying. Commentators can't get enough of it. What a time to be alive. And what a place. We're down the rabbit hole, through the looking glass, and up the swanee without a paddle.  It may or may not be true that we will all be discussing Brexit for the next ten years, but it's certainly true that it'll provide some killer examples for first year courses in law and logic.

Farce number one.  Last Thursday the Court of Appeal heard the final attempt by the UK in the EU group to have Theresa May's decision to trigger Article 50 declared invalid, on the basis that Vote Leave had broken electoral law and been given the maximum fine by Electoral Commission.

The court rejected their appeal on the grounds that, while illegalities did take place, the referendum of 2016 was advisory only, so the result could not be voided by the courts.  It's quite remarkable. Precisely because the referendum was not binding, May was free to cite the will of the people and plough on ahead.

Farce number two.  There is no majority in the House of Commons for May's deal, or for no-deal.  There doesn't seem to be a Commons majority for any form of Brexit at all. It follows that May should send that letter revoking Article 50 and apologise for the hassle she has caused.

Instead we have something called the Kyle amendment. This says MPs should agree to vote for whatever deal May presents to the House on condition that it be put to a referendum for ratification, with the option to remain in the EU.

So MPs, trust in whom is at rock bottom, would be asking the people to endorse a course of action for which many of them voted without actually believing in it themselves.  And of course, the whole point of any second referendum is really to secure a vote to Remain.

Farce number three.  The Labour party leadership has staggered towards the realisation that if they want to take no-deal off the table they'd better do something. They've ended up somewhere close to a People's Vote. But meanwhile they also want to 'respect the result of the referendum' – you know, the one that was both fraudulent and advisory. Like May, they want an end to free movement. But, unlike the ERG, they want to protect jobs.

So they have come up with a wheeze called 'a permanent customs union with the EU', which makes about as much sense as saying that the Department of History is 'in a relationship with' the university of which it is actually a constitutive part.  But no matter. Under this arrangement, their indefatigable spokesman Barry Gardiner also wants the UK to be allowed to influence EU trade policy.  There's only one problem: you can do this only as a member of the EU.  Even Liam Fox understands this.

The Leave voters' second favourite phrase is 'let's get Brexit over with'.  One way of doing that is to Remain and put the whole thing to bed.  They would hate that, but then it is no more clear where they want to be now than it was in 2016. Crazy?  Perhaps.  But not much more than the rest of us, bedraggled on the riverbank, our heads done in, Lewis Carroll lying open at our side.