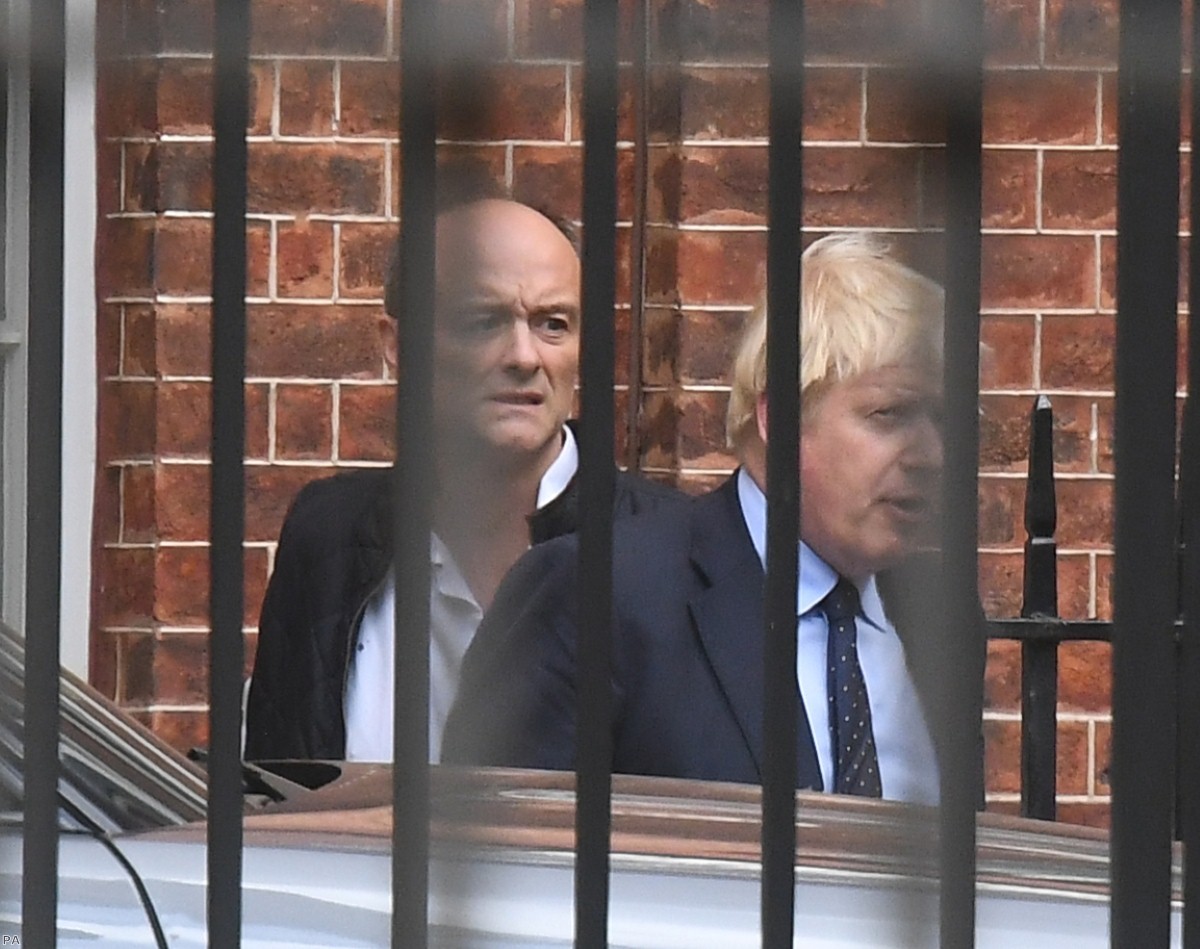 You'll hear a lot over the next few days about there not being a smoking gun in the Russia report. In fact, it's much worse than that. The discovery of a smoking gun suggests someone was tasked with looking for it. Our situation is more grave. No-one was. Even that most basic of activities – the most elementary attempt to defend British democracy – was ignored.

The intelligence committee report is full of redactions, but the central message on interference in British politics is quite clear. "Since 2014, Russia has carried out malicious cyber activity in order to assert itself aggressively in a number of spheres," it says. This "poses an immediate and urgent threat to our national security". The UK is "clearly a target for Russia's disinformation campaigns and political influence operations".

The attacks take the form of large-scale disinformation campaigns – state-owned traditional media like RT, bot and troll farms, hack-and-leak, and real life interference, such as Kremlin soft-loans to the National Front in France in exchange for support of its annexation of Crimea. There are several aims: spreading specific pro-Kremlin narratives, creating a broader sense of people not knowing who or what to believe, and "poisoning of the political narrative in the West by fomenting political extremism and 'wedge issues'." In other words, it works to exacerbate social, cultural and political division in target countries.

The first operation of this sort on British soil, it seems, was the Scottish independence referendum in 2014. This tallies with Russian use of disinformation after the MH-17 incident over Ukraine in the same year.

In the US, Russian interference with the 2016 presidential election led to an intelligence community assessment within two months of the vote, with an unclassified summary made public. In the UK, the government did nothing.

That then left it completely open during the Brexit campaign in 2016. The committee noted that there was evidence of the use of traditional media and bot and troll Russian interference work in favour of Leave during the referendum. But when it inquired about this, it received just six lines of text from MI5, most of which referred to academic studies.

"The written evidence provided to us appeared to suggest that [the government] had not seen or sought evidence of successful interference in UK democratic processes or any activity that has had a material impact on an election, for example influencing results," the committee found. "We have not been provided with any post-referendum assessment of Russian attempts at interference." Committee member Stewart Hosie went further. The government did not know about Russian interference in the Brexit referendum "because they did not want to know".

The security services were wary of getting involved in British democratic processes. That attitude, the committee found, was foolhardy. This is about protecting the democratic process, not interfering in it. But what was telling was that the government did nothing to protect against this problem before it emerged and then made no effort to find out what happened in the wake of it.

In fact, quite the opposite. This report was completed a year-and-a-half ago. It has sat gathering dust. Why? We thought for a while it was because it contained details of Russian donations to the Tory party. That appears to be wrong – the report doesn't go into that issue. Instead it seems to have been the result of Dominic Cummings, the prime minister's senior adviser, trying to kill it because it would have given a platform to Dominic Grieve, the former chair of the intelligence committee – the battle of the Dominics.

In the build up to today's publication, the government went out of its way to try to limit the impact of the report by releasing material which took the focus away from Brexit. Confirmation of publication came last week after No.10 failed in an attempt to rig the chairmanship of the intelligence committee. As soon as it came, foreign secretary Dominic Raab confirmed for the first time that Russia interfered in British democracy through the "online amplification" of leaked documents in the 2019 election. That related to then-Labour leader Jeremy Corbyn's use of leaked documents about UK-US trade deals and the effect on the NHS.

This was telling for two reasons. First, he sought to portray it as a Labour issue, rather than one which operates in British politics in general. Second, unless the timing was completely coincidental – which not even the most generous commentator could credibly claim – he was clearly acting to reduce the impact of the report. In other words, the government was using Russian interference in British politics for its own domestic political agenda.

Briefings to journalists overnight seemed to follow a similar pattern. "Kremlin 'tried to meddle in Scottish independence vote' – but did not target Brexit," the Telegraph splashed yesterday – a finding which does not tally at all with what is contained in the report.

This is a complete failure of basic patriotic and democratic responsibility. The Russian attempt to undermine the UK is based on exacerbating 'wedge' divisions in the domestic political debate. To our considerable shame, we have ended up with a government which operates by doing precisely the same thing. Vote Leave won the referendum by inciting and sustaining cultural division. It operates in government in precisely the same way. Instead of acting on the committee's demand that more be done to assess Russian interference and prevent it, the government tried to delay the report. Instead of taking its recommendations on board, it tried to use the issue of Russian interference as a weapon against the SNP, Labour and Remainers.

We don't know what an inquiry into Russian interference in the Brexit referendum would find, but there is good reason to assume that it would have two chief conclusions. The first is that it did interfere. This is in line with its well-documented tactics and priorities. The second is that it is impossible to know whether that interference swung the result. And yet even a report of that type would help give people confidence. It would show that the government cared about and was trying to protect British democratic processes. It would offer some degree of reassurance about the validity of the results.

Instead we are left with complete absence – an utter dereliction of governmental duty. And that corresponds to Russia's broader long-term aim: of creating a world in which no-one knows what is true, in which nothing can be completely trusted. They couldn't ask for a more useful British government than the one they have now.