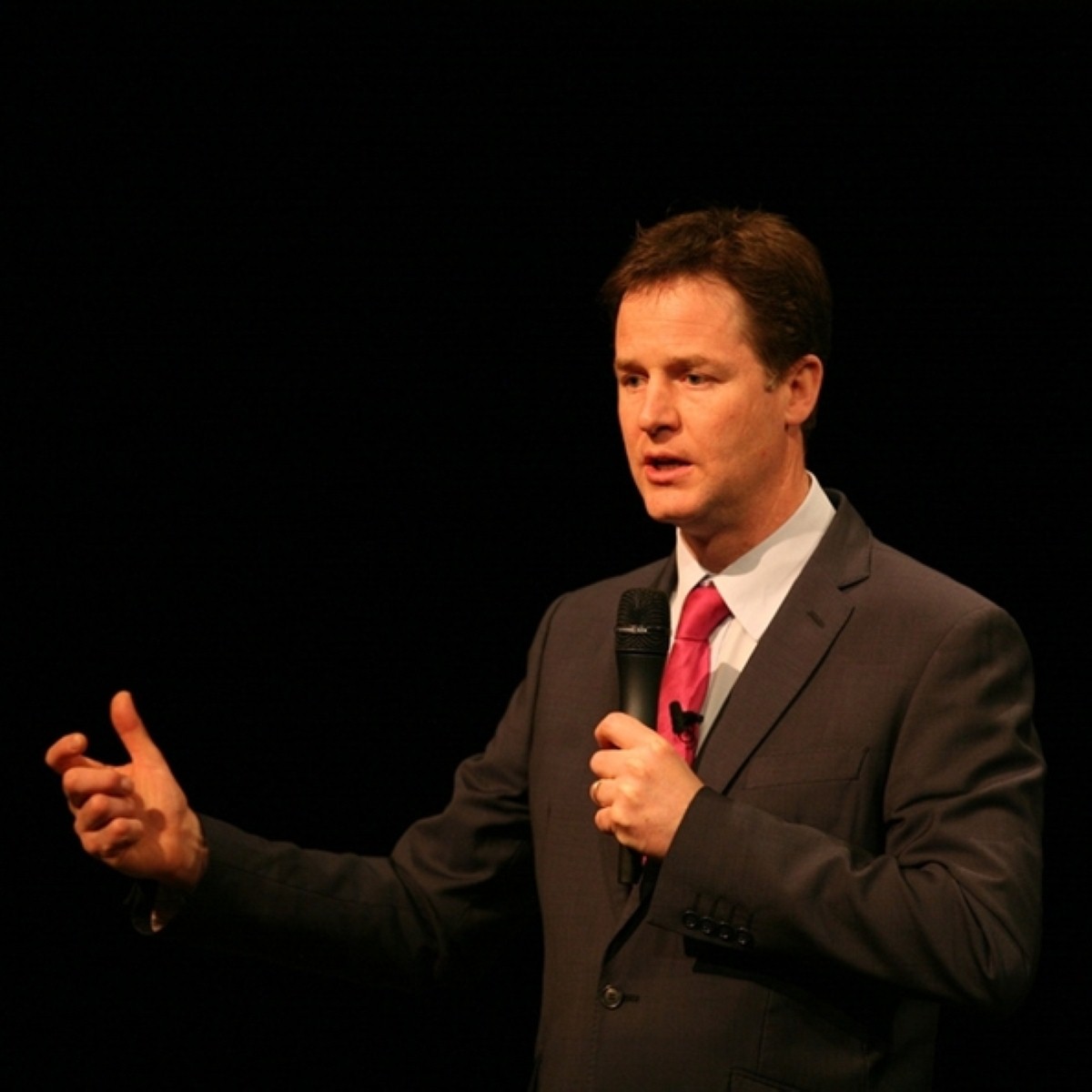 I'm normally quite the fan of Clegg. He's not to everyone's taste, admittedly. Disowning your supporters between elections is a controversial tactic and one which typically plays badly among your support base.

But Clegg has navigated treacherous waters with some modicum of principle and pragmatism, which is more than most would have accomplished in similar circumstances. He is a hate figure for the left, but there is arguably no-one in the country who is more effective at de-fanging the more appalling right-wing suggestions from Downing Street. It’s a rear-guard defence, but in terms of concrete achievement Clegg is the most successful progressive in Britain. His reward, predictably, is to be turned into a punch bag.

That being said, the advance extracts from Clegg's keynote speech to conference today look distinctly groan-inducing.

The pledge of £50 million on a summer school for "the children who need it most" before they start secondary school sounds like one of those throwaway promises where politicians pledge money in return for a chance to control the day's headline.

Is this summer school mandatory? Clegg mentions the pledge after a passage on the riots. I'm no child psychologist, but I feel confident that the kind of kids who went rioting aren’t the type to sign up for voluntary summer school. The same problem applies to David Cameron's plans for 'national service' – a volunteering and activities camp for children.

As a child I would have executed someone rather than attend this sort of thing. Childhood was a process of surmounting the obstacles which prevented you from getting back to your bedroom, locking the door and listening to the Smiths. But as much as my teenage self would hate me for saying it – these schemes only work if they’re compulsory.

Cameron wants inner city kids to mix with those from the shires to repair our 'broken society' and all that malarkey. The sentiment is commendable, except that a voluntary scheme would see only the usual suspects attending– the kids who do Duke of Edinburgh, the white middle-class children whose parents are obsessed with how things look on their Ucas form.

Clegg wants those who most need it to get extra help, but parents who don’t check where their kids are on a night of rioting across England are unlikely to foist extra school on them – and their certainly not going to go of their own accord. Does he even remember what childhood was like. Perhaps the culture was different in Westminster school.

There are very solid, respectable reasons for the Lib Dems to suffer the violence of being in power with the Conservatives. But by using his conference speech highlight a pitiful amount of money on a project with such obvious flaws is a sign that Clegg doesn’t really get how to sell this situation to his own party, much less the country.