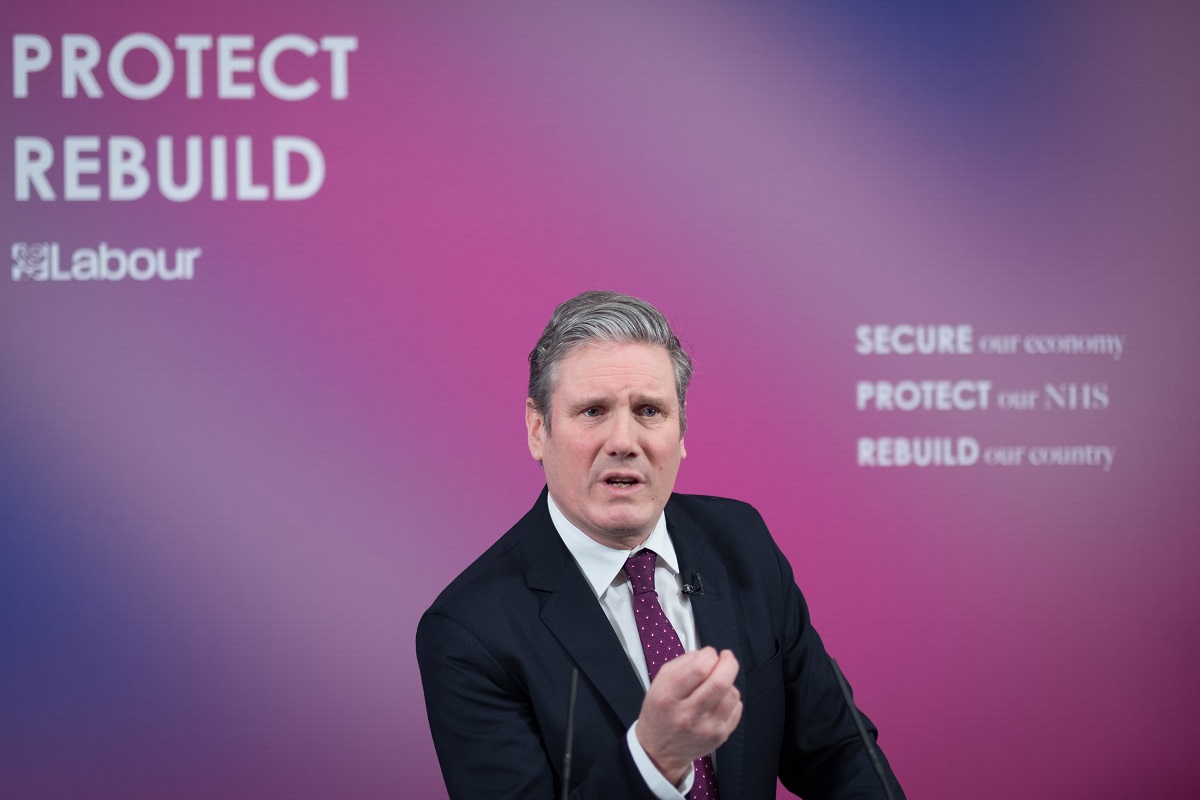 There is a weird vacuum-war of nothingness in the Labour party, concentrated mostly on Keir Starmer’s leadership. Apparently he’s dull, he’s uninspiring, he’s drifting, the Tories are sailing ahead.

It’s a tough period for him – the first big wobble of his leadership. Boris Johnson is enjoying a poll bounce from the vaccines. The pandemic means the PM has near unchallenged access to the airwaves. Starmer meanwhile is robbed of any pulpit at all, except for speaking to empty rooms, or on Zoom, or to an empty Commons Chamber.

He has no local election results he can point to to show progress, because they were cancelled. It’s hard to wrestle the news agenda from the government because covid is the only game in town. He can’t invite critics inside the party for a chat.

That void of activity makes the whirling criticism reach a crescendo despite the lack of any real content to substantiate it. His speech this week outlining Labour’s economic policy was treated like a damp squib. The policies were dismissed. He was branded uncharismatic. It was all apparently a bit of a let down. And two things are certainly true: Labour HQ overhyped it. And you’d struggle to imagine many families talking about it around the dinner table last night.

But there is another way of looking at it, which is about positioning. And that paints a very different picture. It is not about where we are now, but where we will be in two or three years.

Here is one way in which it could play out. The pandemic ends and then the Tory debate about austerity begins. There’s barely an economist on the face of the Earth who thinks austerity is the right thing to do in the short term. Most believe the government should take advantage of low interest rates to borrow now and heal the scars of the last few months, before paying back in the medium-to-long term, when times are better.

But the Treasury is already making noises about cutting spending. Chancellor Rishi Sunak is plainly keen. Downing Street will be tempted to make financial responsibility a key dividing line with Labour. After all, it’s worked for them very well in the past, not least during the aftermath of the financial crisis in 2008-2010. Johnson could start reining in public spending this year and then perhaps be in a position to offer tax cuts before the next election. Economically it’s a nonsense, but politically it’s an attractive timescale.

The trouble for the Conservative party is that things have changed since 2008. The rise of right-wing populism served to undermine Conservatism’s fiscal principles. Suddenly, it was OK to damage business – or even “fuck” it, in Johnson’s words – if it fulfilled a political agenda. The state could get involved in the market again. In fact, debates over EU state aid rules, which limit government subsidies, nearly derailed the Brexit talks. Johnson himself was desperate to announce an end to austerity. The pandemic opened a floodgate of public spending. And crucially, Johnson won the election with a pledge to former Labour voters, not least in the Red Wall, to “level up” the country.

This amounts to a historic change in the possibilities for progressive politics, created almost exclusively by the right. It is why Joe Biden is currently trying to get a $1.9 trillion stimulus through when Barack Obama could barely manage $787 billion.

And yet the Tories are split on it, between their instincts and their promises. This is the strange spot they’ve found themselves in by putting their tanks on Labour’s lawn. Their MPs presume the need for belt-tightening. And so does their chancellor. But that’s not an attractive prospect to many of the people who lent them their vote.

For now, that debate takes place in abstract terms. But occasionally, as with free school meals, it will burst into very vivid and immediate news stories. That’s when you see the Tory division play out – Conservative MPs banging on about personal responsibility and market-knows-best when the political winds no longer favour it.

This amounts to a reversal of the political dynamic we’ve seen in recent years, where cultural values overtook political and economic ones. It’s therefore a dangerous spot for the Tories. It reveals that they and the former Labour voters they have tempted over are no longer aligned.

Starmer’s speech, on the other hand, rejected austerity in a way that Gordon Brown, Alistair Darling and Ed Miliband were unable to. That’s of pivotal importance. One of the events that put rocket boosters on Jeremy Corbyn’s leadership bid was his refusal, unlike all other candidates, to back the welfare bill. But Starmer’s position removes that Labour division between its activist base and its leadership class.

Doing so does not put him outside mainstream economic opinion, as it would have in 2008. It puts him in the centre of it. The international bodies like the IMF, which once supported the Tory austerity programme, are now singing from a different hymn sheet. The work of shadow chancellor Anneliese Dodds, combined with the damage wrought by Brexit, allows Starmer the chance to maintain this position while simultaneously offering the olive branch of friendship to business.

Maybe it won’t play out like this. Maybe the Tories will find a way to dampen the inner division they have on this issue. Perhaps the right-leaning press and some clever government sloganeering will succeed in pushing Labour into a more contorted position. But this is a believable – and indeed likely – series of events. It sets up a divided Tory party and a more united Labour party.

Starmer’s speech may not have set off the fireworks. But in terms of the long game, it put the party in an ideal position for the debate which will dominate the next election. When you get past the noise, he continues to make the right calls at the right time.