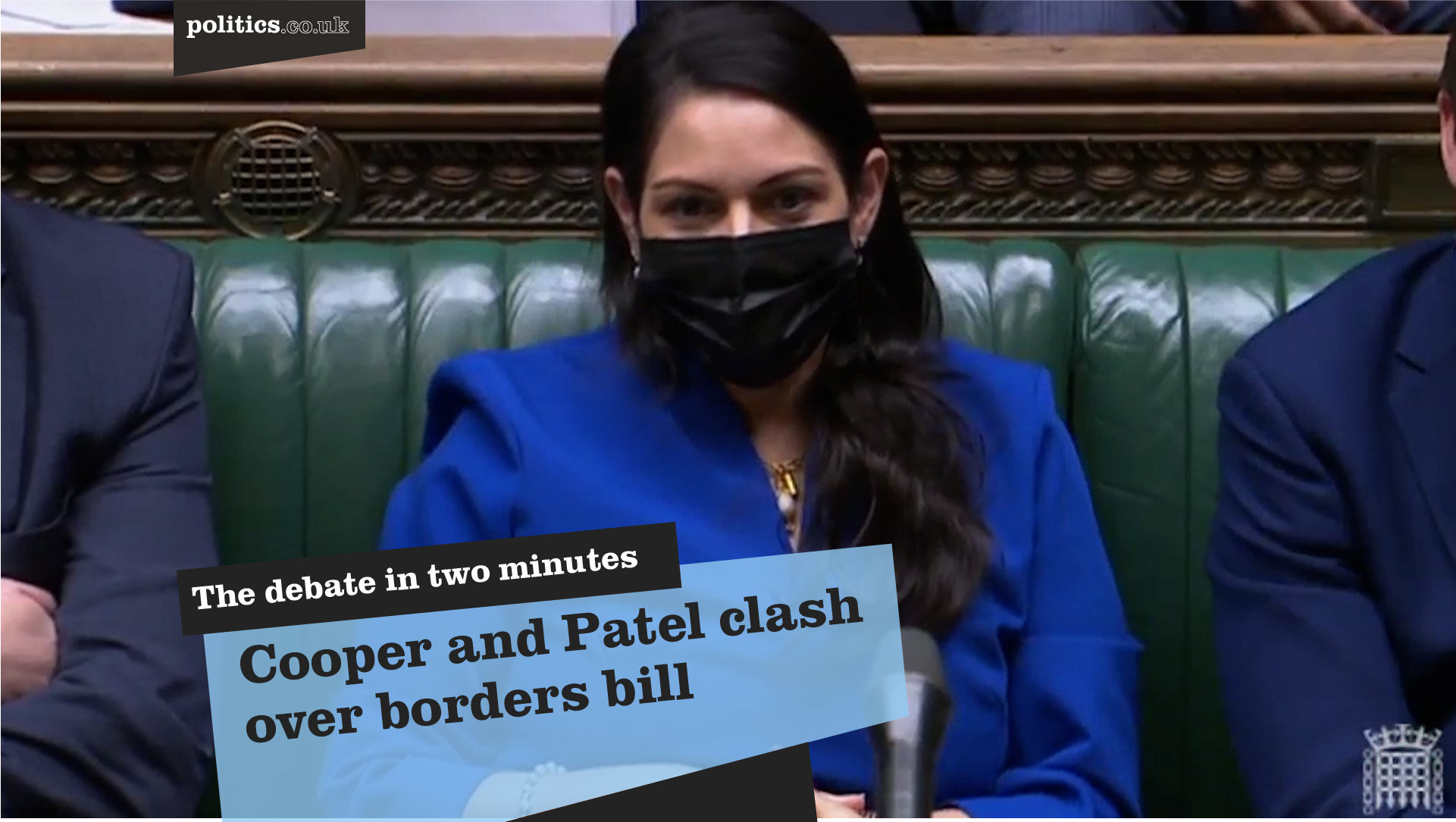 Yvette Cooper has clashed with Priti Patel over the so-called ‘borders bill’ today in the House of Commons.

In her first appearance at the despatch box as shadow home secretary, Cooper accused the home secretary of “letting vile people traffickers and criminal gangs off the hook” and said her speech was “a lot of rhetoric and slogans and not solutions.”

Patel had previously commended the bill to the House, saying: “We want to take back control of our borders.