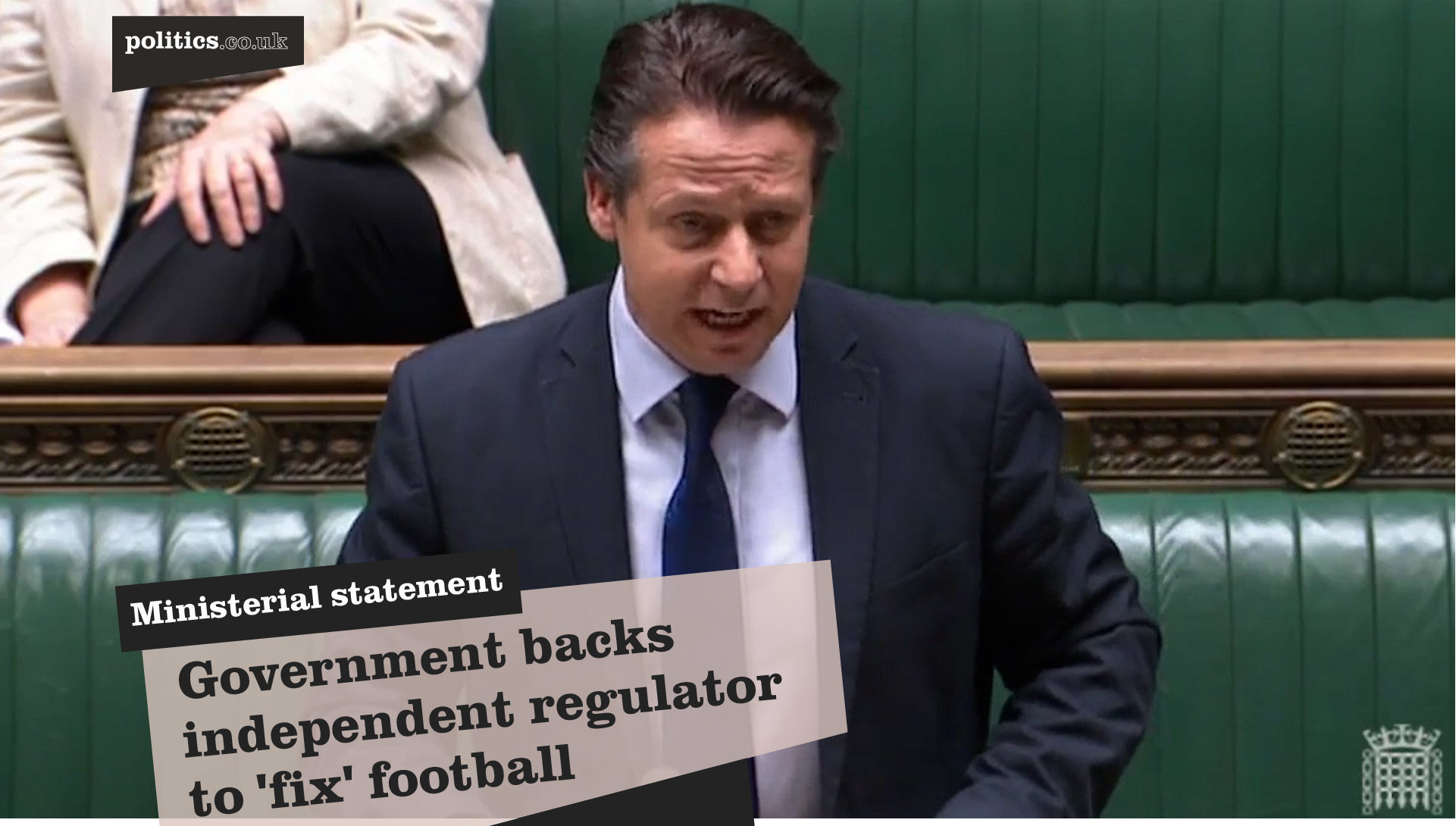 A minister from the Department for Digital, Culture, Media and Sport today told parliament that “football requires a strong independent regulator … I and the government endorse [this] in principle today”.

Nigel Huddleston, parliamentary under-secretary for DCMS, said: “That is what the fans want, and this government is on the side of fans.”

Labour supported the decision, with shadow secretary of state for DCMS, Jo Stevens, saying: “We on this side of the house have called for years for an independent regulator to fix it.

“So we’re therefore delighted that it forms the key recommendation of the report.”