What is Organic Farming?

“Organic farming” is the name given to a variety of agricultural production systems that aim to work “with nature” rather than by conquering it.

“Organic” is most commonly associated with food production, both crop and livestock. However, “organic” methods are also employed in the production of many other goods, leading to products as diverse as timber and clothing being labelled as organic.

The principal differences between organic farming and conventional farming are the former’s extensive restriction of the use of artificial pesticides, fertilisers and other agro-chemicals; its hostility to the agricultural application of biotechnology; its rejection of the routine use of pharmaceuticals on livestock; its attention to animal welfare; and its focus on crop rotation, soil quality and maintaining biological diversity as alternatives to chemicals. In this way, organic farming is in many respects, a return to “traditional” farming methods.

The “Organic Movement” is a well-established and fairly successful strand of the wider environmental movement. Organic food is felt by a growing number of consumers to be safer, more nutritious, taste better and to be less harmful to the environment and animal welfare than conventionally produced food, and the market for it has grown in recent years accordingly.

In 2020 it was estimated by the UK government that 489,0000 hectares of land was farmed organically in the UK.  There were said to be around 5,800 organic operators in the UK, with the revenues from organic food and drink sales said to exceed £2.6 billion.

In the UK, products that are produced in line with organic standards are labelled as such. There are a number of different organic certification schemes in the UK, by far the largest of which is that operated by the Soil Association, which certifies some 70 per cent of UK organic produce.

These schemes are required to comply with standards set by the UK Register of Organic Food Standards (UKROFS), which ensures compliance with European and international organic standards. By law, products labelled as organic must display a certification number or symbol.

Some organic standards include commitments to human rights and fair trade, as well as those elements relating solely to production methods. 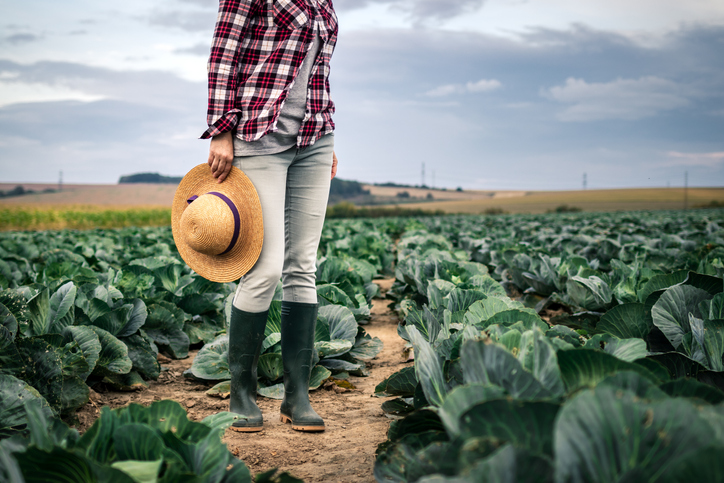 YouGov polling has shown that only 53% of Brits who eat organically identify as a meat/poultry eater.

The organic movement arose as part of a wave of environmentalism that sprang up in opposition to the industrialisation of British agriculture that occurred in the immediate post-war years. The term “organic farming” was coined by Lord Northbourne, in his 1940 book, “Look to the Land”.

In the immediate aftermath of the war, concerns about food shortages ran high, and self-sufficiency in food production was deemed an important national goal. At the same time, successive governments were keen to keep food prices low so as to assist domestic economic recovery. Low food prices were also necessary to retain export markets, with the emergence of the USA and USSR as the world’s agricultural powerhouses.

With cost imperatives driving farmers off the land and causing widespread consolidation of the industry, factory farming developed as the most efficient means of production. The intensification and upscaling of agriculture during the 1960s was supported by Government and EEC grants, and the widespread use of chemicals and pharmaceuticals was encouraged by the Common Agricultural Policy’s sole focus on production.

The Soil Association, which has long been at the head of the British organic movement, was founded in 1946, by a group of farmers, scientists and nutritionists who posited direct connections between farming practice and plant, animal, human and environmental health.

The movement had its intellectual roots in continental theories of “biodynamic agriculture” developed by Rudolph Steiner, the work of Sir Albert Howard in the 1920s, and examples in practice from 1930s Switzerland. Its immediate catalyst was the 1943 book, “The Living Soil”, by Lady Eva Balfour, which detailed the “Haughey Experiment”, the UK’s first scientific side-by-side comparison of organic and conventional farming. Similar movements developed across Europe in the 1950s.

1962 saw the publication of “Silent Spring” by Rachel Carson, which detailed the damaging impact of DDT and other chemicals on the environment, and played a key part in popularising environmentalism.

The social unrest of the late 1960s, leading up to the oil crisis of 1973, were central to the development of the “back to nature” philosophy of the modern environmental movement. Organic farming in particular condemned the environmental degradation inflicted by the CAP.

The demand for Governmental and EU regulation of organic standards grew in the 1980s, following the formation of the International Federation of Organic Agricultural Movements (IFOAM) as an international advocate for organic farming. In 1991, the EU passed Council Regulation EEC 2092/91, which sets the standards that all EU organic producers are required to meet. In the UK, the majority of the Regulation’s stipulations are implemented under the Organic Products Regulation 2001.

Moreover, in 2002, the Government produced an Organic Action Plan as part of its Strategy for Sustainable Farming and Food, drawn up in response to the 2001 Foot and Mouth Disease epidemic.

Environmental concerns and a series of food safety scares, such as BSE, have stimulated demand for organic produce in recent years, leading to a substantial annual rate of growth for the sector. While organic food remains a “niche” product, it is increasingly widely available.

In March 2011, the Scottish Government launched an Organic Action Plan which was prepared in partnership with the Scottish Organic Forum. The Action Plan sets out a definition of organic food and drink and provides an overview of the sector and its future.

Following Britain’s exit from the EU, it was announced that agricultural subsidies would vary depending on the different levels of soil protection.  The government said it had chosen to start with soil because it appllied to most farmers in England and benefits both carbon storage and biodiversity.  The Department for Environment, Food and Rural Affairs said it “recognises the benefits that organic farming can offer to the wider environment” and said it is exploring how to reward organic producers for their existing and long-standing nature-friendly farming methods”.

The organic movement is based on the supposition that conventional agriculture is unsustainable, insofar as it damages the environment, harms animal welfare, and compromises food safety through the use of chemicals.

Both sides have presented extensive scientific evidence in defence of their positions, but even the Soil Association accepts that there are significant gaps in the body of knowledge about the relative merits of the different methods.

At the same time, it is argued by opponents that organic can never be more than a niche market on account of its high production costs and its low levels of productivity. The former, it is claimed, makes organic food an exclusive luxury, insofar as it is more expensive to buy than other food, and is frequently less readily available in poorer areas. The latter implies that organic farming can never be a substitute for conventional farming, particularly in the developing world.

Supporters of organic farming acknowledge that production methods are currently more expensive, but point to the subsidies paid to conventional agriculture and funding provided for research in contrast to organic farming as making the comparison unfair. They also argue that studies show that, when the comparison is fair, productivity rates in at least some forms of organic production are comparable. Under the previous government’s Organic Action Plan, efforts were made to support conversion to organic production and research in organic methods.

There are also controversies about the public’s understanding of the term “organic”. Loopholes in food labelling regulations in general affect organic produce – often making it difficult for customers to understand what they are buying. Furthermore, with a number of certification schemes, and international variations in the definition of “organic”, there is no single unambiguous meaning for the term.

In 2011, the Soil Association released a new report criticising the “passive role of successive UK governments” in supporting the organic market.  ‘The Lazy Man of Europe’ suggested that whilst most European governments had “acted confidently to normalise and champion” organic food and farming, UK governments had been “diffident if not lazy” on the subject.

The Soil Association’s Organic Market Report 2012 revealed that global sales of organic products “continued to defy the economic downturn”, with growth continuing into 2011, the only exception being in the UK where overall sales were down. The Association is now urging the Coalition to “wake up to what Europe can teach the UK about backing organic food and farming.”

Consumers, manufacturers, brands and NGOs are being urged to sign up to organic on the new ‘cottonedon’ micro-site which aims to unite supporters of sustainable cotton across the globe.

The purpose of the campaign is to show that growing organic cotton supports farmers and protects the environment by:

6,100 is the number of organic operators in the UK. [Source – UK government, organic farming statistics, 2019]

The organically farmed area represents 2.7% of the total farmed are area on agricultural areas in the United Kingdom.  3.1% of the total UK cattle population is reared organically. [Source – UK government, organic farming statistics, 2019]

Three in 10 Brits prefer to give their families organic and “natural” food and consider themselves to be healthy eaters.  [YouGov – 2020]

The organic trend also correlated with veganism and vegetarian habits; that is, only 53 percent of Brits who eat organically identify as a meat/poultry eater. [YouGov – 2020].

“Banning individual pesticides (like neonicotinoids) isn’t the answer. History shows these come too late and are simply replaced with another pesticide. Instead, we need to urgently support farmers to fundamentally change how they farm. This is entirely possible without a reliance on pesticides, as organic farmers worldwide demonstrate. Using these greener farming approaches, known as agroecology, farmers aim to work with nature to create a more balanced system that doesn’t rely on pesticides” – Soil Association Website, 2021.

In this cost of living crisis, we can’t afford for our children to go hungry at school
News