What is British Summer Time (BST)?

British Summer Time is the practice of putting the clocks forward by one hour from standard Greenwich Mean Time (GMT), between late March and late October each year.

During the summer months, British Summer Time provides people with an extra hour of daylight in the evening, rather than in the mornings when people are still in bed.

The UK is amongst a number of countries throughout the world that adjust their clocks forward for the summer. The practice is also followed by most of mainland Europe, the United States, Canada, New Zealand, Mexico and Brazil.

In contrast, those countries choosing not to make a clock change and remain on the same time throughout the year include Russia, China, Japan, India, and Iceland. 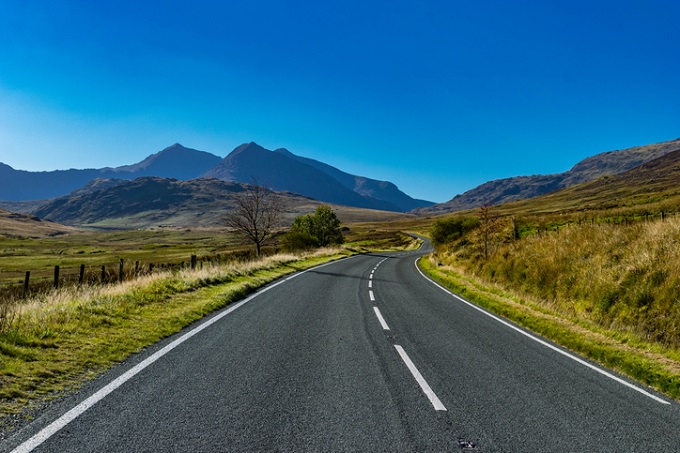 The political debate in the United Kingdom is periodically punctuated with calls for the clocks to be put further forward, both in the summer and the winter.

The most commonly advanced reform is somewhat confusingly referred to, as UK Single and Double Summer Time (SDST).

Under these proposals, the clocks would still go forward and back each year, but the UK would now exist on GMT +2 hours in the summer, and GMT +1 hours in the winter.

Put more simply, this suggestion involves putting the UK clocks forward one hour throughout the entire year. This change would put the UK into the Central European Time Zone.

This proposed reform would provide a further hour of daylight to people through much of the summer evenings. In the winter, the change would again make it lighter in the evenings, albeit the mornings would become noticeably darker, particularly in the middle of winter.

An alternative variation to this reform is one where the UK would simply remain on British Summer Time throughout the year. The UK previously experimented with such an approach between 1968 and 1971.

The political debate around moving the clocks one hour further forward in the UK, both in the summer and the winter (the so called SDST reform) is interesting in part because of the sheer diversity of arguments that are put forward to support the change. These include:

Supporting road safety
Supporters of a change to the so called ‘Single and Double Summer Time’ most frequently cite the benefits that they believe would follow in terms of road safety.

In 2009 a report by the House of Commons Public Accounts Committee published evidence which suggested that as many as 80 lives would be saved each year on Britain’s roads if the clocks were moved permanently forward.

The Road Safety Charity ROSPA has previously said that the change would also avert a further 212 serious injuries each year.

In 2015, the Parliamentary Advisory Council For Transport Safety argued that as many as 50 lives would be saved from moving the clocks forward. Its logic was that the reduction in collisions that would occur during the hours that were made lighter (in the evening), would outweigh the increase in the number of collisions in the hours that would now be made darker (in the morning).

The gain in wellbeing
Those campaigning for a wider change in the UK’s clocks point to the benefits in public wellbeing and public health that would flow from the adjustment. For example, the extra daylight hour in the summer could lead to a potential increase in vitamin D intake.

It is suggested that the extra hour of light in the evening would support people in taking more exercise whether that be gardening (the UK’s most common outdoor leisure activity) or in playing sport. The change is supported by both the Football Association and the England and Wales Cricket Board.

With statistics suggesting that people are 50% less likely to develop chronic mental illness if they are involved in sport and physical activity, moving the clocks forward is also presented as a means of improving mental health. In particular, the proposed change is linked to a reduction in Seasonal Affect Disorder, a form of depression related to the lack of exposure to light, something which the charity MIND, has previously suggested impacts as many as 7% of the population each year.

Reducing crime
It has also been suggested that moving the clocks forward in both the winter and the summer may contribute to a reduction in crime. Data from the British Crime Survey has suggested that half of all criminal offences occur during the hours of darkness. Far more of these crimes however, occur at night and during times of dusk, rather than at dawn.

Campaigners advance that moving the clocks forward would not only make people feel safer as they walk home in the evenings, but would also reduce the level of criminal activities.

Supporting the elderly
Campaigners for a change also include campaign groups for the elderly, who suggest the adjustment would open up more opportunities for older people.

The charity Age UK has been particularly supportive of the change in the past, arguing that many old people currently won’t travel out of their homes in the dark.

A boost to the economy
It has been suggested that increasing the amount of daylight hours in the evening will boost the economy. During previous discussions on this issue, the British Association of Leisure Parks, Piers and Attractions (BALPPA) has suggested that the change might increase revenues in the tourism sector by between £2.5 Billion and £3.5 Billion per year, generating between 60,000 and 80,000 extra jobs in its wake.

Combating climate change
It is also suggested that gains resulting from lighter evenings would reduce energy consumption.  Electricity use is thought likely to drop from using less lights indoors, and from being more active and remaining outside in the lighter evenings.

As such, changing the clocks is positioned as a potential further weapon that could be used to combat climate change.

In 2010 researchers at the University of Cambridge, suggested that extending British Summer Time through the winter could save 500,000 million tonnes of carbon dioxide each year. The researchers likened these savings to an amount equivalent to three quarters of the annual energy output of the city of Glasgow.

The Buildings Research Establishment has though taken issue with these claims. It has suggested that the change to GMT +1 in the winter may cause people to put extra lights on during the morning. Pending people’s behavior, if these lights were then left on during the day, they suggest that in the winter, it is possible that energy demand might actually increase.

What is the opposition to changing in the clocks?

In light of the diversity of interest groups that would appear on first glance to support moving the clocks further forward in the United Kingdom, it might seem surprising that such change has not materialised.

Historically the debate on changing the clocks has met with opposition from agricultural groups, although the National Farmers Union officially remains neutral on the issue.

In recent years it has been suggested that a change in the clocks would have a lesser impact on the farming community given technological developments in machinery and lighting.  A number of livestock farmers though, claim that the switch would have a detrimental effect on both their practices and animals, and they may be less able to adjust to the change.

There has also been historic opposition from other sectors, such as construction and postal workers, where the working day typically starts earlier.

Others opposed to the change have suggested that moving the clocks forward an hour, particularly in the winter, would require many children (particularly in the north of England and Scotland) to walk to school during darker mornings. This is said to have its own conflicting safety implications.

The most significant opposition to moving the clocks further forward has come from Scotland. Scotland’s closer proximity to the pole would make its morning’s particularly dark as a result of these changes.

In a quirk of the current devolution arrangements, time is a devolved matter for Northern Ireland, but remains reserved to Westminster for Scotland and Wales.

Without consensus for change between Scotland and England, the government in Westminster says it has no plans to unilaterally change the current arrangement. Indeed, within the context of the current devolved arrangements, it would be politically toxic for it attempt to do so.

The history of British Summer Time

Greenwich Mean Time (GMT) was established in 1884 at the International Meridian Conference, when it was decided to the place the Prime Meridian at Greenwich, England.

British Summer Time was first given a statutory footing in the UK through the Summertime Act 1916.

Double summer time was temporarily introduced to support the war effort from 1941 to 1945.

The ensuing Summertime Act of 1972 sets out the current method of calculation.

Over the years, there have though been some further legislative attempts to change the current system.

In 2010-2011, the Conservative MP Rebecca Harris introduced a Private Member’s Bill that would have required the production of a cost benefit report on advancing the time by one hour throughout the year for the whole UK (known as Double Summer Time), and to permit a fresh three year trial to take place. However, her Bill met with considerable opposition in the House Commons and eventually ran out of time during its report stage in January 2012.

In 2012, the coalition government undertook a review into the potential changing of the clocks, but as of today, the current system remained unchanged. .

Although no longer relevant to the UK post Brexit, in 2019, the European Parliament voted to scrap an EU-wide rule that required its member countries to practice daylight saving time. From 2021, European countries in the EU will have the right to choose whether to stay on either permanent summer time or winter time.

During the first quarter of 2021 amidst a time of coronavirus lockdown, the Conservative MP, Tobias Ellwood suggested that with many people restricted to their homes, the clocks should temporarily be moved forward in February, as part of steps to improve national morale.

59% would opt to remain permanently on summer time, sacrificing light in the morning in the winter for more daylight on summer evenings. [Source – Yougov – March 2019]

Only 22% would prefer to fix the clocks to winter time, granting more light on winter mornings but an earlier sunset on summer nights. Amongst those in Scotland the equivalent figure was 28%.
[Source – Yougov – March 2019]

Changing time: Why do our clocks go back?

“Sunlight brightens our day: it lifts morale, raises our spirits and encourages outdoor activity. Yet as we advance towards spring, ever more of us rise after sunrise but stay awake long after sunset, effectively wasting daylight”. ..”Transferring an hour of daylight from the morning to the evening would make far better use of this valuable free commodity”. Tobias Ellwood, MP, 2021.

A ban on strikes is an attack on democracy
Uncategorized