Ann Noreen Widdecombe started to contemplate a career in politics as a teenager.

As an Oxford undergraduate studying Philosophy Politics and Economics, Widdecombe joined the Society for the Protection of Unborn Children (SPUC), and continued her interest in student politics as Secretary of the Oxford Union in 1971 and its Treasurer in 1972. Her main motivation at the time was to ‘fight socialism’, and Widdecombe’s raison d’être has hardly altered since.

After her twenty three year career as a Conservative MP ended in 2010, Widdecombe took to the Strictly Come Dancing ballroom and, then, to Brussels, becoming an MEP for Nigel Farage’s Brexit Party.

Widdecombe is a prominent convert to Roman Catholicism; she converted in 1993 following the Anglican Church’s decision to allow the ordination of women. 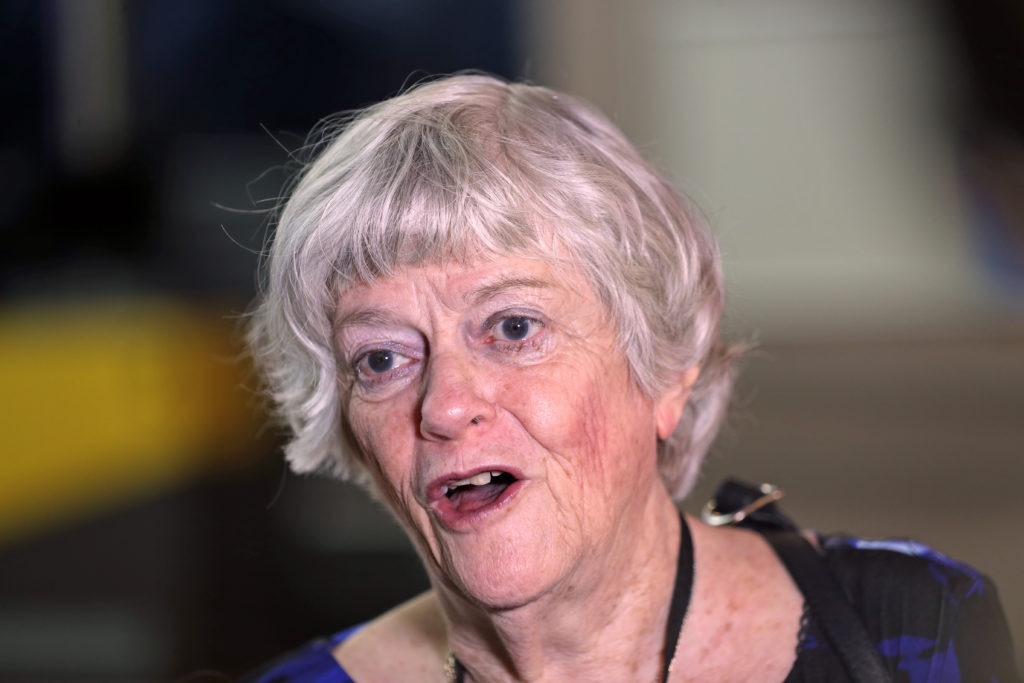 After two years working as a Marketing Executive at Unilever, which she now describes as a ‘mistake’, and two years as a councilor in local government, Ann Widdecombe began to contest Westminster seats for the Conservative Party.

Losing out in the 1979 and 1983 General Elections, Widdecombe was elected to the Commons for the safe Kent constituency of Maidstone in 1987. In 1990, Widdecombe joined John Major’s government as an Under-Secretary of State for Social Security and then for Employment in 1993.

In 1995, she joined the Home Office as Minister of State for Prisons famously remarking that her then boss Home Secretary Michael Howard had, ‘something of the night about him’.

Widdecombe considered a run for the leadership herself in 2001, but eventually decided against it. Widdecombe found that despite being popular among the membership, it was hard for her to muster the necessary support amongst the Parliamentary party.

After a failed attempt to run for the position of Commons Speaker after the resignation of Michael Martin, Widdecombe left Parliament in 2010.  She later declared she ‘prefer[ed] Countdown to Question Time‘.

As a long-time favourite of grassroots Conservatives, Widdecombe became a frequent figure on the after dinner speaker circuit of local Tory associations.

In 2019, Widdecombe made a shock return to front line politics as the lead candidate for the Brexit Party in South West England. In keeping with results nationally, Widdecombe was elected as a Brexit Party MEP to the European Parliament on 23 May 2019.

Widdecombe also stood as a Brexit Party candidate for Plymouth Sutton at the 2019 General Election but came third.

After initially turning down ‘Strictly Come Dancing’ five times, Widdecombe said ‘yes’ to the programme in 2010.

As Anton du Beke’s dance partner, Widdecombe stayed on the programme for 9 weeks. In this time, she became well-loved for her comedic – albeit questionable quality – routines.

A staunch Brexiteer, Widecombe used her maiden speech in the European Parliament to compare the 2016 Brexit vote to the emancipation of slavery. Widdecombe told the Parliament, ‘There is a pattern consistent throughout history of oppressed people turning on the oppressors. Slaves against their owners’.

Widdecombe has a staunchly conservative approach to social policy. She is strictly anti-abortion, anti-gay marriage and, even, anti-feminist.

Widdecombe has expressed doubt as to the science behind Climate Change, and she was one of five MPs to vote against the Climate Change Act of 2008. In 2011 she had said that climate change money should be directed to the armed services.

However, Widdecombe has long taken a more liberal view of fox-hunting. She was one of 20 high-profile politicians/ex-politicians who signed a letter to MPs in 2015 asking them to vote against David Cameron’s plan to amend the 2004 Hunting Act.

Widdecombe never married and assures people she is content being single. Widdecombe has commented that ‘Mr Right never came along, and it was never a big enough priority to go out looking for him’.

Contrary to some popular inquisition, Ann is not related to the comedian Josh Widdecombe.

Now living in Dartmoor, Widdecombe grew up in Bath, Somerset to a ‘very’ Conservative civil servant father. Widdecombe used to live with her widowed mother, Rita, until her death in 2007.

Ann Widdecombe – Things you may not know

She has appeared in Pantomime
Following a seemingly successful stint on Strictly Come Dancing, Widdecombe has since tried her hand at Panto. A sporadic performer, Widdecombe performed for seven nights in 2012 as the star in La Fille du Regiment at the Royal Opera House. Reviews were mixed: ‘Mortifyingly inept’ according to the Telegraph.

She was once an agony aunt
A ‘no-nonsense’ politician, in 2004 Widdecombe took the natural career move and became an Agony Aunt for the Guardian. Widdecombe’s column lasted 3 months.