First elected to the marginal Hastings and Rye constituency in 2010, Amber Rudd quickly rose up the Conservative Party ranks to become a prominent frontbench figure.

After holding junior roles in the Coalition Government, Rudd was promoted to the Cabinet in 2015 as Secretary of State for Energy and Climate Change. She then succeeded Theresa May as Home Secretary.

Rudd subsequently resigned twice from the Cabinet. On the first occasion, Rudd resigned as Home Secretary amid questions over immigration targets and the Windrush scandal.

On the second occasion, Rudd resigned as Secretary of State for Work and Pensions over objections to Boris Johnson’s Brexit policy. Rudd then stood down from parliament in 2019; although Rudd has pointedly refused to rule out a political comeback. 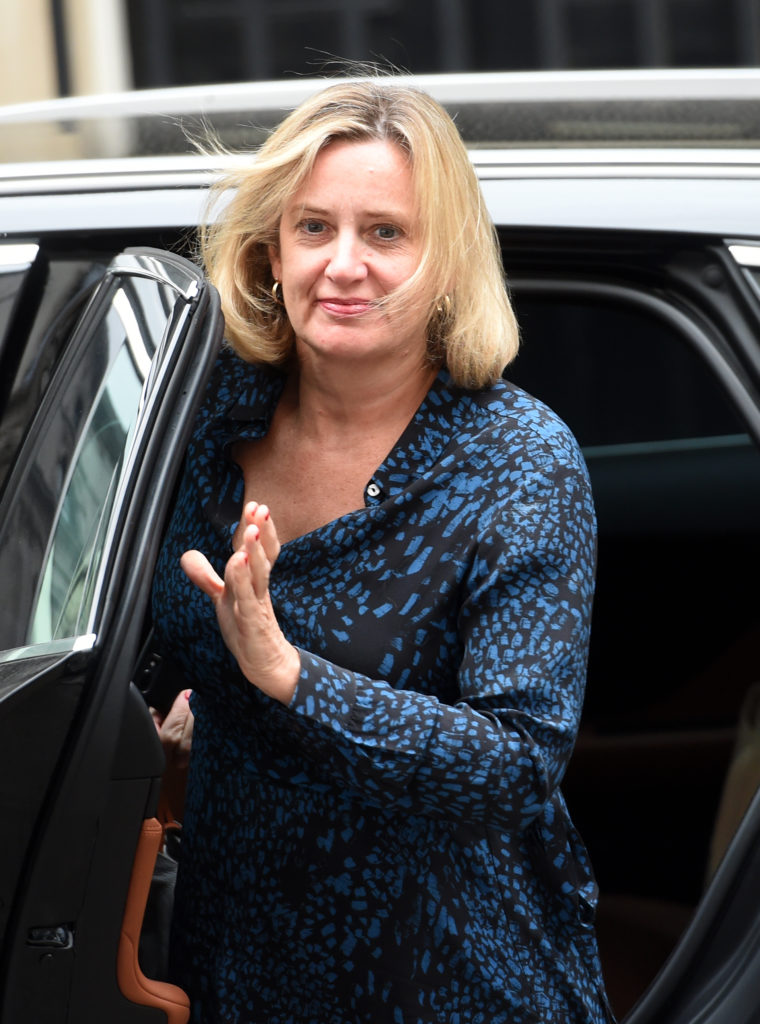 Amber Rudd – Could she make a political comeback?

Rudd was first elected to Parliament for Hastings and Rye with a majority of 1,993 votes at the 2010 election. During her first term, Rudd served as Parliamentary Private Secretary to George Osbourne (2012-2013) before moving to the Whip’s office (2014) and, finally, to the Department of Energy and Climate Change as a junior minister.

Returning to Parliament with an increased majority in 2015, Rudd took up a Cabinet position as the new Secretary of State for Energy and Climate Change.

When Theresa May became PM in 2016, Rudd was appointed Home Secretary, and in doing so became the fifth woman to hold a ‘Great Office of State’. However, in the midst of the ‘Windrush’ scandal, Rudd was considered to have misled the Commons Home Affairs Select Committee on deportation targets. This promoted Rudd’s first resignation.

At the 2017 General Election, Rudd came close to losing her seat, only holding on to the Hastings and Rye constituency with a majority of 346 votes.

Following the 2018 resignation of Esther McVey as Secretary of State for Work and Pensions over Theresa May’s Brexit withdrawal agreement, May appointed Rudd in her place. When Boris Johnson became Prime Minister, Rudd retained her position in the Cabinet but later resigned a few months later over the new Prime Minister‘s Brexit policy.

In October 2019, Rudd announced she would stand down as an MP at the upcoming General Election.

What is Amber Rudd doing now?

Since leaving the Commons, Amber Rudd has been appointed as a senior adviser to public relations firm Teneco.

Rudd hasn’t ruled out returning to parliament, indeed, she told the Evening Standard upon her resignation: ‘I’m not finished with politics, I’m just not standing at this election‘. Rudd has toed this line in interviews since.

Rudd campaigned for ‘Remain’ in the 2016 EU referendum and even appeared on the same platform as the SNP’s Nicola Sturgeon during ITV’s Brexit referendum debate.

In 2018, while no longer a Cabinet minister, Rudd suggested that a second referendum might be the appropriate action if parliament was deadlocked. Rudd claimed that, ‘Parliament has to reach a majority on how it’s going to leave the European Union’, adding, ‘If it fails to do so, then I can see the argument for taking it back to the people again, much as it would distress many of my colleagues’.

Rudd was firmly opposed to a ‘no-deal‘ Brexit, saying in 2019 it would cause, ‘generational damage’ to the economy. In September 2019, around the time that a number of Conservative MPs lost the Tory whip, Rudd resigned her seat in Cabinet citing her opposition to a ‘no-deal‘ Brexit as the reason.

An alumnus of Cheltenham Ladies College and Edinburgh University, Rudd initially chose a career in finance as a Merchant Banker at JP Morgan. Rudd then moved into recruitment, starting her own her own recruitment business.

Rudd married the writer and journalist Anthony (AA) Gill in 1990 and the couple had two children together. In 1995, Rudd and Gill divorced.

Rudd’s daughter is Flora Gill.  Flora Gill is a journalist who has written for GQ Magazine, the Evening Standard and The Sunday Times Magazine

Rudd was once briefly romantically linked with the now Business Secretary, Kwarsi Kwarteng.

Amber Rudd – Things you may not know

She worked on the film ‘Four Weddings and a Funeral’

In 2016, Rudd revealed she worked as an ‘aristocracy coordinator’ on the hit British film ‘Four Weddings and a Funeral’.

She is a descendent of King Charles II

In 2016, the Daily Mail reported that Rudd is a ‘direct descendent’ of 17th century King, Charles II. Rudd is also a distant cousin of David Cameron’s wife, Samantha.

On May 2020, Rudd was ‘no-platformed’ by Oxford students only 30 minutes before her planned appearance at an International Women’s Day event. Writing on Twitter, Rudd said: ‘Badly judged and rude of some students last night at Oxford to decide to ‘no platform’… They should stop hiding and start engaging’.