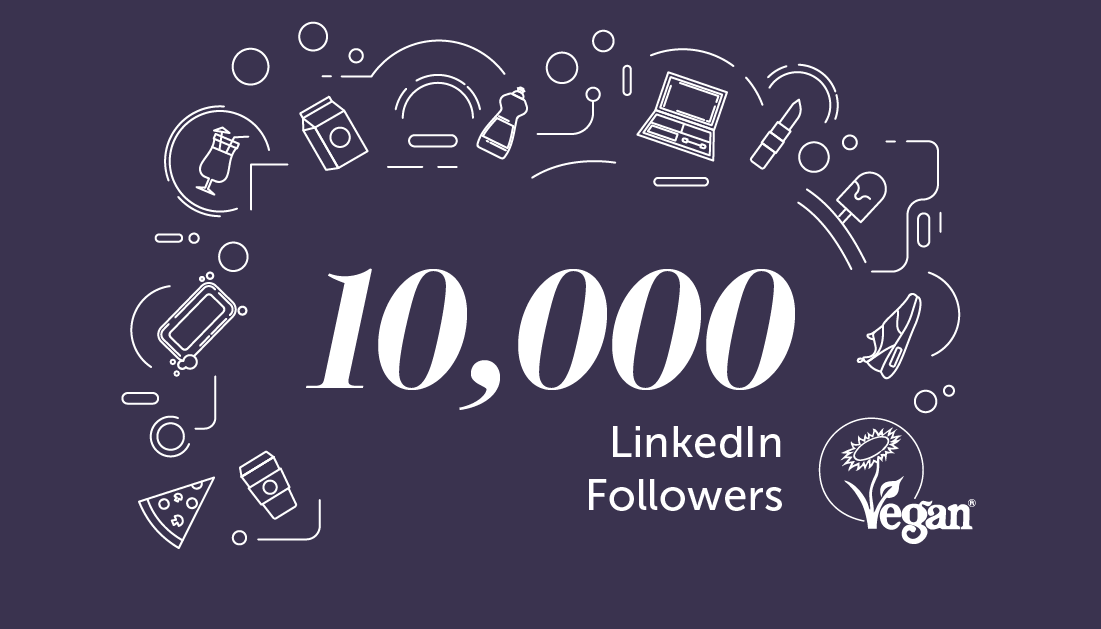 The Vegan Trademark page has only been active since 2020 but now posts announcements, partnerships and information about upcoming Trademark events at least four times a week.

Since its creation, the page has featured testimonials from some big-time players in the vegan movement including Moving Mountains, One Planet Pizza, Violife, Pieminister, Pinatex, Ration L, Faith in Nature, Kaamos and Ethical Bedding.

Yet it was a post with Skittles in May 2021, shortly after they registered with the Vegan Trademark, that has had the most amount of impressions to date – an impressive 94,970.

The Vegan Trademark is the oldest, largest, and original vegan verification scheme, managed by a team of vegan experts to give brands and consumers alike confidence in their purchasing decisions. By encouraging the development of vegan options and improving labelling on suitable products, it has helped make a vegan lifestyle even more accessible, appealing, and often more affordable.

Katie Grant, B2B Marketing Officer at The Vegan Society, said: “The Vegan Trademark team have been working really hard over the last year to grow and strengthen our presence on LinkedIn. We understand and appreciate the power in having a voice on social media and know that LinkedIn in particular is one of the best platforms for sharing announcements with different stakeholders.”

“From new partnership deals or announcements and events involving our many Trademark holders, having a place to shout about our B2B work is really fantastic. Our 10,000 followers also comes just a few weeks after we registered our 60,000th product so it really is all go and all of this solidifies our status as a vegan market leader.”

Currently the Vegan Trademark LinkedIn page has 10,039 followers, while the charity’s main page, The Vegan Society has 28,147 followers. In recent years, the UK-based team has expanded globally and now boasts registration from over 75 different countries around the world. This is reflected in the LinkedIn following with London, (12.71%), Amsterdam, (2.87%), Barcelona (2.87%) and New York (2.85%) topping the list of follower locations.