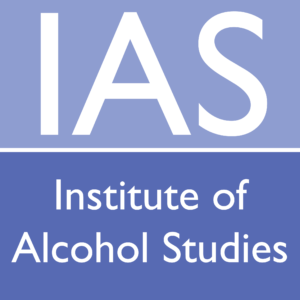 30 September 2021 – A new study highlights the prevalence of alcohol advertising in the Guinness Six Nations Rugby Championship and subsequent risk to children, with adverts appearing hundreds of times throughout matches.

Researchers at the University of Stirling found 961 references in the Scotland vs. England match and 754 in the Ireland vs. Wales match: every 12 and 15 seconds respectively.

Previous research1 has shown that children exposed to alcohol advertising are more likely to start drinking at a younger age, and drink more heavily in later life. This new study adds to a wealth of information showing the failings of alcohol marketing regulations, particularly in sport.

In the UK, alcohol marketing is self-regulated by the alcohol industry, with its code of practice2 stating that “drinks companies must use their reasonable endeavours…to ensure that at least 75% [of the audience] are aged over 18”. Katherine Severi, Chief Executive of the Institute of Alcohol Studies, argues that “This is slightly meaningless posturing when the Six Nations has an audience of 125 million3. Under these rules it is permitted for over 30 million children to see and be influenced by alcohol ads.”

Ireland is set to restrict such marketing from November this year from appearing in or on a sports area during a sporting event. Study authors Dr Richard Purves and Dr Nathan Critchlow rightly ask “how Ireland’s impending restrictions may influence alcohol marketing practice in future iterations of the tournament”.

Their study shows how the alcohol industry has worked to circumvent marketing restrictions in France with so-called ‘alibi marketing’: using features that are linked to the brand without explicitly referring to it – a practice that has been used by tobacco companies in sport too4&5. In France, the Six Nations’ lead sponsor, Guinness, uses the term ‘Greatness’ instead – with the same branding.

The study found that this occurs in France matches despite alibi marketing appearing to be against the French regulations, which prohibit “advertising [that] by its design, use of a name, trademark, advertising emblem or other distinctive sign, recalls an alcoholic beverage”.

Dr Purves and Dr Critchlow’s study highlights the continued presence of alcohol marketing in France and its implications for Ireland’s restrictions: “The continued presence of alibi marketing in France does have implications for the regulators and policymakers overseeing the new restrictions in Ireland, namely whether alibi marketing will also be restricted under the wording of their legislation and what arrangements are in place to monitor and enforce the restrictions.”

Dr Sheila Gilheany, Chief Executive of Alcohol Action Ireland said “This is a great opportunity for Ireland to implement a public health policy that will reduce alcohol advertising exposure to children. As this report highlights, the Irish Government and public health officials need to be wary of the current loopholes we see in the French approach, and ensure our regulations protect against this.”

Recent opinion polling7 by the Alcohol Health Alliance shows that the UK public wants the Government to do more to protect children’s exposure to alcohol advertising. Dr Severi said “Much like with minimum unit pricing, the Westminster Government is a few steps behind the devolved nations and Ireland when it comes to marketing restrictions. We hope that this new study, and the public’s support for such regulations, will encourage the UK Government to follow suit in launching its own consultation.”