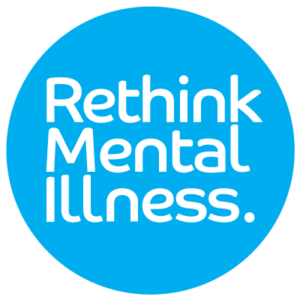 On Monday, the Welfare Reform and Work Bill reaches the report stage in the House of Lords.  Clauses 13 and 14 of the Bill propose cuts to the Work Related Activity Group (WRAG) of Employment Support Allowance (ESA) and the limited capability for work element of Universal Credit, respectively. This would mean a cut of approximately £30 a week for people with long term health conditions or disabilities.

The independent review of the proposed cut, conducted by Lord Low, Baroness Meacher and Baroness Grey-Thompson, found there was no evidence to show that the change would help people into work. In fact, the best evidence available points to the opposite, that reducing support will push people further from the work place.

The purpose of the WRAG group is to provide a middle way between people who are deemed too sick to work (and are placed in the Support Group) and those that are claiming Jobseekers Allowance (JSA).  It was developed to help people who are currently too unwell to work but who could take steps to rejoin the workforce in the future, providing the right support is in place.
The proposed legislation is completely overlooking health as the key factor that’s keeping people out of work.
A recent survey by Rethink Mental Illness found that 67% of people with mental illness who were accessing benefits said they wanted to work or were already looking for work.

Approximately 260,000 people with mental illness currently rely on this financial support, while many thousands more will need to access it at some point in their lives. Everyone in this group has been independently, medically assessed as being too ill to work.

The same survey found that 78% of respondents said they would need more support from health services if their benefits were cut. These extra costs to other services have not been adequately considered.

The independent review found strong evidence that suggested reducing the money people receive in the WRAG group would mean people could struggle to deal with the financial, social and emotional impact of their condition, which in turn, will lead to worsening health, moving this group further away from work.

Conversely, it could lead to people returning to work before they are well enough to do so. This can be detrimental to their recovery and keep them out of the workplace in the long term.

We’ve heard from supporters who have been given the JSA rate of support and taking unsuitable jobs, despite not being able to cope, just to keep enough money coming in. A revolving door pattern emerges, where they start a job they are not ready for, get unwell, and are forced to leave. Unsurprisingly this results in their mental health worsening.

The Government’s commitment to provide extra investment in employment support is welcome, as we have seen how effective the right support can be. Help accessing courses, writing CVs and job hunting can really make a difference. But it is crucial that this is provided alongside, rather than instead of, the money currently paid to those in the WRAG.

The independent review recommended that the government rethink the cut and instead put in place better support to help people build up their skills, look for and stay in work. This recommendation is supported by charities and organisations working with those who will feel the effects of this cut.

This legislation is counter intuitive, and evidence suggests it has the potential to move us further away from our common goal of supporting people with disabilities in their return to work.  We urge Peers to remove clauses 13 and 14 from the Welfare Reform and Work Bill on Monday.