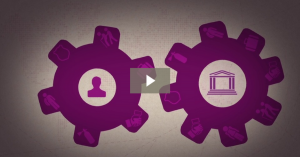 One Place, One Budget

One Place, One Budget

Counties represent the heartland of the UK.  CCN’s 37 members serve over 23 million people living in counties that cover over 86% of England’s land mass.

Counties have achieved huge savings over the last four years, managing a 40% reduction in our core grant while improving people’s satisfaction with our services, but this is becoming unsustainable.

When combined with a rise in demand for the services we provide, it is clear we need a new approach to meet the challenges. It’s an approach we described in our Plan for Government as ‘One Place, One Budget.’

There are many bodies spending public money in a local area – by bringing these different bodies and budgets together we can share resources in new ways and create effective new partnership arrangements.

These new partnerships would bring together different services and make them work as one, quickly meeting the needs of local residents while saving tax payers money.  The hard won lessons in efficiency learnt by counties over the last four years can be shared with our partners.

By coordinating services under the leadership of counties, there will also be clearer and stronger democratic accountability for the performance of these services.  County councillors have closer links to their communities than Whitehall Mandarins and can reduce levels of bureaucracy meaning more money to spend directly on services.

Combined, our proposals mean county led transformation that would lead to more effective local public services and the creation of a system that places local residents, instead of central Government, in the driving seat of public service reform.

CCN’s Plan for Government and One Place, One budget are the blue print for what effective public services could look like in the 21st century.

Read the full report to find out more.