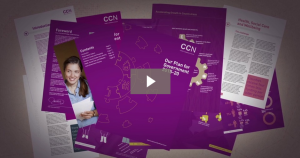 Counties represent the heartland of the UK. CCN’s 37 members serve over 23 million people living in counties that cover over 86% of England’s land mass.

Counties are vital to the UK’s continued recovery. Together they contribute in excess of £492 billion to the economy each year, with our communities generating over half of England’s economic growth outside London. In doing so, Counties provide more than half of UK jobs in key sectors like construction, manufacturing and the motor trade.

Counties play a central role in developing the right environment for UK businesses to thrive and create the economic growth vital for national prosperity.

But this work is under threat.

Like the rest of local government, counties have felt the effect of public sector funding reductions.

While we recognise that we must all play our part in tackling the deficit, less funding means fewer opportunities to support local businesses.  The solution? Whitehall needs to devolve the money it already spends in a local area to where it can be used most effectively – an approach we call One Place, One Budget.

Counties have published Our Plan for the next Government which sets out this new, more effective relationship between local and central Government.

A relationship that would mean public money would be better targeted at the priorities of local businesses and local people, leading to:

It would be funded by a Core settlement made up of devolved funds and the proceeds of tax generated from rapidly growing local businesses.

Overall, this approach would provide a better return on investment for public money spent supporting growth and a bigger contribution to the national purse.

The Plan for Government and One Place, One Budget are a blueprint for the future success of county areas and the UK as a whole. How are you going to help us deliver for our communities? Read the full report here.