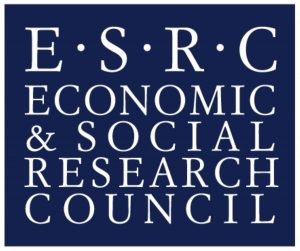 One of the greatest social changes across Europe in recent decades has been the increase of women in the labour market. However, changes in women’s work patterns have not always been matched by changes in the division of household tasks between the sexes, reveals a study from the European Social Survey.

So perhaps not unfairly women often feel their work is never done, with those working full-time still responsible, on average, for around two-thirds of the total time heterosexual couples spend on housework. However, with women doing most of the housework this can lead to feelings of work-life conflict – for men!

The ‘double-burden’ of paid and domestic work on women’s experiences of work-family conflict was also explored, which found that despite the added burden of being responsible for most of the housework, women in these countries working full-time did not experience greater feelings of work-life conflict than men working similar hours. In fact, these findings from a large study by the ESS suggest that it may be men rather than women who have the most to gain from a more equal distribution of housework between the sexes.

Northern European men whose female partners did most of the housework were more likely to experience work-family conflict, compared with men who took on a larger share of the housework. Perhaps men in this situation feel guilty for not doing their fair share or perhaps the unequal division of household tasks creates tension between them and their partner?

These are some insights into attitudes on moral and social issues that have been revealed in newly published findings from the European Social Survey (ESS) and shows that significant differences between countries still remain despite closer European integration.

ESS, whose fieldwork in the UK has been funded by the Economic and Social Research Council (ESRC), has collected data from more than 250,000 interviews in 30 countries over the last decade on a wide range of topics that tap into key issues facing contemporary Europe. These include people’s experience of working in a recession, welfare state, political participation, immigrants’ civic participation, fear of crime, well-being, ageism and homosexuality.

Paul Boyle, Chief Executive of ESRC, commented: “This latest selection of findings from the European Social Survey provides a valuable insight into attitudinal and behavioural trends across Europe.  Despite the closer integration of these countries through the European Community, it highlights that significant differences remain. Only through the production of such rigorous, cross-national data will key stakeholders and policy makers be able to interpret how the social, political and moral fabric is not only changing within individual countries but also throughout Europe as a whole.”

Director of the ESS, Rory Fitzgerald, said: “The European Social Survey has been measuring social attitudes and behaviour across Europe for just over a decade. The data paints a fascinating picture of the differences and similarities across Europe and highlights important regional variation. For instance the Great Recession has led to a growing economic and political gap between North and South, whilst attitudes towards homosexuality have become more polarised between East and West. The ESS Findings Booklet reminds us that there are many social, economic and moral differences between the countries and regions of Europe.”

Six ESS surveys have now been conducted, carried out every two years and covering more than 30 countries throughout Europe. Further rounds are planned to paint an accurate picture of European attitudes.

The UK has led the ESS’s application for ERIC status, on behalf of 15 countries. The European Commission’s decision setting up the ESS ERIC is anticipated shortly.
ESRC Press Office:

The Economic and Social Research Council (ESRC) is the UK's largest organisation for funding research on economic and social issues. It supports independent, high quality research which has an impact on business, the public sector and the third sector. The ESRC’s total budget for 2012/13 is £205 million. At any one time the ESRC supports over 4,000 researchers and postgraduate students in academic institutions and independent research institutes.

The story – A woman’s work is never done is based on Jacqueline Scott and Anke Plagnol’s 2012 paper ‘Work –family conflict and well-being in Northern Europe’, which was published as part of an edited collection by Jacqueline Scott, Shirley Dex and Anke Plagnol (Gendered lives: Gender Inequalities in Production and Reproduction, Edward Elgar publishers).

The European Social Survey (ESS) is an academically-driven social survey designed to chart and explain the interaction between Europe's changing institutions and the attitudes, beliefs and behaviour patterns of its diverse populations. The ESS was established in 2001, and was led by its founder and coordinator Roger Jowell until his death in December 2011. The survey covers over 30 nations and employs the most rigorous methodologies.

Currently in the midst of its sixth round, this biennial cross-sectional survey covers more than thirty nations and employs the most rigorous methodologies. The ESS website provides comprehensive information about the project (www.europeansocialsurvey.org). In addition two collections of findings are available: one summarises findings from previous rounds of the survey; the other provides 'topline' results on focused topics. All publications are available from the website.

Based at City University London, the ESS has become one of the largest and most reliable sources of data about Europe’s evolving social, political and moral fabric.
The ESS has received funding from the EC's Framework programmes, from the European Science Foundation, and from national funding councils in participating countries (Economic and Social Research Council ESRC in the UK). In January 2013 the ESS applied for selection as a European Research Infrastructure Consortium (ERIC).

The ESS is directed by a multi-nation Central Coordinating Team led by Rory Fitzgerald at the Centre for Comparative Social Surveys, City University London. The six other partners are NSD (Norway), GESIS (Germany), SCP (Netherlands), ESADE at the University of Pompeu Fabra (Spain), University of Leuven (Belgium) and University of Ljubljana (Slovenia).