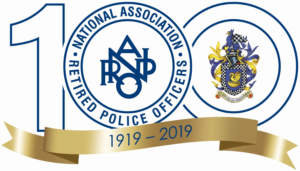 The National Association of Retired Police Officers (NARPO) continues to be concerned at the current inaction of the Home Office in rectifying a problem that they created for elderly, injured retired police officers in several forces throughout England and Wales. In 2004 the Home Office issued advice to Forces that they reduce the pensions of all former officers injured on duty to the lowest level at age 65 years of age or older.

NARPO has always been opposed to the Home Office circular, which was not adopted by all forces. However, those that did adopt the recommended policy have been warned by NARPO that relying on the circular was likely to lead to them adopting a policy that did not meet the requirements of the legislation governing these officers’ pensions.

The NARPO position has been supported by several decisions of the Pension Ombudsman. Nonetheless, several forces have continued to reduce the pensions of old and infirm former officers, causing genuine hardship for many. Several legal challenges in the North East of England have now shown procedures to reduce pensions in this way do not meet legal requirements, and some former officers have been returned to their original pension payments and have been compensated for the reduction in that pension.

The Home Office have been working on alternative guidance for well over 2 years, but initial efforts to produce a fair alternative guidance have resulted in a proposal which NARPO believes ignores both legal requirements, and the recent legal decisions. The NARPO response to that draft circular is available below.

NARPO is now calling for the Home Office to immediately advise all forces which adopted policies based on their 2004 Home Office circular to rectify the problem by returning all officers affected to their former level of pension, and compensate them for the unlawful reduction to that pension.

‘This is a long and sorry tale of forces seeking to save money at the expense of our older, infirm members, who were injured serving their local communities, in a way that is clearly unlawful. NARPO has tried to highlight these issues directly to those forces, which adopted the advice of the Home Office. It is time the Home Office came forward immediately with advice to rectify this clearly unlawful reduction of officers’ pensions. This will not only save our members from considerable further suffering following years of uncertainty and further loss of pension for many, but will also save some forces from wasting considerably more sums of public money.’